Manbij roadmap needs to be completed before end of 2018, FM Çavuşoğlu says 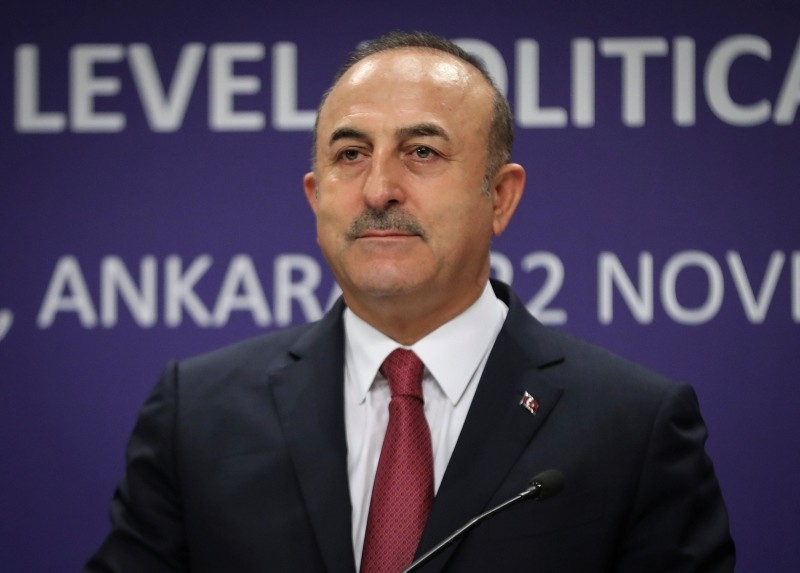 Foreign Minister Mevlüt Çavuşoğlu said Friday that the Manbij roadmap agreed by Turkey and the U.S. needed to be completed by the end of this year and once it is implemented there, the east of the Euphrates will be rid of the People Protection Units (YPG).

In an effort to assuage the concerns of Turkey, Washington reached the Manbij agreement in June with Ankara that focuses on the withdrawal of YPG terrorists from the northern Syrian city of Manbij to stabilize the region.

Since implementing the deal has been sluggish, Turkey called on the U.S. to take the necessary steps to accelerate the efforts.

In accordance with the Manbij agreement, Turkish and U.S. troops began joint patrols on Nov. 1. Since June 18, the Turkish Armed Forces (TSK) has carried out 68 unilateral patrols in Manbij. The third round of joint patrols was conducted yesterday.

Speaking to broadcaster CNN Turk, Çavuşoğlu also said the United States had not informed Turkey of an audio recording regarding Khashoggi's killing, a day after after a Turkish daily reported that the CIA was in possession of a recording in which the Crown Prince ordered to "silence Khashoggi".

Commenting on U.S. President Donald Trump's remarks on the investigation into Khashoggi's killing, the minister said they showed that he will turn a blind to the incident no matter what.

On Tuesday, Trump vowed to remain a "steadfast partner" of Saudi Arabia despite saying that Saudi Crown Prince Mohammed bin Salman may have known about the plan to murder Khashoggi last month.

He also said there was no reason President Recep Tayyip Erdoğan and the crown prince could not meet during a visit to Argentina for the G20 summit, adding the final decision was Erdoğan's.