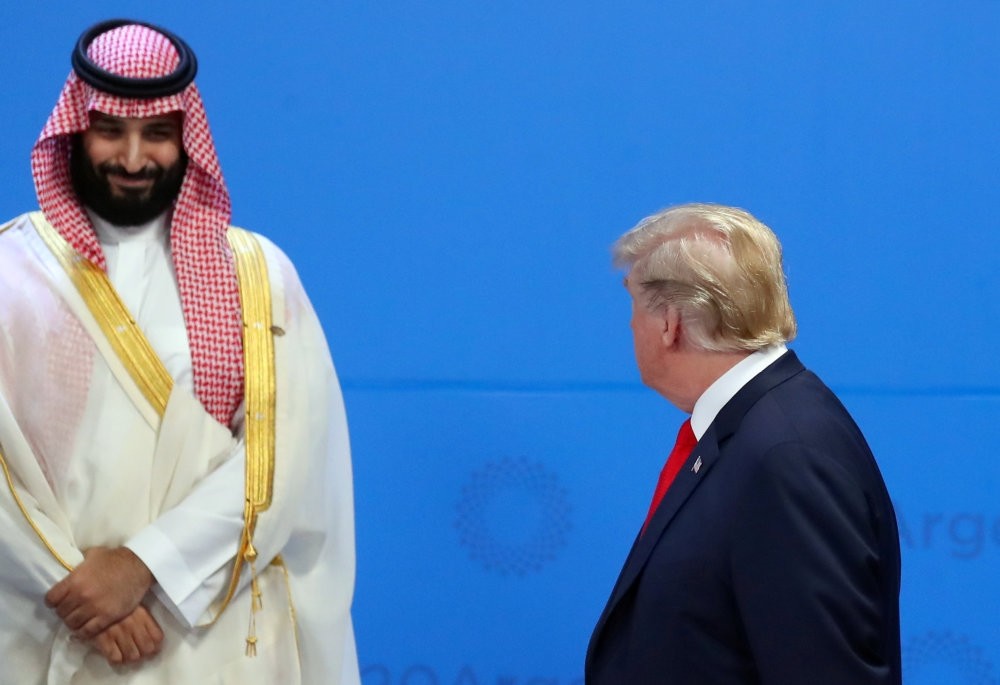 The U.S. media and Senate claim that the White House is turning a blind eye to the murder of Saudi journalist Jamal Khashoggi despite strong evidence of the Riyadh royal family's high-level involvement

U.S. President Donald Trump administration's insistence on maintaining its stance of sheltering Saudi Crown Prince Mohammed bin Salman (MBS) against claims of his involvement in the killing of Saudi dissident journalist Jamal Khashoggi has led to frustration for both U.S. media and the U.S. Senate. Republican Sen. Lindsey Graham, a well-known Trump ally, on Monday slammed the unwillingness of Trump and U.S. Secretary of State Mike Pompeo to introduce further sanctions on Riyadh due to lack of "direct evidence" in the roles played by MBS and Saudi Arabia.

"Given the evidence U.S. intelligence has gathered on Khashoggi's killing, denying the crown prince's involvement amounts to willful blindness," Graham wrote in The Wall Street Journal. Pointing out that he supported the Saudi regime for years, Graham stated that the Saudi regime's murder of Khashoggi disregards international norms that U.S. power depends on, and it is not too much to ask an ally not to abuse civilized norms.

Khashoggi, a critic of the crown prince, was killed inside the Saudi Consulate in Istanbul on Oct. 2. After weeks of denials, the Saudi administration accepted that Khashoggi was killed in a premediated murder but denied any involvement of royal family members in the killing.

Urging the administration to abandon the irrational fear that Saudis will stop cooperating with the U.S. on terrorism, Graham underscored that, "Inaction wouldn't only give the disturbing impression the U.S. has a price, but also that its price is quite low."

He also criticized Trump's claims that Riyadh is an important ally to contain Iranian power by saying that MBS's actions, in fact, demonstrate destabilizing behavior instead of being a source of stability in the Middle East.

The CIA assessed with high confidence that the crown prince "personally targeted" Khashoggi and "probably ordered his death."

Despite the Trump administration's reluctance, 63 senators voted to advance a bill to pull all U.S. support from the Saudi-led war in Yemen's civil war following a CIA briefing to the Senate last week, a blow to the administration's efforts to shelter MBS from criticism.

Senators also accused the administration of preventing CIA Director Gina Haspel from speaking out of fear that she would convince the Senate of MBS's role. As a result of overwhelming demands, Haspel was expected to give a closed briefing yesterday to U.S. Senate committees.

Pompeo and U.S. Defense Secretary Jim Mattis, on the other hand, urged senators not to downgrade ties with Saudi Arabia over the incident because doing so would threaten the U.S.-Saudi alliance and empower Iran.

Regarding the CIA report on the issue, Trump expressed that: "The CIA did not come to a conclusion. They have feelings in certain ways."

However, Steve Hall, the CIA's former head of Russia operations, highlighted on Monday that the president needs to understand intelligence organizations like the CIA cannot come up with DNA-style proof as they differ from legal proceedings. "To say, 'What I demand is absolutely a smoking gun before I'll take any action,' that's a policy decision, not an intelligence decision," Hall added.

"When the intelligence community ascribes high confidence to a finding, to an assessment, to me, you can take that to the bank," former director of National Intelligence, James Clapper, also told CNN.

The Washington Post, where Khashoggi was a frequent contributor, urged Congress to take further steps to sanction anyone in Saudi leadership connected to the journalist's killing and suspend all military sales to Saudi Arabia, stressing that MBS will damage U.S. interests in the Middle East.

"There is no 'direct evidence,' but any reasonable assessment must conclude that the crown prince is responsible. That the Trump administration refuses to draw that conclusion means its policy toward the kingdom is based on denying reality," an editorial published in The Washington Post said on Monday in a rebuke of the administration's indifference on the issue.

The Post added that the vote stopping U.S. support of Saudi Arabia's operation in Yemen is a good first step but not enough and more should be done, especially after recent reports reinforced the allegations of MBS's involvement.

According to a recent leak reported by The Wall Street Journal, the CIA believes MBS sent 11 messages to Saudi royal court adviser Saud al-Qahtani, who oversaw the killing of Khashoggi in the hours before and after the murder. It has been reported that Maher Mutreb, a member of the 15-people Saudi assassination team, presumably killed and dismembered the journalist and made a phone call to Qahtani immediately after the murder, saying: "Tell your boss, the deed is done."

Qahtani was one of the officials fired as part of the investigation by the Saudi public prosecutor into the killing. He was also one of 17 whose visas were revoked and were sanctioned by the U.S. over their roles in the killing.

Meanwhile, NSO Group, an Israeli surveillance company, on Monday rejected accusations that its sophisticated spyware aided in the killing of Khashoggi.

Omar Abdulaziz, a Saudi dissident close to Khashoggi, last week filed a lawsuit against the group, accusing it of helping the royal court by spying on his communications with Khashoggi.

Abdulaziz believes that his messages with Khashoggi were a crucial factor in the killing, as Khashoggi in his messages to his friend described MBS as a "beast" and a "Pac-Man" who would devour all in his path, even his supporters.

Alaa Mahajna, the lawyer of Abdulaziz, said NSO Group sells technology to "dictatorship states" like Saudi Arabia to spy on journalists and human rights activists. The NSO Group has faced similar claims in the past that its products were used to stifle dissent in other countries.