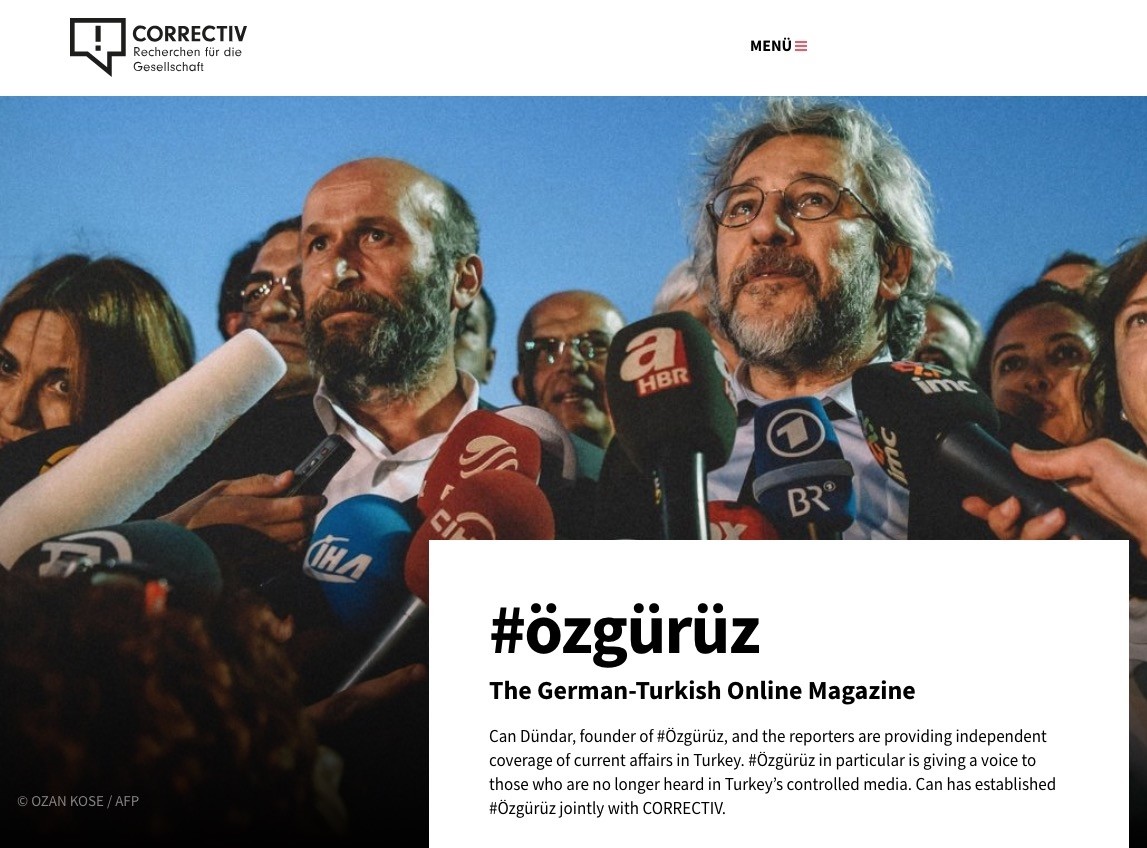 Germany's national public television ZDF recently aired a documentary prepared by "Correctiv," a newsroom based in the country, in which Gülenist Terror Group (FETÖ) members claim they have been "abducted and tortured" by Turkish authorities, failing to provide any credible evidence.

Even the organization behind this so-called documentary says on its official website that what the Gülenists say is "impossible to verify," which could easily mean a hearsay-based "documentary" on its own.

Even after the July 15 coup attempt perpetrated by the terrorist group, actual coup plotters have been transparently and justly tried in Turkish courts. Scores of privates in the ranks of the Turkish military forced to join the coup by embedded FETÖ terrorists have been acquitted so far, as many of them objected to the orders of their superiors to shoot civilians or gave up arms right away.

In clear examples of emotional blackmail, two Gülenists with the pseudonyms "Ali" and "Tolga" use a deeply rueful rhetoric to slander Turkey, all without providing any witness or evidence. "The details of their accounts are impossible to verify," Correctiv says on its official website, indicating the report's lack of credibility.

The background of ZDF and Correctiv also shed light on the purpose of that piece. One of members of the board of directors of ZDF, Ali Ertan Toprak, is a staunch supporter of PKK terrorist group, a position that, of course, exposes his strong bias against Turkey. He even demanded that Germany lift the ban on the terrorist group, which is recognized as such by the EU, U.S., Germany, U.K. and many other countries.

ZDF was also one of the media outlets that interviewed Fetullah Gülen, the head of the terrorist group, after the coup attempt. In the interview, Gülen alleged that President Recep Tayyip Erdoğan "staged the coup" with no trace of evidence, in stark contrast to the mounting body of evidence pointing to the fact that the putsch bid was carried out by the Gülen-run terrorist group, including confessions of FETÖ membership by scores of coup plotters.

The website "Özgürüz," which means "We Are Free" in Turkish, was also co-founded by Correctiv and Can Dündar, who is wanted by Turkey for illegally obtaining and publishing confidential state documents on the raid on National Intelligence Organization (MİT) trucks by FETÖ-affiliated judiciary and security officials. 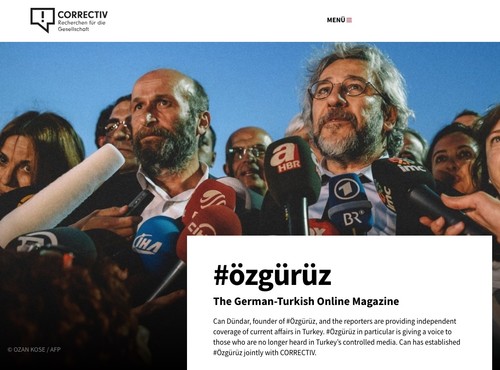 The court said Dündar was guilty of "obtaining confidential documents for military espionage" and should be sentenced to 15 to 20 years in prison.

Bearing that in mind, it is no wonder why the partner website of Dündar published a baseless piece full of lies.

The piece uses deeply biased "sources" as well. Correctiv also tries to whitewash Stockholm Center for Freedom, a foundation well-known for its links to Gülen, as "founded by Turkish journalists," which was in fact founded by fugitive Gülenists abroad. Saying that the foundation "has established about 20 cases of Gülenists who have disappeared without trace inside Turkey," the website tries to imply that the SCF is independent and overlooks the so-called "cases" for humanitarian reasons, not in a blind attempt to protect Gülen's interests. The multinational media outlets that collectively published the article and the documentary also imply that the work has been orchestrated by Gülenists that are still active worldwide.

There are also reports saying that Correctiv is funded by the United Arab Emirates, which has been openly hostile against Turkey for its support of the Muslim Brotherhood and a political mindset that Turkey and its interests are conflicting.

The website is also reportedly supported by embattled Saudi Crown Prince Mohammad bin Salman, who was found by the CIA to be responsible for the murder of dissident journalist Jamal Khashoggi.

One of the biggest backers of the organization is Hungarian billionaire George Soros' Open Society Foundation, which recently ceased operations in Turkey.

Significantly, the piece came after President Erdoğan's criticism of Soros, saying "This is a man who was assigned to divide nations and shatter them. He has so much money, and he is spending it in these ways."