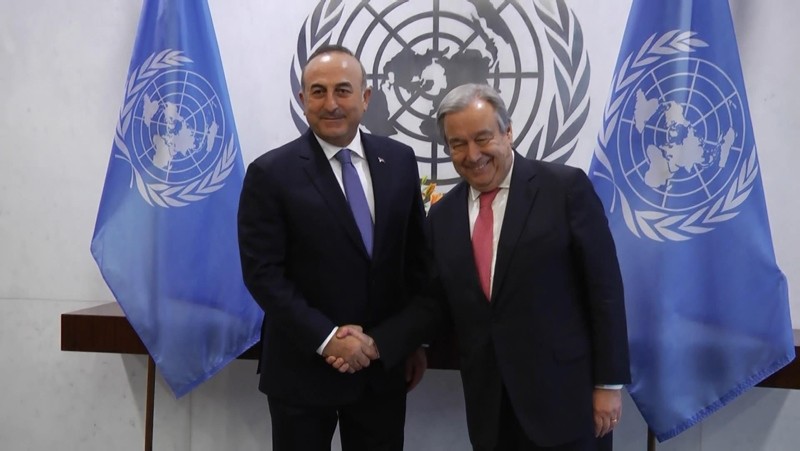 Foreign Minister Mevlüt Çavuşoğlu held a phone conversation with the United Nations Secretary-General Antonio Guterres, according to a Turkish diplomatic source on Saturday.

No further details were provided.

Çavuşoğlu's phone conversation came ahead of the 18th Doha Forum, which will be held in the Qatari capital on Saturday, with numerous foreign dignitaries and decision-makers slated to attend.

Organized by Qatar's Ministry of Foreign Affairs, the forum plans to tackle various issues and challenges facing the international community.

Guterres and Çavuşoğlu, as well as UN General Assembly President Maria Fernanda Espinosa and Somali Prime Minister Hassan Ali Khayre, will be among the participants.

In addition to political concerns, the forum's agenda will also focus on issues pertaining to the economy, commerce, media, human rights, water and food security, energy, and the future of the Middle East.