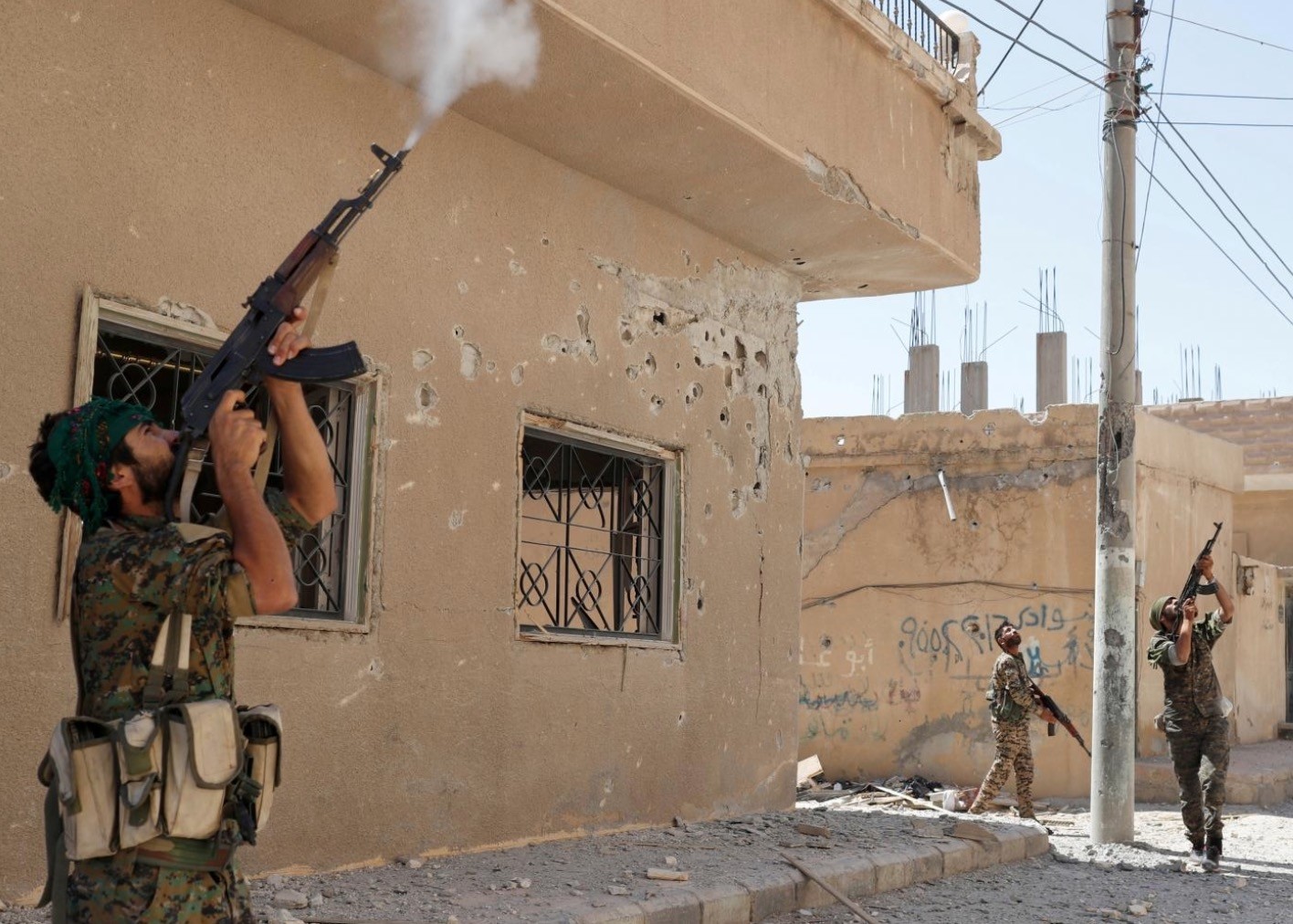 U.S. commanders getting ready for the withdrawal of U.S. troops from Syria are recommending that the People's Protection Units (YPG) be allowed to keep U.S.-supplied weapons, four U.S. officials said, in a move that will likely anger NATO ally Turkey.

The weapons provided by the U.S. to YPG terrorists, the Syrian offshoot of the PKK that dominates the Syrian Democratic Forces (SDF), would be taken back during their retreat from northern Syria's Manbij in accordance with the agreement between Turkey and the U.S.

Three of the officials, speaking on the condition of anonymity, said the recommendations were part of discussions on a draft plan by the U.S. military. It is unclear what the Pentagon will ultimately recommend to the White House.

Discussions are still at an early stage inside the Pentagon and no decision has yet been made, the officials said. The plan will then be presented to the White House in the coming days with U.S. President Donald Trump making the final decision.

The Pentagon said it would be "inappropriate" and premature to comment on what will happen with the weapons.

"Planning is ongoing, and focused on executing a deliberate and controlled withdrawal of forces while taking all measures possible to ensure our troops' safety," said Commander Sean Robertson, a Pentagon spokesman.

The White House did not comment on the issue.

The U.S. officials said Trump's announcement has upset U.S. commanders, who view his decision as betrayal to the terrorist group.

The U.S. partnership with the PKK has deeply deteriorated relations between Washington and Ankara, in addition to a number of other issues.

The United States told the YPG that they would be armed by Washington until the fight against Daesh terrorist group was completed, one of the U.S. officials said.

"The fight isn't over. We can't simply start asking for the weapons back," said the official.

The proposal to leave U.S.-supplied weapons with the YPG, which could include anti-tank missiles, armored vehicles and mortars, would reassure the terrorists that they are not being abandoned.

The Pentagon keeps records of the weapons it has supplied to the YPG and their chain of custody. But the U.S. officials said it would be nearly impossible to locate all of the equipment.

"How are we going to get them back and who is going to take them back?" one of the officials asked.

The debate over whether to leave weapons with the YPG coincides with Trump's national security adviser John Bolton's visit to Turkey and Israel next week for talks on Syria.

In May 2017, the United States started distributing arms and equipment to the YPG for an offensive against Raqqa.

The United States told Turkey that it would take back the weapons after the defeat of Daesh, which has lost all but a few slivers of territory in northeastern Syria.

"The idea that we'd be able to recover them is asinine. So we leave them where they are," said a U.S. official.

The recommendation "is a rejection of Trump's policy to withdraw from Syria," said the person, who asked not to be further identified.

Turkey has said weapons supplied to the YPG have in the past ended up in the hands of its PKK terrorists, and described any weapon given to the militants as a threat to Turkey's security.

A phone call between Trump and Erdoğan led to the decision to withdraw all U.S. forces from Syria.

In the call two weeks ago, Trump had been expected to deliver a standard warning to Erdoğan over his plan to launch a crossborder attack targeting U.S.-backed YPG terrorists in northeast Syria, U.S. officials said.

Instead, in the course of the conversation, Trump reshaped U.S. policy in the Middle East, abandoning a quarter of Syrian territory and handing Turkey the job of finishing off Daesh terrorists in Syria.