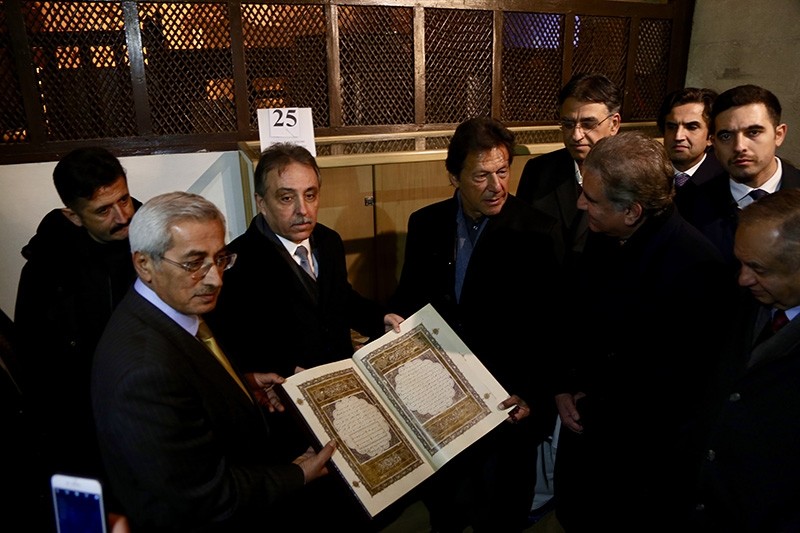 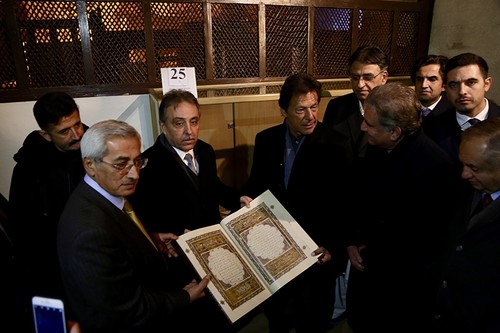 Speaking to reporters after his visit to the Mevlana Museum in Konya, which also includes Rumi's mausoleum, Khan said he was a follower of Sufism, the spiritual branch of Islam that Rumi also practiced.

"Rumi is the greatest representative of Sufism," he said.

Mevlana Jalaluddin Balkhi, who is referred to as "Rumi" for his exodus to Anatolia (then known by Arabs and Turks as the land of the Romans), is widely accepted as a native of Balkh, Afghanistan.

Born in 1207, young Rumi and his family fled to Konya, then the capital of the Anatolian Seljuks, where he spent most of his life and died in 1273. It was there that his son founded the Mevlevi Order, also known as the Order of the Whirling Dervishes famous for the Sufi dance known as the Sama ceremony, to perpetuate his father's teachings.

Rumi's Masnavi poem, with its more than 50,000 verses, is considered the most influential work in Sufism and has been translated into 25 languages. He penned the poem on man's predicament in his search for God after losing his friend, the wandering dervish Shams Tabriz.

Every year, an international commemoration ceremony marking the anniversary of Rumi's union with Allah, known as "Şeb-i Arus" or the night of union, is held in Konya between Dec. 7-Dec. 17, as a reverence to the Muslim scholar.

Allama Muhammad Iqbal, who was a poet, philosopher and politician, is regarded as the spiritual father of Pakistan and officially honored as the national poet of the country although he lived between 1877 and 1938 during the British colonial rule of India.