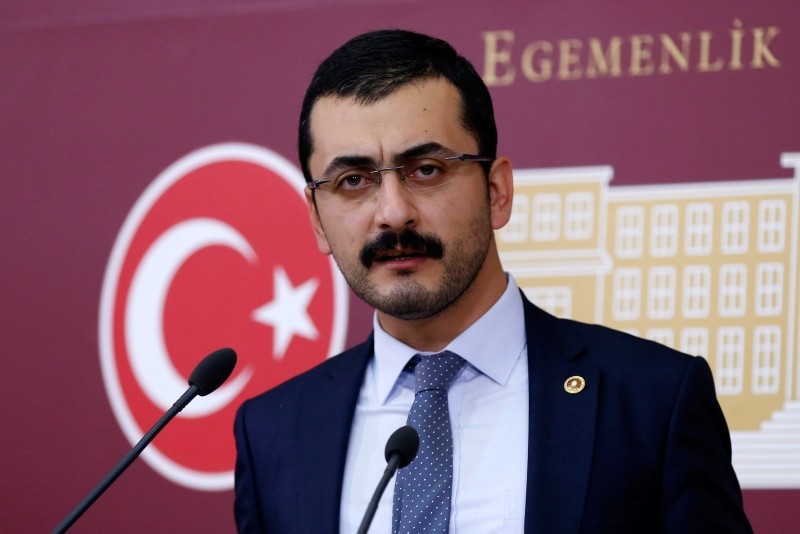 The warrant was issued just after Erdem's release earlier on Monday, as an upper court in Istanbul accepted an appeal against his release.

The court issued the arrest warrant as, during his arrest on charges of armed terrorist group membership last June, he was at an airport attempting to leave the country.

The court's decision earlier Monday came after the prosecutor requested 8.5 to 19 years of imprisonment for the former lawmaker on charges of being a member of, aiding and abetting an armed terrorist organization and violating confidentiality.

The court also ruled to continue to bar Erdem from traveling outside the country.

Accused of helping the Gülenist Terror Group (FETÖ) during the group's attempt to seize power in 2013, Erdem was arrested in June after being detained in Ankara.

The former CHP lawmaker previously tried to leave Turkey after his party failed to re-nominate him for Parliament in the June 24 elections, which resulted in him losing his immunity from prosecution.

Officials at the airport notified him about an order from an Istanbul court banning him from leaving the country.

Erdem faces charges connected to reports in the Karşı daily where he had been editor-in-chief, about fake stories linked to the Gülenist Terror Group's (FETÖ) judicial coup attempt to overthrow the democratically-elected government in December 2013. He is also charged with violating the confidentiality of an investigation and exposing the identity of a secret witness, stemming from fake stories published in now-defunct Karşı.

Karşı was a mouthpiece for the coup attempt in 2013 and is known for a barrage of reports based on fabricated recordings of government officials, allegedly supplied to Erdem by FETÖ-linked police chiefs. FETÖ tried to topple the government by implicating people close to the government in a graft probe in 2013 and released a series of fake audio recordings linking senior officials to corruption.