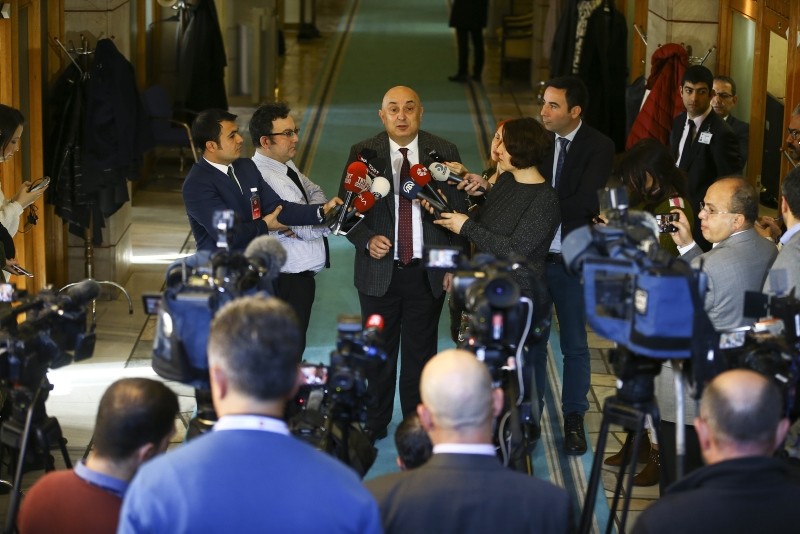 Members of Turkey's main opposition party are pooling their resources to help their chairman, who owes money after being convicted of making false claims about the nation's president.

In a series of lawsuits over false claims about President Recep Tayyip Erdoğan and his relatives, Republican People's Party (CHP) leader Kemal Kılıçdaroğlu owes some 828,000 Turkish liras ($150,000) in damages.

The CHP parliamentary group on Wednesday decided that its lawmakers would transfer 5,000 Turkish liras ($903) from their quarterly salaries to help Kılıçdaroğlu. In every three-month period, some TL 710,000 will be collected.

While critics of the decision say that the party is launching a "slander fund" to be used against Erdoğan, the CHP says the courts and their rulings are not impartial, and the president himself enjoys wide-scope legal immunity.

The biggest sum of compensation, nearly TL 700,000, stems from Kılıçdaroğlu's accusations against Erdoğan and his relatives for making money transfers to the offshore-haven Isle of Man at a CHP parliamentary group meeting in November 2017. Providing SWIFT documents, Kılıçdaroğlu claimed that the transactions aimed at tax evasion and pressed charges against the president and his family. Ankara Chief Public Prosecutor's Office ruled for non-prosecution, while Kılıçdaroğlu was sentenced for slander in 12 cases as the transactions alone do not constitute a crime.

The CHP chairman has also been sentenced in a number of defamation cases against Erdoğan.

"We're ready to pay the price of the rulings on the CHP chairman," Engin Özkoç, the party's deputy parliamentary group head, told reporters.

Özkoç added that they made the decision without consulting or informing Kılıçdaroğlu, saying this is an issue of honor for the entire party. Turkish lawmakers are paid 60,938 Turkish liras ($11,180) every three months.

The CHP, which holds 142 seats in the 600-seat parliament, hopes to convince party members also to donate, said Özkoç.

Kılıçdaroğlu, a retired bureaucrat, stated in his declaration of wealth to the Parliament in late 2018 that he sold a house in Burhaniye district of western Balıkesir district to partially cover compensation payments.