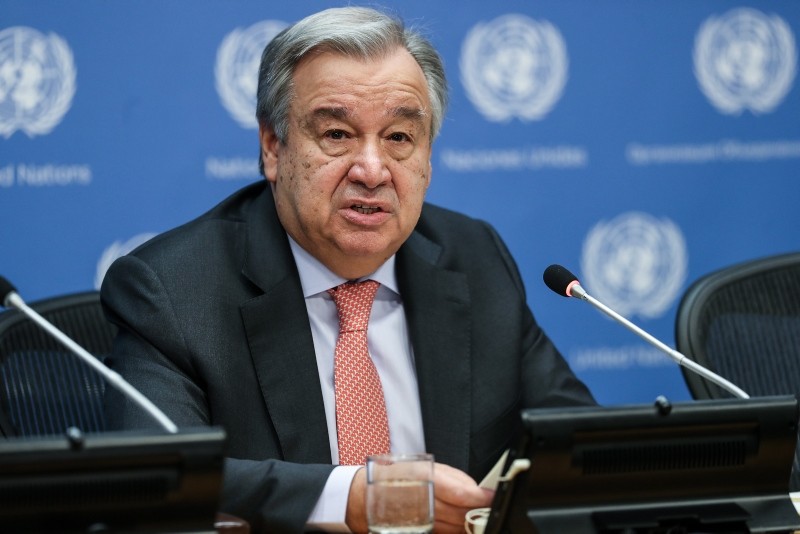 Turkey has justifiable security interests in northeastern Syria, U.N. Secretary-General Antonio Guterres said Friday amid calls for a buffer zone in the area.

Guterres said any solution must take into account Syria's territorial integrity, the "legitimate security concerns" of Turkey, and recognition of Syria's diversity.

"These are the three criteria that we have in analyzing any proposal that might eventually exist," Guterres said.

In a Twitter post on Monday, U.S. President Donald Trump proposed the establishment of a 20-mile (32-kilometer) wide safe zone in Syria's eastern Euphrates region. Later, President Recep Tayyip Erdoğan held a phone talk with his U.S. counterpart and evaluated the details of the safe zone.

The proposal will be discussed during an upcoming Russian-Turkish presidential-level meeting, according to presidential spokesman Ibrahim Kalın.