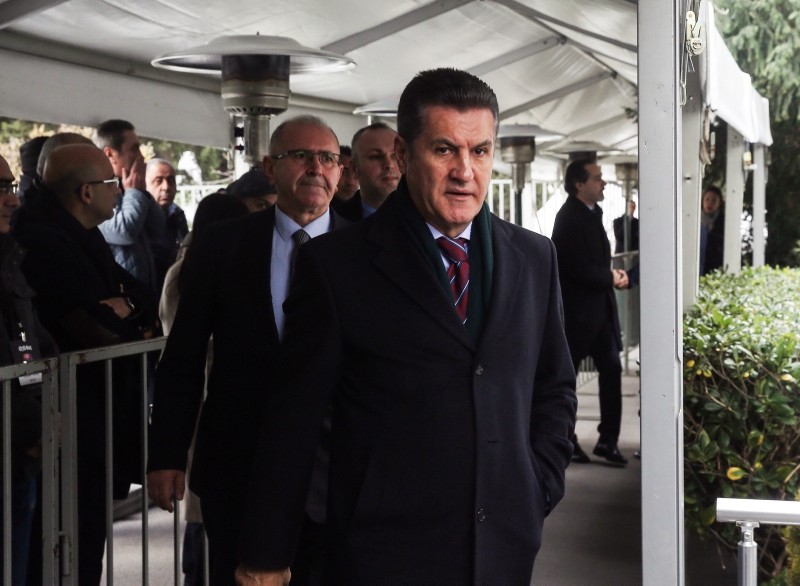 Announcing his resignation in a letter published on his personal website, the former mayor complained that the party had still not decided on a candidate in the Şişli district with only two months left for the local elections in March, adding that he would decide on a future road map with the people.

"I am offended by the administration of the CHP. I am reacting to their indecision, non-transparency and disloyalty," Sarıgül said in the letter, adding that he is announcing his resignation with "regret."

Sarıgül added that despite his resignation, he will run for the Şişli district in the upcoming elections.

It is the second time that Sarıgül has resigned from the party. He had been mayor of Şişli, one of Istanbul's commercial centers, between 1999 and 2014. In 2004, he resigned from the party after a dispute with former CHP leader and Antalya deputy Deniz Baykal, and continued his political career as an independent until he joined the Democratic Left Party (DSP) in 2008. Their rivalry flared-up again when Sarıgül was nominated as CHP's Istanbul Metropolitan Municipality candidate for the local elections at the time. In 2005, when the rivalry between Baykal and Sarıgül was at its peak, a supporter of Baykal for Istanbul's Bakırköy Province Mayor, Ateş Ünal Erzen, was attacked by Sarıgül at a CHP conference. Beaten by Sarıgül, Erzen said after the attack that politics required common sense and responsibility and he thought Sarıgül was mentally distressed.

The nomination for the CHP's Izmir's mayoral candidate for the local elections also has turned into a complex situation, with no name having emerged yet and just two months left for the ballot boxes to open.

Aziz Kocaoğlu, CHP's serving Izmir mayor, said last week that he was regretful that his party has not been able to determine a mayoral candidate. He added that he was ready for the responsibility again, referring to his decision to rerun for the position.

"As mayor of Izmir for 15 years, I have to protect the interests of my compatriots. I had to take the initiative to bring success to my party. If my compatriots ask me 'why are you trying to escape this responsibility,' how would I answer them," Kocaoğlu, the CHP's veteran mayor, said at a press conference in İzmir's Aliağa district.