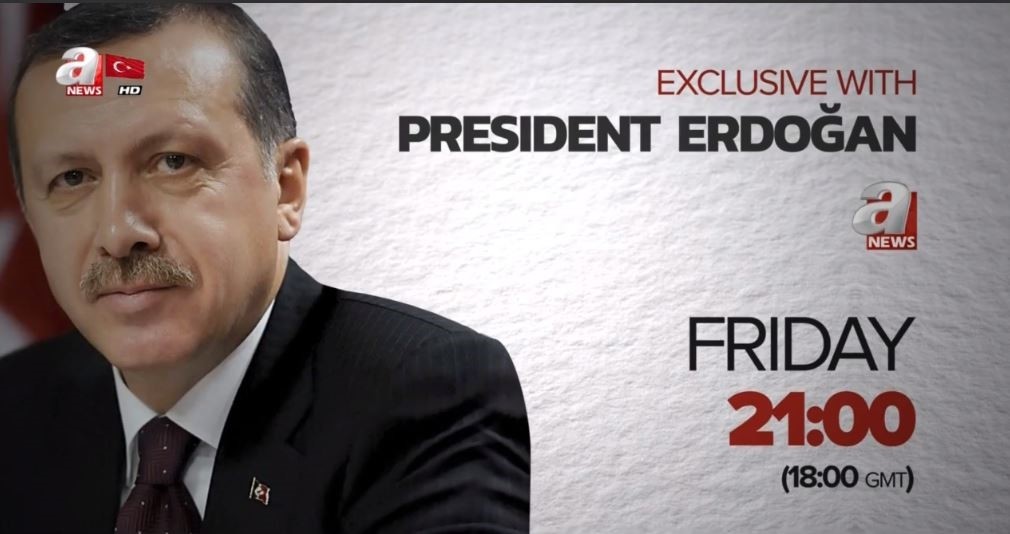 President Recep Tayyip Erdoğan will appear on a special broadcast Friday on ANews to answer questions about recent and future foreign and domestic developments, including the local elections slated for March 31.

The broadcast, which will be aired at 6:00 p.m. GMT (9 p.m. local time) is also expected to focus on the fight against terror and the latest developments in Syria, among others.

The interview will be broadcast in English on ANews, and Turkish on sister channels Atv, AHaber, APara and a2 of the Turkuvaz Media Group.