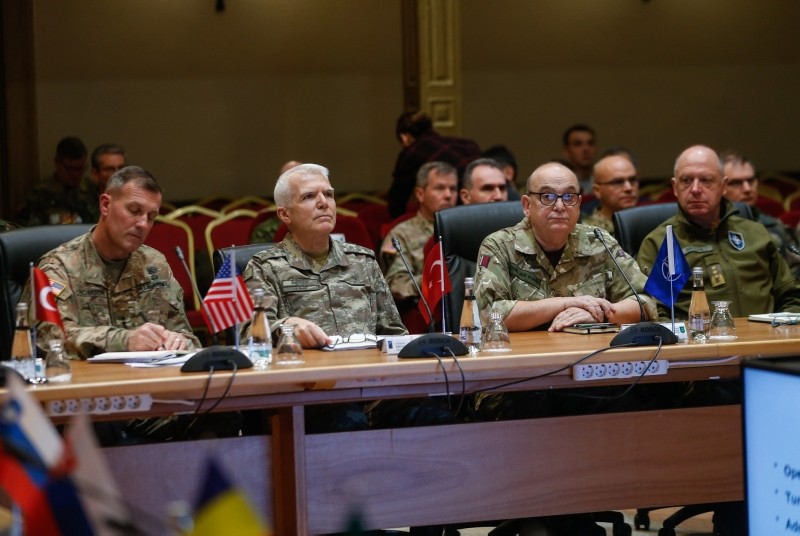 The NATO military committee on Wednesday visited its base in Turkey's western province of Izmir.

They arrived upon the invitation of Turkish Chief of General Staff Yaşar Güler.

Recep said that North Macedonia's accession process to NATO was complete and this would send a regional message of security and stability.

Macedonia was renamed "the Republic of North Macedonia" earlier this year to pave way for its accession to NATO.

Speaking about regional politics, Recep said: "The recent developments in our neighborhood, and instability and turmoil in our southern region clearly prove that our strategic foresight regarding the strengthening NATO Land Command was consistent."

Recep added: "In accordance with the new command structure and long-term rotation plan, NATO High Readiness Corps Command-Turkey will be in cooperation with NATO Land Command on the issues of training and drills."

Stuart Peach, the head of NATO Military Committee, said he was pleased with Turkish hospitality and congratulated Turkey on its 67th anniversary of accession to the military pact.

"This is a historic visit for the military committee because it is the first time we have been joined by the military representative from North Macedonia. I wish to pay a tribute to the ongoing and enduring commitment of the Turkish armed forces to NATO missions and operations around the world. Both long term commitments, and particularly impressive commitments as I have seen myself, so thank you," he said.

For his part, Maj. Gen. Mustafa Oğuz, head of the directorate for plans and principles of the Turkish General Staff, gave a presentation about the country's contributions to NATO.

Oğuz said Turkey has been a valuable and significant ally in NATO since day one, adding cooperation with NATO against terrorism was crucial.

Underlining that Daesh and YPG-PYD/PKK terror groups posed an open threat to NATO and Turkey, he stressed that the security of Turkey corresponded to the security of Europe.