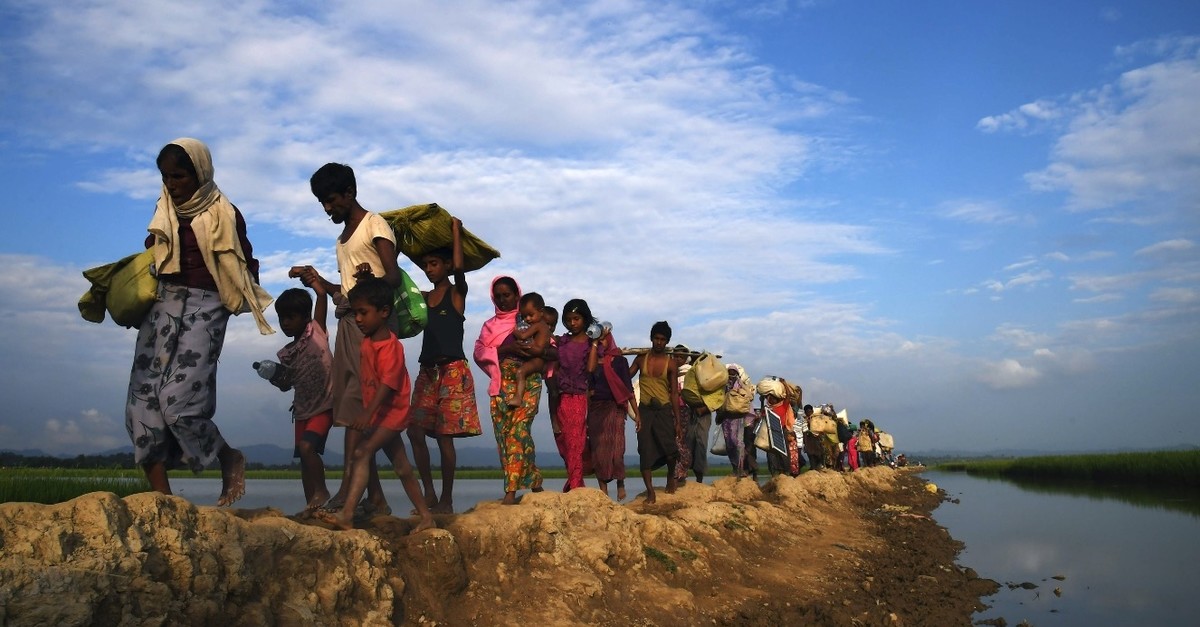 Bangladesh has highlighted Turkey's and the country's nongovernmental organizations' (NGOs) extensive humanitarian aid to hundreds of thousands of Myanmar's Rohingya Muslims who took shelter in the country, fleeing from persecution in their homeland.

"Turkey and the international community are doing a lot to help Rohingya refugees in Bangladesh by setting up refugee camps and providing extensive humanitarian aid," the Ambassador of Bangladesh to Turkey Allama Siddiki told Daily Sabah on the sideline of a reception to celebrate international mother language day.

Stressing that Myanmar's atrocities and their refusal to recognize the Rohingya Muslims as citizens are beyond international laws, Siddiki called for the international community to pay more attention to the Rohingya crisis. Siddiki noted that Bangladesh would exert every effort within its power and capacity to provide humanitarian aid to ensure that Rohingya Muslims will be able to return their homeland.

Fleeing from systematic ethnic and religious persecution by Myanmar's security forces, hundreds of thousands of Rohingya people took shelter in Bangladesh and have been trying to survive in the country since August 2017, when the anti-Rohingya attacks began. Turkey is in the forefront of the Rohingya issue on the ground with its state-sponsored humanitarian aid institutions and nongovernmental charity organizations as well as on an international level by organizing an emergency meeting of the Organisation of the Islamic Cooperation (OIC) and advocating for the Rohingya in the U.N. General Assembly.

The country has so far reached out to at least 700,000 Rohingya Muslims with humanitarian aid. Turkish NGOs set up camps, hospitals, and water wells and distributed aid to the community. In one year, more than 2,000 tons of food packages were delivered to displaced Rohingya Muslims.