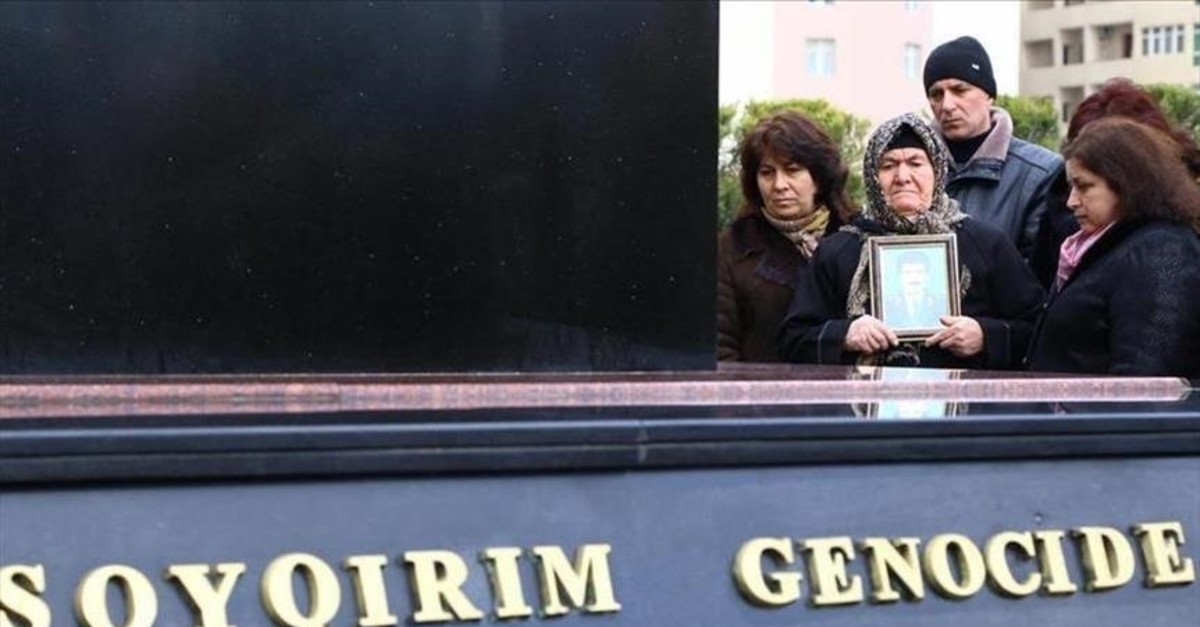 The Turkish Embassy in Baku on Saturday commemorated the victims of Khojaly massacre, which took place in 1992 in Azerbaijan's now-occupied region of Karabakh during the war with Armenia.

Hundreds of Azerbaijani citizens, including women and children, were massacred and wounded by Armenian troops in February 1992.

In a speech at an event organized by the Turkish embassy and and Azerbaijan-Turkey Business Association (ATIB) on Saturday, Turkish Ambassador to Azerbaijan Erkan Ozoral said the Feb. 26 Khojaly Massacre should never be forgotten.

Turkey and Azerbaijan should share one another's pain and grief, and together they should take a lesson from the past, Ozoral added.

The massacre of Feb. 25-26, 1992, is regarded as one of the bloodiest and most controversial incidents of the war between Armenia and Azerbaijan for control of the now-occupied Upper Karabakh region.

On the heels of the Soviet Union's dissolution, Armenian forces took over the town of Khojaly in Karabakh on Feb. 26, 1992, after battering it with heavy artillery and tanks, assisted by an infantry regiment.

When the massacre happened, the population of the town was more than 11,000.

The two-hour offensive killed 613 Azeri citizens, including 116 women and 63 children, and also critically injured 487 others, according to Azerbaijani figures. One hundred and fifty of the 1,275 Azerbaijanis that the Armenians captured during the massacre remain missing to this day.