Macron not only president of rich, but also Islamophobes, Zionists 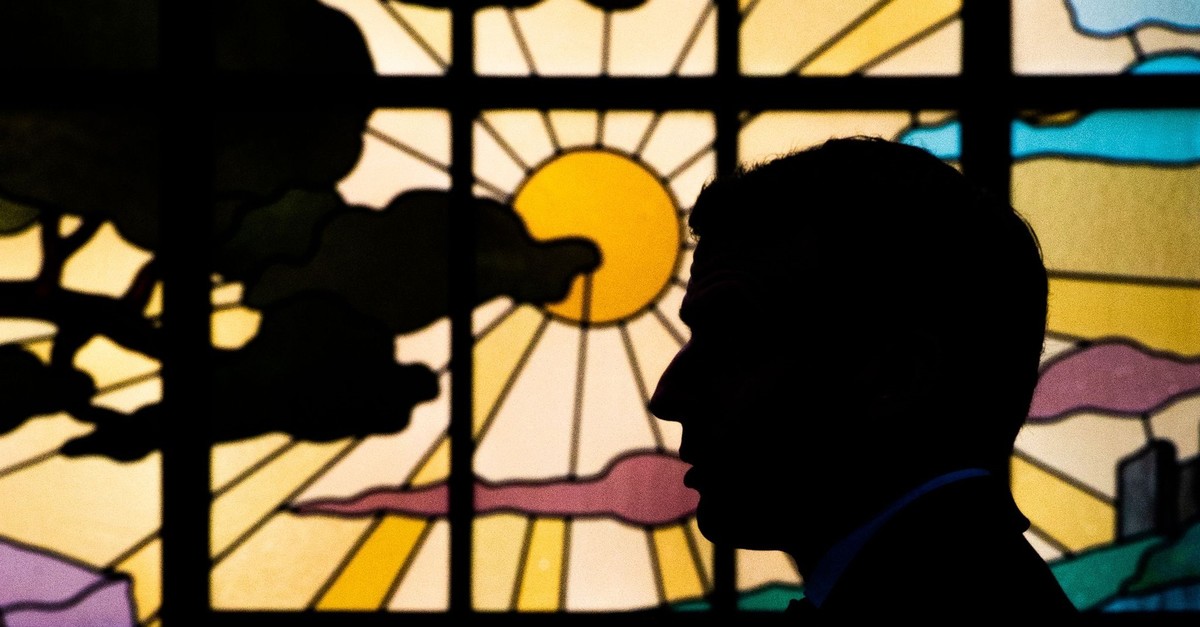 French President Emmanuel Macron is silhouetted against a window as he participates in the 'Great National Debate' with local mayors, at the prefect's residence in Bordeaux on March 1, 2019.
by Mehmet Solmaz Mar 04, 2019 12:09 am

Soon after his inauguration as French president in 2017, Emmanuel Macron was labeled "the president of the rich" by his rivals, the media and, most importantly, ordinary French people who were not pleased with the economic steps taken by the 40-year-old former investment banker. Macron's popularity constantly rose and fell but his stance on certain segments of the society was relatively steady. By following in the footsteps of his predecessors, Macron made France less liberal for the Muslims in the country. Each day, members of the Muslim community share various examples of Islamophobic incidents on their social media accounts.

They are sometimes targeted by state apparatuses and at times by racists who find courage from the Islamophobic atmosphere. Almost none of the incidents make news in the country that brags about rights and freedoms.

Macron may think that the recent anti-Semitic incidents in the country gave him an excuse to criminalize a political opinion. Denouncing a political ideology cannot be equated with forms of racism. It is also obvious that any sort of verbal or physical attack on French Jewish citizens or properties is quickly making headlines and the community is defended by political parties and intellectuals. However, this righteous and admirable stance is very selective. Put aside defending victims of Islamophobic attacks, the very same circles are looking for ways to further discriminate and alienate the Muslims in the country.

"Shame on you, I just asked for a job. You don't know what happened to me until I got out of my country. My father is a political prisoner and my mother died there and I wasn't able to see her for a last time."

This was the response of Omar Helwani, a Syrian refugee architect, after she was rejected from the KDA Architecture in Bordeaux, France. Helwani shared his response on his social media account after the company rejected his application in an ugly way.

After stating that they will not offer the job, the company statement said, "As to you leaving your country due to war, you ought not to have been a coward and stayed to defend it." Those who commented on the incident said discrimination is an everyday practice against Muslims, blacks and some other minorities.

While Helwani was dispirited, French media and politicians were putting pressure on Decathlon, a French sporting goods company, to halt plans of selling a hijab designed for runners, sparking yet another debate over what Muslims should and should not wear. Decathlon had started selling the sports hijab in former French colony Morocco last week and planned to do so in France. The move was quickly criticized by politicians, whom expressed discomfort about the product being sold in France. Some even suggested a boycott.

"My choice as a woman and a citizen will be to no longer trust a brand that breaks with our values," said Aurore Bergé, a spokeswoman for Republic on the Move, President Emmanuel Macron's party. The company first stood firm in its decision, but later announced that the product would not be sold in France.

Last year, 19-year-old Maryam Pougetoux, a student union leader of Sorbonne University drew ire after appearing on television wearing a headscarf. Criticisms were not about what she said or did but only for appearing on television. In some cases, other pieces of clothing have become the target of critics. In 2015, a French school sent a 15-year-old student home, saying that her long skirt was an "ostentatious sign" of her Muslim faith.

While Islamophobia is normalized through policies and statements of the government officials, freedom of expression and an anti-discriminatory climate are something that is forbidden for the Muslim community of France.