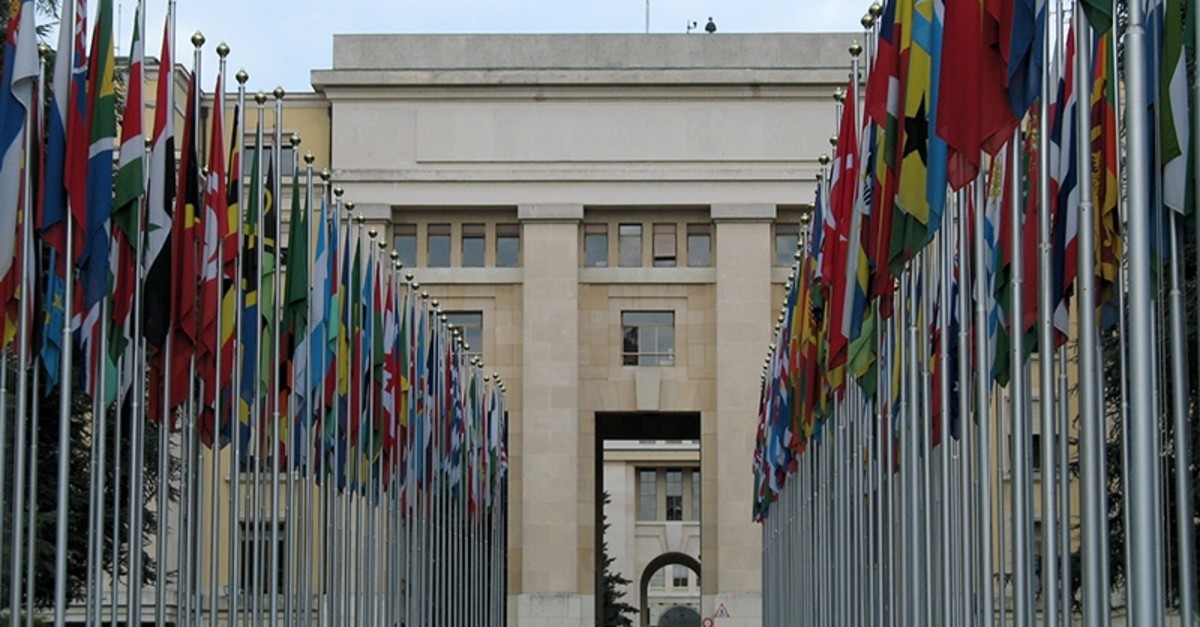 Despite strong objections from Turkey, two suspected members of the Gülenist Terror Group (FETÖ) were allowed to spread propaganda during a recent U.N. panel discussion.

A panel defaming and threatening Turkey was held by the terror group at the U.N. Office in Geneva during the 40th session of the U.N. Human Rights Council.

Abdullah Bozkurt, the former Ankara representative of the now-defunct Today's Zaman newspaper who is sought over charges of being a FETÖ member, and Levent Kenez, who is also suspected of being part of FETÖ's media arm, spoke at the event.

The panel, which took place near the council's offices despite written and verbal initiatives by the Permanent Mission of Turkey to the U.N. Office at Geneva, reflected the solidarity between the FETÖ and PKK terror organizations.

Eric Sottas, who is a known PKK sympathizer, moderated the panel, which was organized by the Global Alliance Against Female Genital Mutilation.

Speaking to Anadolu Agency, Fionnuala D. Ni Aolain, U.N. Special Rapporteur on the promotion and protection of human rights and fundamental freedoms, decided not to take part in the event due to a "conflict of interest."

The event's organizers sent a letter to the Association of Accredited Correspondents at the United Nations and invited journalists to cover the panel, but only two showed up.

PKK sympathizers in Switzerland taking part in the event showed solidarity with the FETÖ terror group.

Bozkurt threatened an Anadolu Agency reporter covering the panel ahead of the event, telling him that "from now on, you are on my radar."

In response to the reporter asking "Aren't you ashamed of always defaming Turkey on Twitter?" Bozkurt said, "You wait. I will have a lot of things to say about Turkey at the panel."

Bozkurt has been living in Stockholm for three years.

One of the founding members of the Stockholm Center for Freedom, he is reportedly receiving aid from the Swedish state.

Spreading black propaganda against Turkey on social media, he often sues Turkish citizens who oppose him.

Three days before the assassination in December 2016 of Andrei Karlov, Russia's ambassador to Turkey, Bozkurt wrote an article saying that "ambassadors in Turkey are no longer safe," hinting at the envoy's possible murder.

On Dec. 19, 2016, Karlov was killed at an Ankara art gallery opening by Mevlüt Mert Altıntaş, an off-duty police officer linked to the FETÖ. During a standoff, Altıntaş was shot dead by police.

Regarding Turkey's Operation Olive Branch launched in northern Syria to eliminate the PKK's Syrian affiliate People's Protection Units (YPG) and Daesh terror groups, he claimed on social media that it was conducted to fuel religious bigotry within the country.

He expressed on Twitter annoyance over recital of "Allahu Akbar!" during a rally of President Recep Tayyip Erdoğan in Turkey's Bursa province.