Turkey committed to moving women forward in all areas 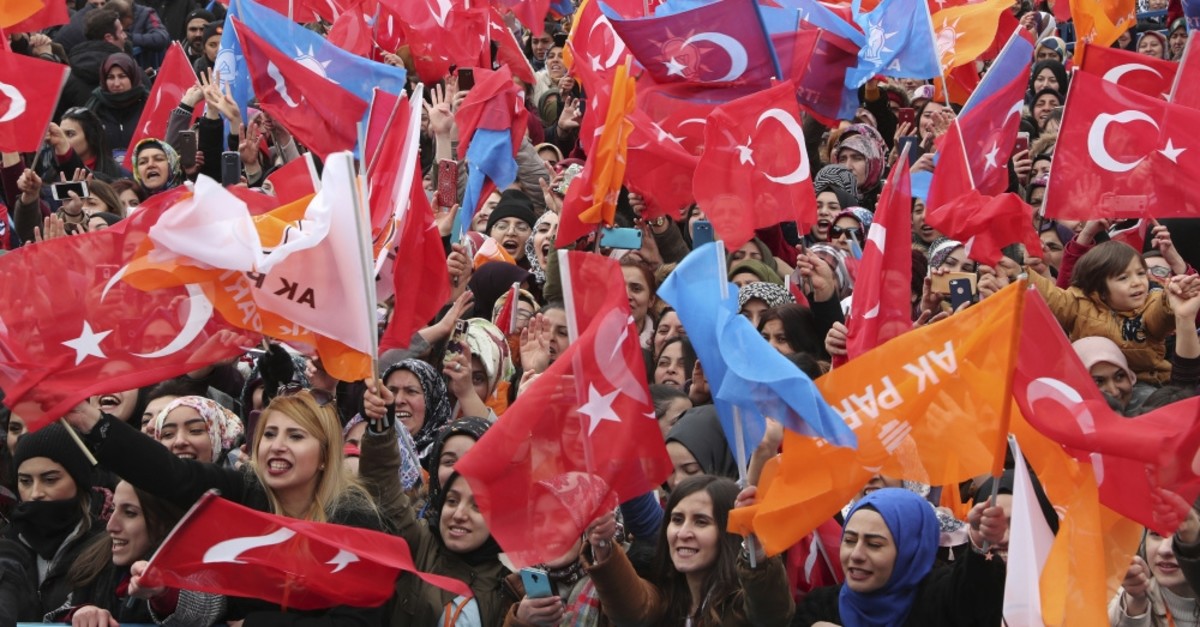 Turkey is committed to advancing women and raising their status in all areas of life as recent statistics show a remarkable improvement in women's employment and life conditions. "We are committed to moving our women, whom we hold dear, forward in all areas, while we pursue our 2023 [centennial] goals with determination," President Recep Tayyip Erdoğan said in a message yesterday to mark International Women's Day today. "We will never give up trying to change the perspective of those who see women and men through a sexist lens, forgetting the fact that they are above all human beings," Erdoğan added.

According to figures released by the Turkish Statistical Institute (TurkStat) on Wednesday, women, who make up 49.8 percent of the population, do not fare better than other women in the world in terms of employment. Still, the proportion of women in upper and middle-level management positions was 17.3 percent, TurkStat reported, based on 2017 statistics.

Statistics show that the higher the educational status of a woman, the more likely she is to participate in the labor force. The labor force participation rate for women who graduated from universities was 72.7 percent, while it was only 27.7 percent for those who only completed high school. The highest female employment rate was in the service sector. It was lower in industry and agriculture compared to men.

Other TurkStat figures show the proportion of female professors in higher education was 31.2 percent in the 2017-18 education year and women constituted 22.1 percent of ambassadors who work in the Ministry of Foreign Affairs.

Erdoğan also highlighted the ruling Justice and Development Party's (AK Party) efforts to raise women's status in family life, business life, education and health "with an understanding based on rights and justice."

"Respect for women is the fundamental dynamic of our values, customs and traditions, history and social life," Erdoğan said, adding that it is "everyone's responsibility to stand on the side of women subjected to violence and oppression."

The AK Party doubled the number of women candidates for provincial and municipal councils for the March 31 elections, compared to the last local elections in 2014. For the elections, 4,712 women candidates, including 2,551 substitutes, were nominated. More than a thousand among the 2,161 primary candidates are nominated in highly electable positions, reports suggest.

The AK Party government has increased loans and incentives for female entrepreneurs in recent years to help boost their participation in the male-dominated workforce. It rolled out a series of incentives for working women, from longer maternity leaves to financial support for daycare needs, as well as payments to grandparents caring for their grandchildren with working parents. As for female entrepreneurs, the government already provides up to TL 50,000 in loans and plans to extend them to more women willing to set up their own businesses.

The AK Party has also become influential in increasing the number of women who participate in politics. The right to run for election and be elected was given to women in Turkey in 1934, making it one of the first countries to grant this right to women. However, the representation of female lawmakers in Parliament reached its highest level in Turkey with the latest parliamentary elections on June 24, 2018. For the 27th Parliament, 103 female lawmakers were elected in the parliamentary elections.