Turkey's S-400 deal with Russia has nothing to do with US, Erdoğan says 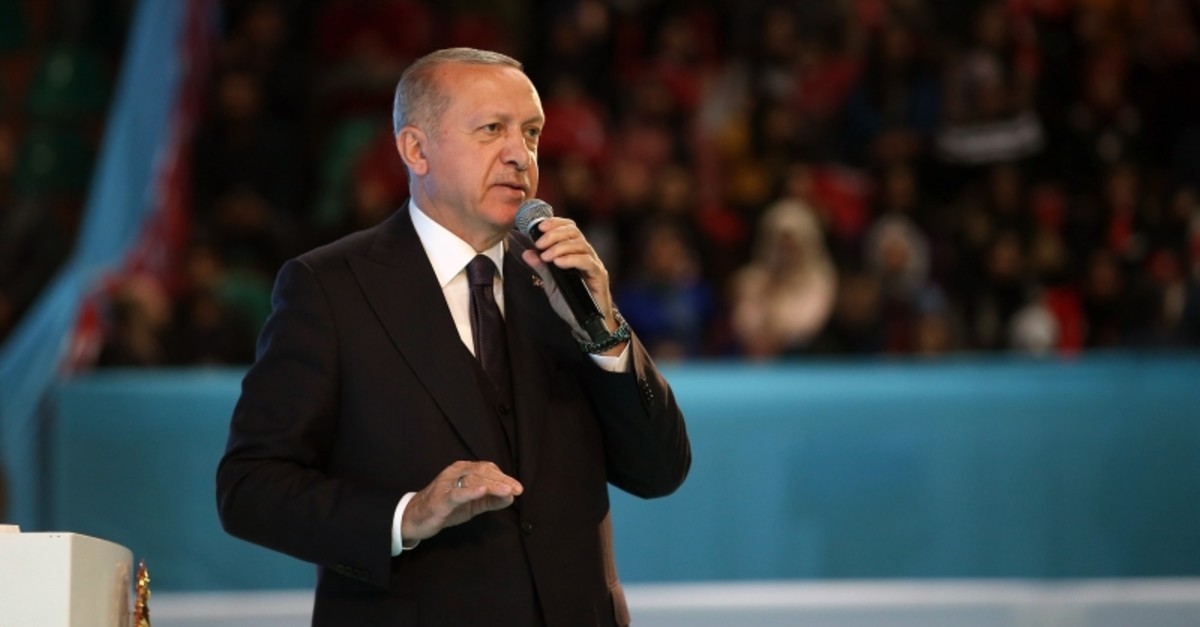 Turkey's purchase of S-400 missile defense system from Russia has "nothing to do" with NATO, F-35 fighter jets or security of the U.S., but it is rather about the country's independence in terms of making its own regional decisions, President Recep Tayyip Erdoğan said Saturday.

"Everyone knows that this issue has nothing to do with neither NATO and F-35 project nor the security of the U.S.," Erdoğan told a meeting of Turkey Youth Foundation (TÜGVA) in the southeastern Diyarbakır province.

The president said Turkey is facing pressure against buying S-400 air defense system, adding: "The issue is not about S-400. It is because Turkey takes action with its own will regarding the regional developments, particularly Syria."

"It is clear why Turkey is buying this air defense system and how it will use it," he added.

Erdoğan also said that this issue will be resolved through logic and common sense.

The move was criticized by the Pentagon, which warned that purchasing the S-400 would hurt Turkish-U.S. relations and Turkey's role in NATO.

Ankara is also planning to purchase 100 F-35 fighter jets from the U.S. pending congressional approval, and its pilots are currently training on the weapons platform at Luke Air Force Base in Arizona.

Turkey has been trying to purchase the air defense system from the U.S. for some time now but was never able to get a commitment from Washington when it was needed the most. As the U.S. failed to meet the defense needs of Turkey and endangered losing its NATO ally, Turkey turned its face to Russia and decided to purchase Russia's S-400 missile system in 2017, which caused a major political impasse between the two countries.