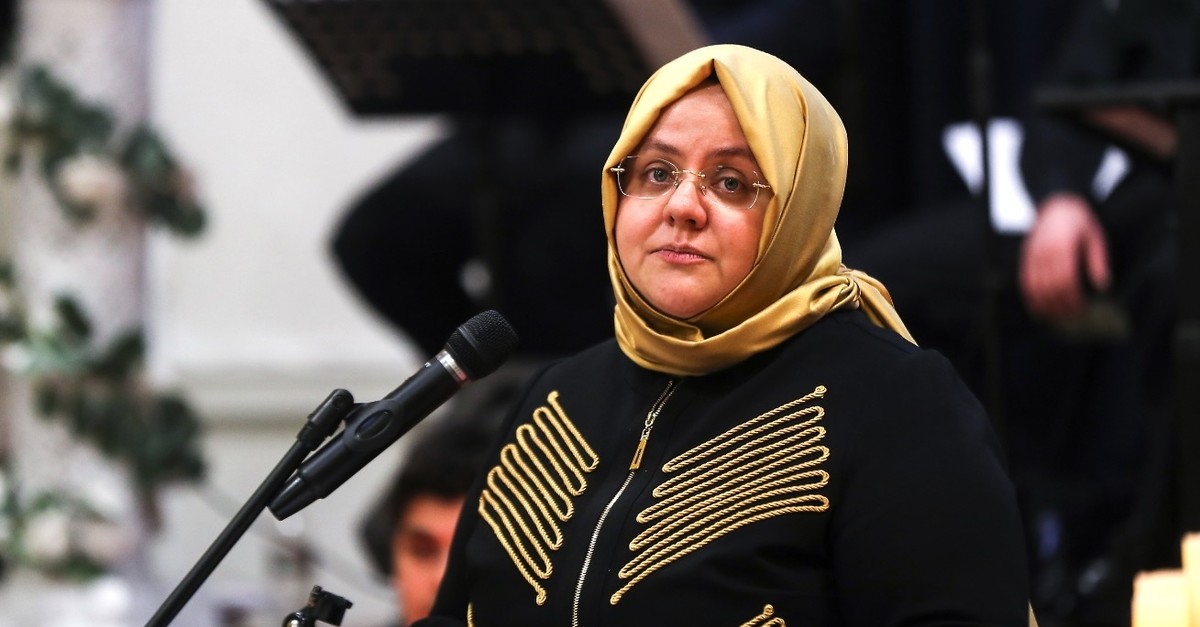 The representation of women in public is one of the key principles for democracy, Turkey's minister of labor, social services and family said Tuesday.

Zehra Zümrüt Selçuk said equality between men and women is strengthened in Turkey, where legal reforms are being made to not only gender equality, but to make sure there is "zero tolerance toward violence against women."

She spoke in New York at a conference, "The Role of Women-Friendly Policies in Empowerment of New Generations," organized by Turkey as a part of the U.N.'s 63rd Session of the Commission on the Status of Women.

Selçuk said there were training programs conducted on combating violence against women throughout her country, and 120,000 police officers, and more than 100,000 health care professionals had taken part.

The minister outlined the "Strategy Paper and Action Plan on Women's Empowerment," a five-year plan to ensure women's equal access to rights and opportunities.

The ratio of women in management in Turkey increased to 15.6 percent in 2018 from 8.9 percent in 2002, while women's participation in the labor force rose to 34.1 percent from 27.9 percent, the first lady of Turkey Emine Erdoğan said regarding the issue last week.

Other initiatives created by Turkey include, supporting young girls who want to be engineers, providing stipends to grandmothers who are taking care of grandchildren, various vocational trainings, organized seminars on financial literacy and provide benefits to working moms. Selçuk mentioned one other program funded by the EU which planned to increase the number of babysitters for working mothers who find it difficult to get back into the workforce. She also highlighted the rate of women representation in Turkish Parliament, which rose to 17.4 percent after last year's elections, up from 4.4 percent in 2002.

"We will continue to work resolutely in order to ensure that women take part in all spheres of life in a more active, productive and stronger way," Selçuk said.

According to figures released by the Turkish Statistical Institute (TurkStat) last week, women, who

make up 49.8 percent of the population, do not fare better than other women in the world in terms of employment. Still, the proportion of women in upper and middle-level management positions was 17.3 percent, TurkStat reported, based on 2017 statistics. Unfortunately, the female employment rate was less than half of the male employment rate, according to figures from 2017, the latest year with available statistics. The employment rate for men was 65.6 percent, while it was only 28.9 percent for women. Statistics show that the higher the educational status of a woman, the more likely she is to participate in the labor force. The labor force participation rate for women who graduated from universities was 72.7 percent, while it was only 27.7 percent for those who only completed high school. The highest female employment rate was in the service sector. It was lower in industry and agriculture compared to men.

Other TurkStat figures show the proportion of female professors in higher education was 31.2 percent in the 2017-18 education year and women constituted 22.1 percent of ambassadors who work in the Ministry of Foreign Affairs.