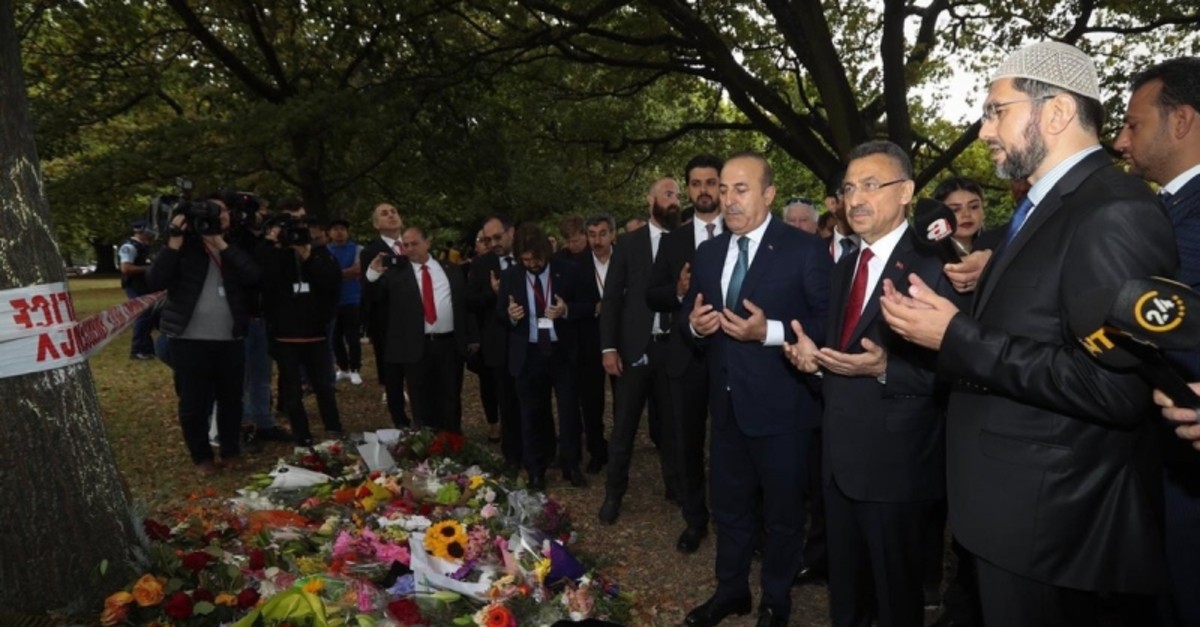 Vice President Fuat Oktay and Foreign Minister Mevlüt Çavuşoğlu visited the victims of the terrorist attack which left at least 50 people dead in New Zealand, as they urged the world to put an end to the use of provocative language that fuels violence.

Oktay called on the world to stop promoting "provocative language" in wake of Friday's terror attacks at two mosques in New Zealand. 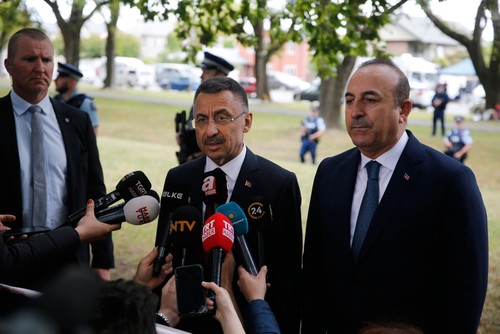 "We have to start using a different language. The whole world has to stop promoting some type of provocative language," Oktay told reporters.

Oktay and Çavuşoğlu are on a two-day visit to Christchurch city in an effort to underline Turkey's firm stance against Islamophobia and xenophobia, as well as to show its solidarity with New Zealand upon deadly terror attacks.

At least 50 people were killed when a terrorist opened fire on worshippers during Friday prayers at the Al Noor and Linwood mosques in Christchurch.

Oktay said terror and terrorists have "no religion, no race, and no geography." 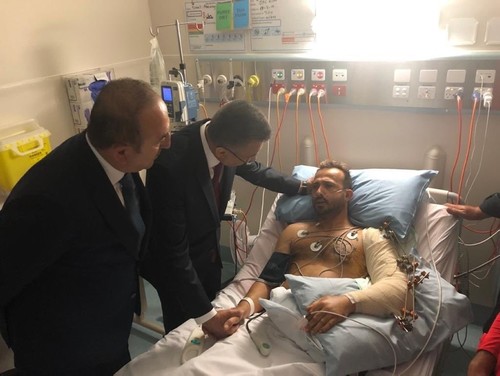 Çavuşoğlu, for his part, said the Council of the Foreign Ministers of the Organization of Islamic Cooperation (OIC) will convene with an emergency meeting in Turkey on Friday in wake of the terror attacks in New Zealand.

"Here [during the meeting], we will form a commission to follow the decisions that we have taken. We will bring this issue up on all platforms, including the U.N. We will not let it go," he said.

Çavuşoğlu added that Muslims both in New Zealand and all around the world are "extremely uncomfortable" with growing Islamophobia and racism.

Oktay and Çavuşoğlu visited the injured people, including three Turks, at the hospital. 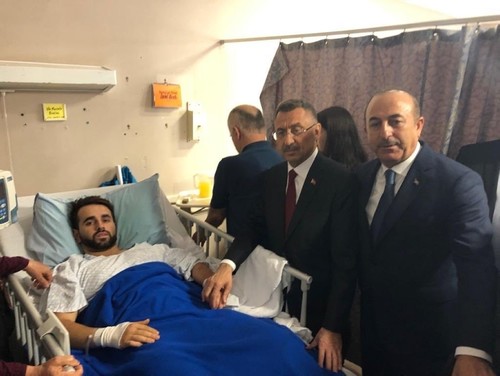 "We [New Zealand] assume that the terrorist chose our country to become famous since it bears minimum risk [in terms of terrorist attacks]," Reddy said.

Reddy added that the wounded people will benefit from compensation, and New Zealand works hard to prevent the immigrants from being affected by Friday's terror attacks.

Reddy also recalled her visit to Turkey last year during her speech.

"We have no problem with Turkey. I saw this friendship in its best way during my visit to Turkey last year. President Recep Tayyip Erdoğan welcomed us very well," Reddy said.