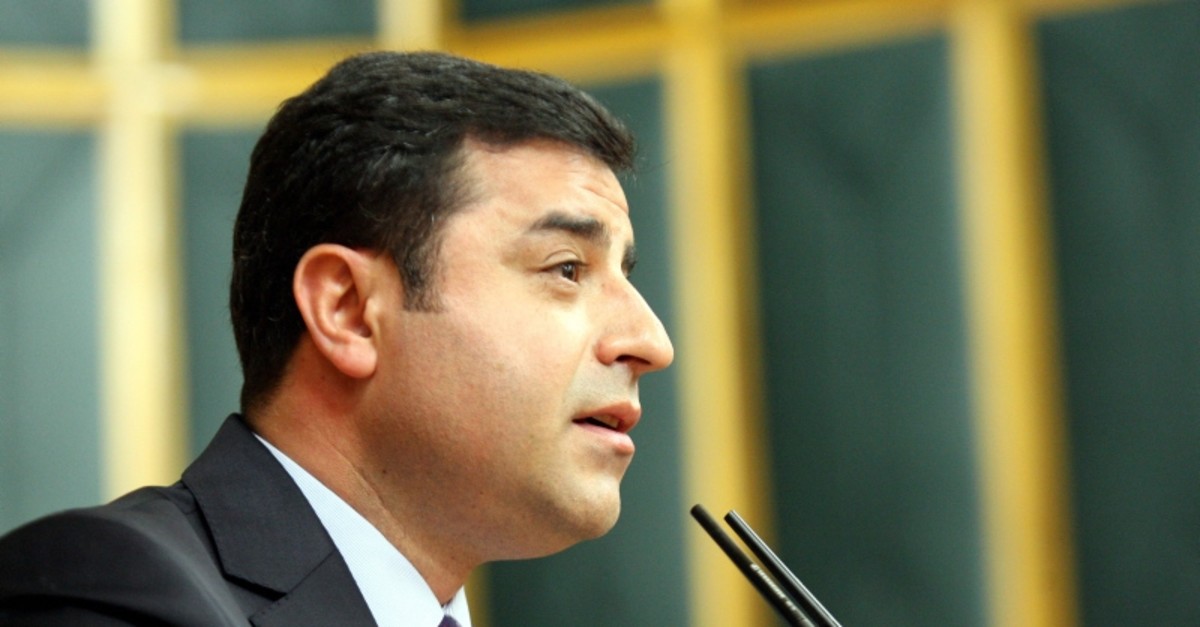 The European Court of Human Rights (ECtHR) agreed to hear Turkey's appeal on the detention period of the former co-chairman of the PKK-linked Peoples' Democratic Party (HDP) Selahattin Demirtaş, who faces terrorism charges in Turkey.

The Turkish Ministry of Justice said the court would re-evaluate its ruling last fall that Demirtaş should be released as his detention "exceeded a reasonable period." ECtHR said in a statement that the Grand Chamber Panel of the court accepted Turkey's appeal request and the case would now be referred to the Grand Chamber.

Demirtaş was detained in November 2016 along with other top figures of the HDP on terror charges after they refused to attend trials related to earlier cases they were accused in. He and his party are often criticized for open support to the terrorist group PKK which is responsible for the killings of thousands since the early 1980s.

The most serious charges he is facing are related to the notorious Kobani riots on Oct. 6-7, 2014, and the role of the HDP-linked officials and municipalities in the PKK terrorist group's unilateral move to end the reconciliation period and launch an unprecedented barricade and trench attacks in cities and towns in Turkey's southeast.

Demirtaş is accused of inciting hatred in the Kobani riots, which erupted at the height of Daesh attacks in northern Syria's predominantly Kurdish border town of Ayn al-Arab – also known as Kobani – which is controlled by the PKK's Syrian offshoot, the People's Protection Units (YPG). Following Demirtaş's call to take to the streets, more than 50 people were killed and hundreds of others were injured in riots.

In July 2015, the PKK unilaterally attacked Turkish security forces while a new strategy was adopted in lessons learned from the Syrian civil war. In addition to guerrilla tactics in the countryside, the PKK positioned militants in heavily populated urban areas in the southeast while using suicide attacks against both civilian and public targets in Turkey's large cities in the west. Several HDP deputies and municipalities held by the HDP are being accused of collaborating with PKK militants and providing logistics support and heavy duty machines during that change in the terrorist group's violent campaign.