US' vague remarks water down already sluggish pullout from Syria 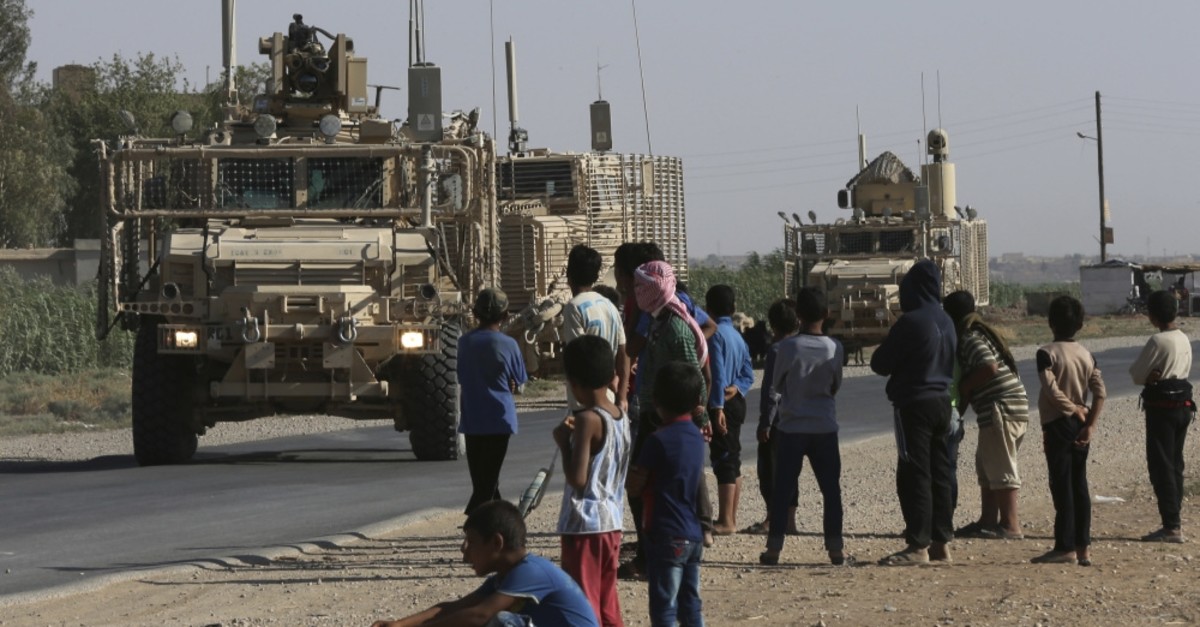 The U.S. has been flip-flopping on their Syrian policy with Washington backtracking from its ‘immediate withdrawal' decision from Syria

Washington has been gradually backtracking from its military pullout from Syria in an apparent move to return to its pre-December Syria policy. Local sources, speaking to Anadolu Agency, underscored Monday that the U.S. has not withdrawn any of its troops since U.S. President Donald Trump first announced an "immediate withdrawal" from the war-torn country.

Some 2,000 troops are still present in the country, despite Trump's promise to start the withdrawal by mid-March. In December, Trump had announced that Daesh had been defeated and U.S. troops in Syria will withdraw from the country straightaway. The decision, however, was quickly interpreted as an intention to halt U.S. support for the PKK-affiliated People's Protection Units (YPG), a group that Turkey deems a national threat. Trump's swift announcement drew a range of criticism, suggesting that Daesh was still a threat and a full withdrawal was a betrayal of their ally on the ground. The U.S. administration has been unclear on their Syrian policy since. Citing U.S. officials, The Wall Street Journal reported on Sunday that the U.S. is now seeking to continue its cooperation with the YPG despite Turkey's warnings that it will conduct a cross-border operation against the terrorist group.

The newspaper added that could lead to as many as 1,000 U.S. troops remaining in northeastern Syria, which was initially planned as no troops and later changed to 200 troops.

Shortly after, Gen. Joseph Votel, head of U.S. Central Command (CENTCOM) denied the report, calling it factually incorrect. "There has been no change to the plan announced in February and we continue to implement the president's direction to scale down U.S. forces to a residual presence," he said insisting that there has been no change to the planned 400 troops, another increase in the initially planned number.

Votel also added that Washington and Ankara have conducted detailed military planning and agreed to an "initial concept" regarding some type of security arrangement along the Syrian-Turkish border.

In the past four months, Trump backpedaled from his initial "immediate withdrawal" rhetoric, saying that he did not have a specific time limit for the pullout and prioritize "a slow and secure withdrawal," signaling an extension of the presence of U.S. troops on the ground. Following suite, Votel signaled on Feb. 11 that the pullout process will begin in mid-March at the latest. Hesitating from having a comprehensive policy change, just two months after the decision, Washington emphasized that a "small peacekeeping group of about 200" would remain in Syria, but Defense Department officials have cautioned that the 200 number was too definitive for this stabilization mission. Four changes of policy in just four months turned the withdrawal policy into a boiling frog story, raising questions whether the U.S. had really intended to withdraw from the country in the first place or it was just a move to appease and stall its NATO ally. Apparently, the media is acting as a tool to foreshadow the change in policy, paving the way for an appropriate environment. Once having weighed the reactions over the withdrawal policy, change via media reports where unanimous officials "leaked" information, the U.S. officials began to announce the change from lower-ranked officials to higher-ranked officials. Washington's inconsistent rhetoric is also present in its cooperation with the YPG, doing little to ease Ankara's concerns and such statements cannot pay off anymore. Instead of slowly halting its cooperation, the U.S. has provided more weapons to YPG after the announcement of the pullout decision, let alone retrieving the weapons in the hands of the terrorist organization.

In February, Washington sent twice, approximately 300 trucks of weapons to the terrorist organization via the Syrian-Iraq border.

Additionally, the U.S. 2020 budget allocations for the training and equipping of the YPG in the fight against Daesh has remained the same as the 2019 budget despite announcing that Daesh has been defeated. Ankara has been infuriated by the U.S. support for the Syrian Democratic Forces (SDF), which is dominated by the YPG under the pretext of fighting Daesh. The U.S. provided military training and supplied truckloads of weapons to the YPG, disregarding warnings from Ankara that the YPG is organically linked to the PKK and partnering with one terrorist group to fight another was not acceptable. The YPG's ultimate goal is to establish an autonomous region in northern Syria by connecting the northwestern Afrin canton to the Kobani and Jazeera cantons in the northeast. Turkey says the weapons are ultimately transferred to the PKK, which has been waging a terror campaign against Turkey for last 40 years.