Hagia Sophia might be reverted to a mosque, Erdoğan says 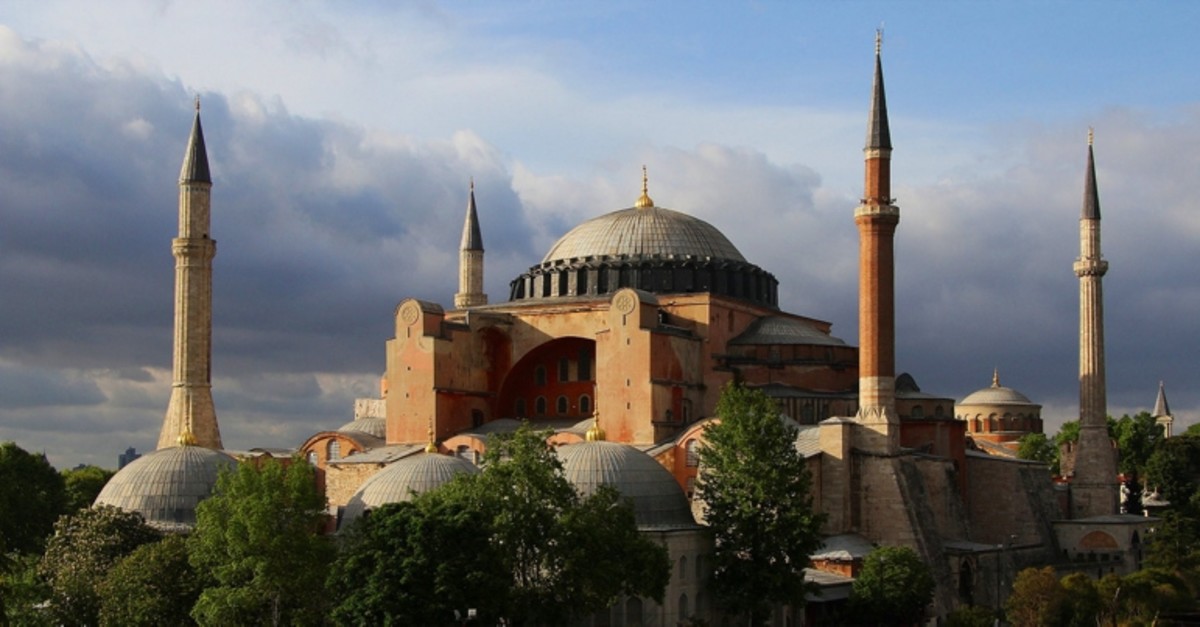 President Recep Tayyip Erdoğan on Sunday voiced the possibility of reverting the Hagia Sophia, which has been used as a museum since 1935 and is considered one of the world's wonders, to a mosque.

"This is not unlikely. We might even change its name to Ayasofya Mosque," Erdoğan said during a live interview with Turkish broadcaster TGRT.

"This is not a strange proposal," he said regarding the calls to convert the historical building to serve the purpose it did for half a millennium.

"As you know, the mosque was converted to a museum in 1935, as a reflection of the (Republican People's Party) CHP mentality. We may as well take a step and change that," he concluded, pointing to the harshly secularist policies of the 1930s CHP, which is the main opposition today.

The Hagia Sophia was built in the sixth century during the Christian Byzantine Empire and served as the seat of the Greek Orthodox Church. It was converted into an imperial mosque with the Ottoman conquest of Istanbul in 1453. The structure was converted into a museum during the strictly secular single-party rule in 1935, but there have been discussions around converting it back to a mosque, with public demands to restore it as a place of worship gaining traction on social media.

In 2015, a cleric recited the Quran inside the building, a UNESCO World Heritage site, for the first time in 85 years. The following year, Turkey's religious authority began hosting and broadcasting religious readings during the holy month of Ramadan and the call to prayer was recited inside on the anniversary of the first revelation of the Quran to the Prophet Muhammad (Peace Be Upon Him).