Without recognition of anti-Muslim racism, Muslims will never be safe in Europe 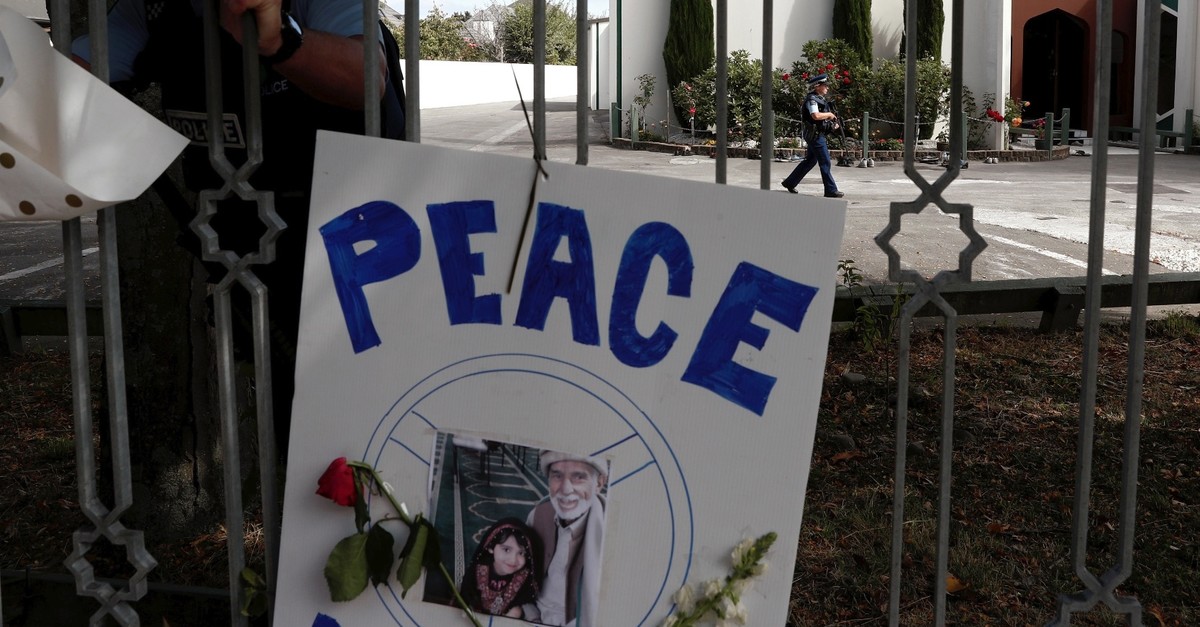 As anti-Muslim racism reaches a threatening level in the continent, it is time for Europe to act against anti-Muslim crimes committed against innocent people

The white-supremacist terrorist attack in Christchurch, New Zealand, has brought some attention to countless racist attacks faced by Muslim minorities across Europe. However, neither the European Union nor its member states are taking measures to counter these crimes committed against innocent people. In the United Kingdom's Birmingham, police continue to hunt for those behind the sledgehammer attacks on five mosques. One of the mosques is on the same road as the secondary school I went to, and the rest are all within walking distance of each other. Looking back 15 years, it is tragic to see what the once multicultural city of tolerance is turning into. The situation in other parts of Europe is not so different.

The number of anti-Muslim hate crimes reported across Britain increased by 593 percent in the week after the terrorist attack in New Zealand, The Guardian reported, citing figures from the independent charity Tell Mama. According to figures, 95 incidents were reported to the charity from March 15, the day of the New Zealand atrocity, to midnight March 21. Of those, 85 incidents, 89 percent of the total, contained direct references to the New Zealand attacks and featured gestures such as mimicking firearms being fired at Muslims.

Verbal abuse directed at Muslims in London in separate incidents is alleged to have included shouts of "you need to be shot," "you deserve it" and "Muslims must die." Incidents were reported in Scotland, where a mosque was attacked, in Stanwell, Surrey, where police declared the stabbing of a teenager to be a suspected far-right terrorist attack, and in Lancashire.

Only two weeks before the Christchurch attack, a panel on anti-Muslim ideologies was held in one of the many conference rooms in the European Parliament (EP) building in Brussels. The event was organized by the Ankara-based Foundation for Political, Economic and Social Research (SETA) and sponsored by Wajid Khan, an outgoing British MEP of Pakistani origin. Very few people showed up for the panel that sought to provide prescriptions for a troublesome issue of Europe.

Those who avoided listening to "bunch of Muslims" also missed the opportunity of hearing data on attacks Muslims face in Europe, such as pregnant women being beaten by anti-Muslim attackers until they lose their babies, mosques frequently being attacked in many countries or four out of five major Czech political parties openly fueling hatred towards Muslims in a country where 0.02 percent of its population make up the Muslim minority.

Days after the panel at the EP, 50 worshipers killed by a terrorist who used not identical but very similar reasoning as anti-Muslim politicians or figures in Europe. On the same day, EU foreign policy chief Federica Mogherini spoke at a press conference with the Turkish foreign minister, who lambasted the EU and said not only the perpetrators, "but also the politicians and media, that fuel the already escalated Islamophobia and hate in the West, are equally responsible for this barbaric attack. We call on EU to tackle Islamophobia in Europe."

Minutes later Mogherini took the floor and condemned the attack. I felt the need to raise a question on the matter and asked her whether the EU is going to recognize anti-Muslim sentiments politically as a form of racism that can lead to human rights violations. I also used my question time to give some gruesome examples of anti-Muslim attacks from France. However, the top EU diplomat gave a long but vague answer without mentioning the word "Islamophobia" or that the bloc has such intentions. It is worth it to note that the EP has adopted resolutions on combating anti-Semitism and racism against Gypsy people.

In a Europe in which Muslims are frequently stripped off their democratic rights and freedoms, calls for recognition of anti-Muslim sentiments may be seen as naive. However, Europe can do better than this and stand for the values that it claims to advocate for others. Maryam Pougetoux, 19, is the president of the student union at Paris's Sorbonne University. She appeared in a documentary talking about student protests against the French president's educational reforms while wearing a hijab, or Muslim headscarf. She was targeted by the ministers of her very own country, not for her words but for her look. Interior Minister Gérard Collomb said Ms. Pougetoux's appearance in a hijab was a "provocation" that he found "shocking."

When such an undemocratic and heartbreaking hate attack is carried out by politicians who define themselves as liberals, those who openly express their anti-Muslim stance are taking to the streets to attack Muslims. The website islamophobiaeurope.com has an extensive report on anti-Muslim attacks in Europe with detailed information on 33 countries.

Other than the New Zealand prime minister's extraordinary leadership and morality, the Labour Party of the U.K. also deserves commendation. The party has formally adopted a definition of anti-Muslim sentiments, arguing that it is vital to tackling the rise of far-right racism. A party spokesperson said its national executive committee had adopted the working definition produced by the all-party parliamentary group on British Muslims "to help tackle Islamophobia, build a common understanding of its causes and consequences, and express solidarity with Muslim communities."