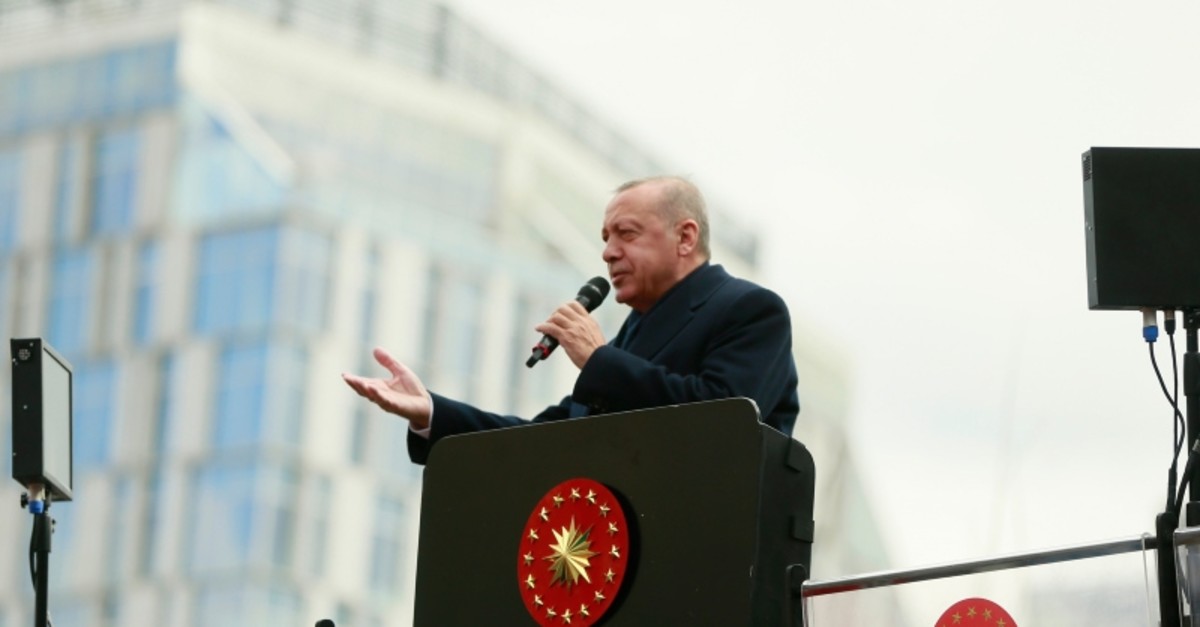 Turkey will solve the Syria issue on the field as the first thing after the March 31 local elections, President Recep Tayyip Erdoğan said Saturday.

Speaking at an election rally in Istanbul's Kağıthane district, Erdoğan said Turkey will not allow a "terror corridor" to be formed along the country's southern borders.

The president noted that Turkey will take direct action to solve the matter, rather than just sit at the table and address the issue through talks.

Turkey carried out two cross-border operations in northern Syria, Operation Euphrates Shield launched in August 2016 and Operation Olive Branch in January 2018, to drive terrorist groups, including the PKK's Syrian affiliate People's Protection Units (YPG) and Daesh, away from its borders.

While the country liberated northwestern Syrian territories from Daesh terrorism, it also prevented the YPG from establishing a de-facto autonomous region in Syria by connecting the northwestern Afrin district to the so-called Kobani and Jazeera cantons in the northeast, which Ankara describes as a "terror corridor" posing a grave security threat to its national security.