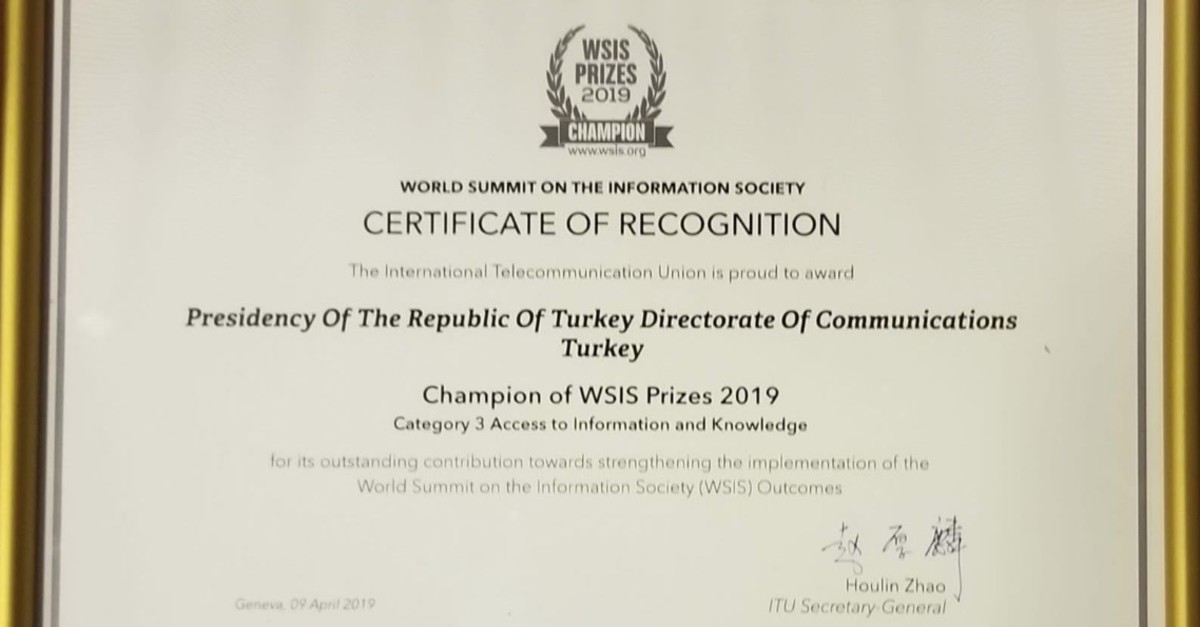 The United Nations awarded the Turkish presidency's communication wing for ease of access to information on Wednesday, an official said.

"CIMER (Communications Center of the Presidency) is awarded the 'Best Project' by The International Telecommunication Union of UN during the World Summit on the Information Society in Geneva in terms of access to information and knowledge," Fahrettin Altun, Communications Director of Turkish Presidency said in a tweet.

Some 366 communication projects were contesting for the award.