Erdoğan commemorates Ottoman Armenians who died during WWI, 1915 events in letter to Patriarchate 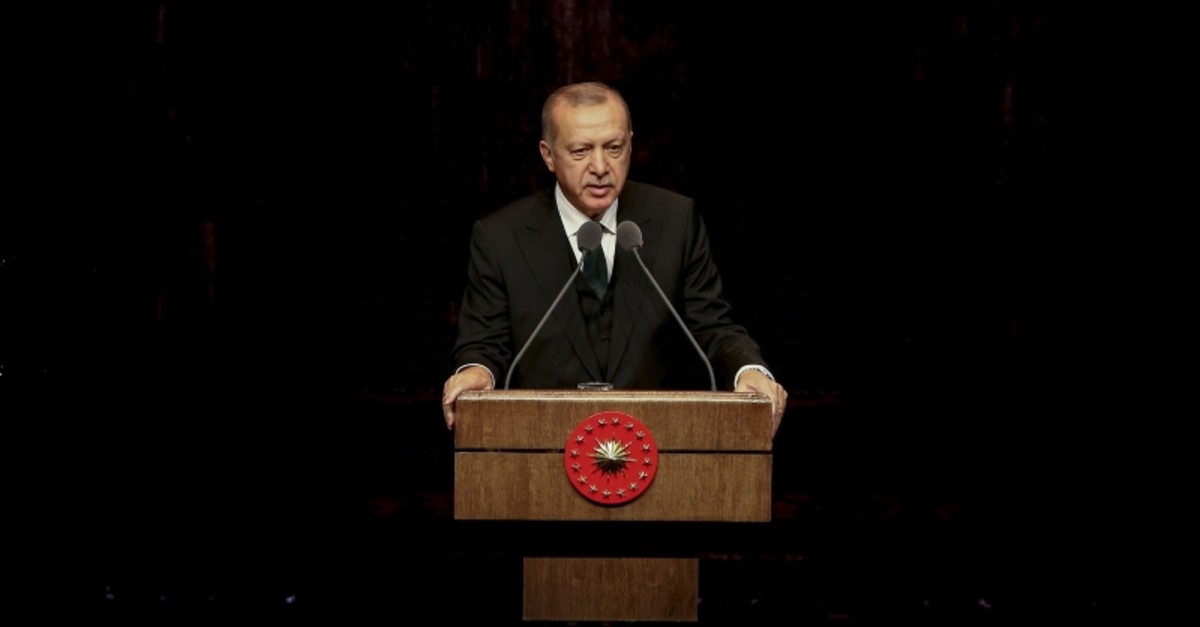 President Recep Tayyip Erdoğan on Wednesday penned a letter to Aram Ateşyan, acting patriarch of the Armenian Patriarchate, on the 104th anniversary of the tragic events of 1915, commemorating the Armenians killed in World War I.

Starting his letter with condolences to the Armenian community over the death of late Armenian Patriarch Mesrob Mutafyan on March 8, Erdoğan also offered his sincere condolences to the descendants of Ottoman Armenians who lost their lives in the harsh conditions of World War I, and commemorated with respect all the victims.

"As it was the case in the disintegration of other empires, the Ottoman Empire, too, witnessed many humanitarian crises inside its borders as well in neighboring geographies during its final stages.

I also wish God's mercy upon other Ottoman citizens who lost their lives due to epidemic diseases, mass migration and disruptive acts carried out by gangs and armed groups which escalated due to the weakening of state authority," Erdoğan wrote.

Acknowledging the Armenian community's great contributions to the Ottoman Empire and the Turkish Republic, Erdoğan reiterated that Armenians in Turkey still played important roles in every aspect of social, political and commercial life as equal and free citizens, as they did so in the past.

The president underscored that everyone shared one common goal: to heal the wounds of the past and further strengthen the bond between the two communities, who have experienced joyous moments and suffered through pain together throughout history.

Erdoğan vowed that Turkey will always stand by Armenians to help alleviate their pain and suffering and help them resolve their problems.

He also asserted that he would not allow a single Armenian to be discriminated against, alienated or marginalized, and underlined the "special importance" of the Armenian community's peace, security and happiness for Turkey.

"I believe that the way to build a common future together is by being one and united," Erdoğan said.

Calling on the Armenian community, Erdoğan added: "In this respect, I hope that you do not give opportunity to circles that try to distort our common past and infer hatred, grievance and animosity from history."

He also expressed his wishes for the new religious leader of the Armenian community to be elected as soon as possible and wished them success.

Turkey's position on the events of 1915 is that the deaths of Armenians in eastern Anatolia took place when some sided with invading Russians and revolted against Ottoman forces. A subsequent relocation of Armenians resulted in numerous casualties, added by massacres from militaries and militia groups of both sides. The mass arrests of prominent Ottoman Armenian politicians, intellectuals and other community members suspected of links to separatist groups, harboring nationalist sentiments and being hostile to the Ottoman rule were rounded up in then-capital Istanbul on April 24, 1915 is commemorated as the beginning of later atrocities.