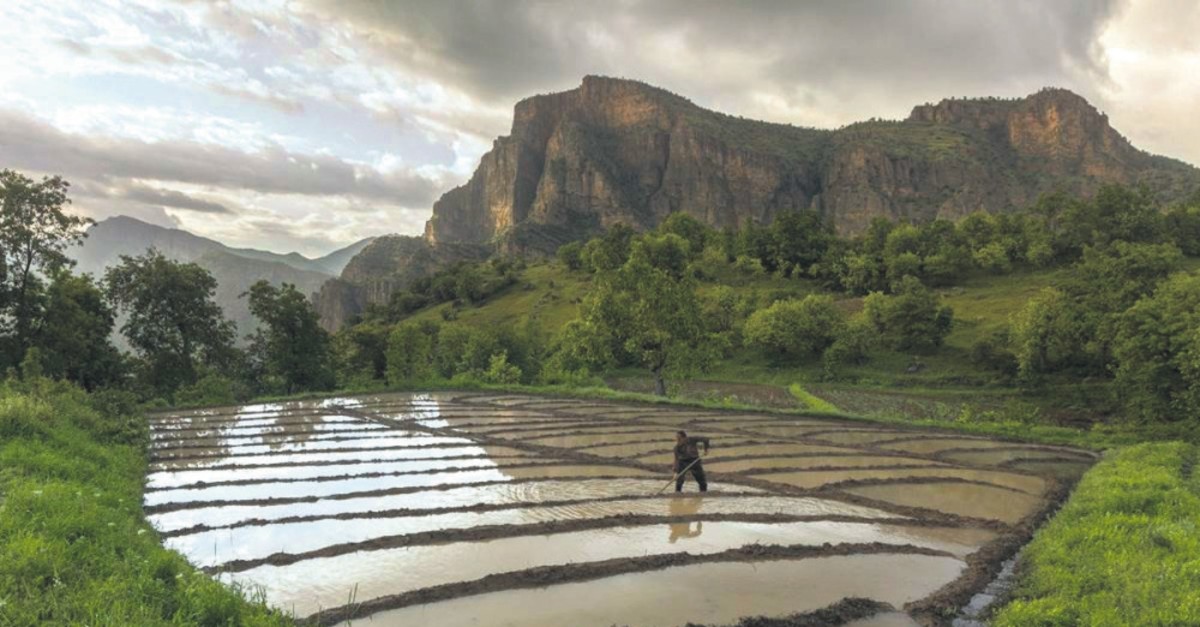 Hakkari's Çukurca will host the Second Photo Safari and Outdoor Sports Festival this week with the participation of nature lovers, outdoor sports enthusiasts and renowned photographers

Hakkari's Çukurca, a predominantly Kurdish-populated southeastern district in Turkey, will host the Second Photo Safari and Outdoor Sports Festival this week in a bid to promote its culture and nature after the city was damaged by the PKK terrorist organization and later restored by the government. The festival is only one part of the comprehensive projects initiated after the establishment of security and peace in the district that aims to promote and improve nature-oriented tourism as well as to increase the region's economic activity.

Within this scope, the Second Photo Safari and Outdoor Sport Festival will be held May 2-5 by the Interior Ministry with the cooperation of Hakkari's governorship, district governorship, the municipality and the Agency for Development in Eastern Anatolia (DAKA).

The festival will see the participation of nature lovers, outdoor sports enthusiasts and renowned photographers. Mountain biking, off-roading, paintball, canoeing, rafting, trekking, rock climbing, paragliding and kite flying will be among the activities offered during the festival. As a part of the festival, a paintball Turkey championship will be also held in a big field.

Participating photographers will also have the opportunity to take part in a contest where they can exhibit their photographs featuring the culture and natural beauty of Çukurca and the daily life of the city.

Speaking to Anadolu Agency about the festival, District Governor Temel Ayca underscored that by organizing this festival for the second time, they are trying to transform it into a traditional festival. Pointing out that off-road races will be held for the first time in the region, Ayca noted that they will also focus on rafting and will open a rafting service building where sportsmen can stay in the district during the festival.

"This event will be a good start. Çukurca will be known for its outdoor activities. It will be associated with this kind of positive news and will have a great future," Ayca added.

Hakkari and its district Çukurca were among the areas severely damaged by clashes between the PKK and security forces when the terrorist organization reinitiated its terrorist campaign in urban areas in 2015.

Following the elimination of the PKK from the eastern cities, the government began to invest huge amounts of money to recover infrastructure and public services in the region. Intense reconstruction efforts in the southeastern region budgeted in the billions include housing, health and education projects, the restoration of historical buildings, mosques and churches, and recreation work under the leadership of the Environment and Urbanization Ministry.

Locals also expressed their appreciation for the reconstruction in the March 31 local polls, as the pro-PKK Peoples' Democratic Party (HDP) lost the elections in the Çukurca and Şemdinli districts to the ruling Justice and Development Party (AK Party).

Founded in 1978 under the pretext of Kurdish self-rule in southeastern Turkey where a predominantly Kurdish population lives, the PKK is listed as a terrorist organization by Turkey, the U.S. and the EU. The PKK has claimed the lives of more than 40,000 people, including women and children, in its 30-year terror campaign against Turkey.