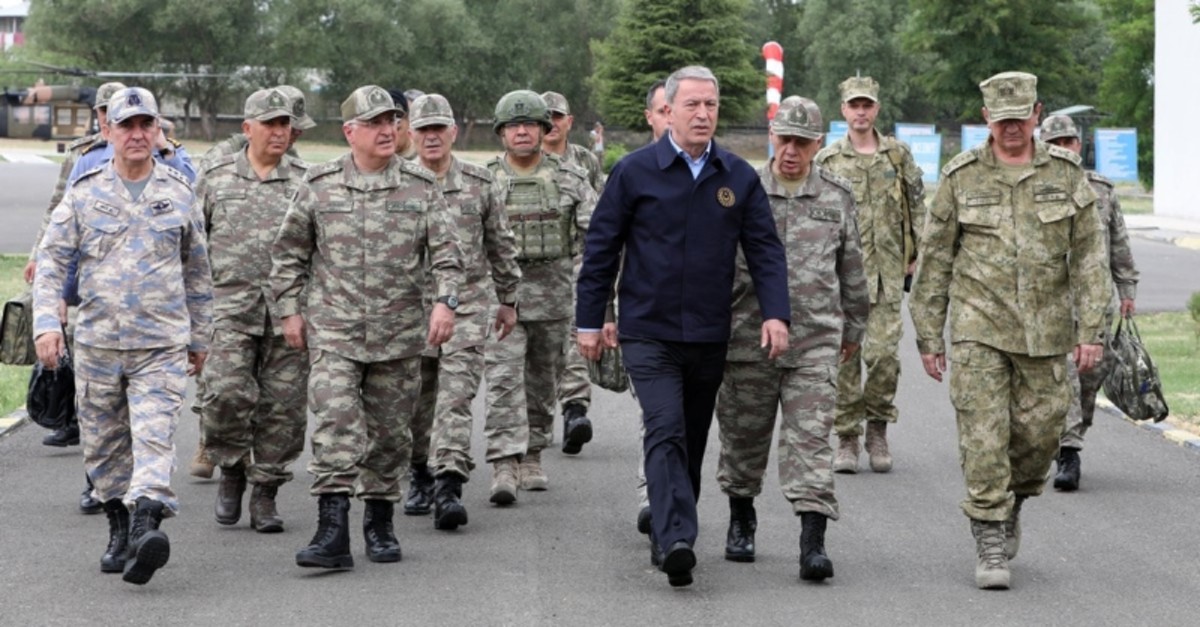 Turkey will terminate illegal crossings of its border using all means available in most effective manner, Defense Minister Hulusi Akar said during a visit to a border command in eastern Iğdır province Friday.

"We have done exactly what we have had to do so far to ensure the safety of the borders, and we will continue doing it with the same determination and resolution," Akar noted during the visit where he and the high-level commanders received information about the latest developments.

Along with the terrorist activities targeting Turkey from the Iranian border, there are also illegal activities such as irregular migrant transition or smuggling, Akar said.

Akar added that they will use their facilities in the most effective way to provide security, adding that illegal transit will be prevented completely. He also said that the borders' security has been strengthened by the additional troops that were deployed to the border commands.

Turkey's border security worries significantly increased after the outbreak of the Syrian Civil War in 2011 due to a massive refugee influx and presence of terrorist and militant groups across the border. Turkey shares a 911-kilometer (566-mile) border with Syria and 384-kilometer (238-mile) border with Iraq, which has been in constant turmoil since the late 1980s. Additionally, the country shares a 500-kilometer border with Iran lying on the primary route between Asia and Europe heavily used by migrants and smugglers.

Turkey completed the construction of a 764-kilometer (475-mile) concrete wall along its border with Syria in June 2018 to prevent terrorist infiltration, end smuggling and regulate the flow of migrants. A 144-kilometer (90-mile) wall on the Iranian border is also under construction. In addition, border units and outposts are being provided with night vision goggles, electronic surveillance systems and unmanned aerial vehicles to increase their efficiency.