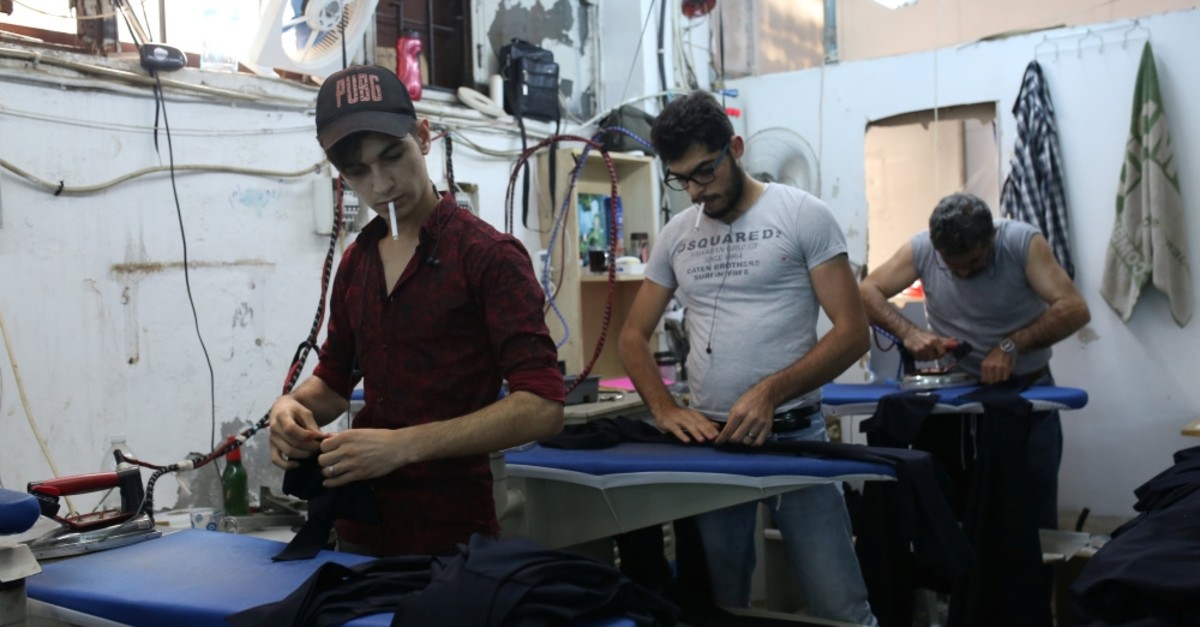 Hosting the largest number of refugees in the world, Turkey's humanitarian policies have been welcomed with respect by many. However, officials warn that the country has no more capacity to welcome any more refugee flows

Various events marked World Refugee Day on June 20 in Turkey, the country that still hosts the most refugees in the world. The number mostly consists of Syrian refugees who fled their country due to civil war. While Ankara uses every means available to answer their humanitarian needs and integrate them into society, officials have been warning that the country has no room for more displaced people.

"It is important to reduce the tension and find a political solution in Syria's Idlib as we can't answer a new refugee wave," Directorate General of Migration head Abdullah Ayaz said Wednesday.

Ankara has spent nearly $40 billion so far, while it has only received about 6 billion euros of support from the international community. Despite some factions in Turkey becoming restive due to a record number of refugees in various cities and the large amount of money spent on them amid deteriorating economic conditions in the country, the government insists on keeping its open-door policy along with maximum support for refugees.

EU Ambassador to Turkey Christian Berger said Thursday that Ankara has been carrying out great work by hosting millions of refugees from Syria and other parts of the world, adding that its achievement is not recognized enough.

Speaking at a photo exhibition organized on the occasion of World Refugee Day in Ankara, Berger appreciated Ankara's efforts, saying that the EU will continue to give support to Turkey to share its burden.

The exhibition "Guest - Refugee" was inaugurated by the EU Delegation to Turkey and the Turkish Photo-Journalists Association. The exhibition will be open to the public at Ankara's Cermodern until June 26, featuring photos taken by the members of the association over the last few years, focusing on the refugee issue in Turkey and neighboring and other countries. The exhibition also includes photos taken by young Syrian refugees who benefited from a short photo workshop in the Community Center of Turkey's Red Crescent (Kızılay) in Ankara's Altındağ district, which is financed by the EU.

Stressing that the situation is deteriorating worldwide for refugees, Berger said more than 70 million people were forcibly displaced across the world, fleeing conflicts, human rights violations, persecution, natural disasters and the impacts of climate change.

For his part, Sollorano emphasized that Turkey has hosted the most number of refugees worldwide for the last five years, adding that it is an embarrassment for the international community to be unable to prevent the displacement of 70 million people.

Speaking at the event, Kınık said Turkey had not closed its doors to refugee waves in its history, adding that it is the responsibility of the international community to provide protection for displaced people.

"As humanitarian relief organizations, it is our duty to work until [every] last refugee returns to their home and has a peaceful life," the Kızılay head said.

In May, Interior Minister Süleyman Soylu said that the number of Syrians that returned home reached nearly 330,000 since Turkey successfully completed counterterror operations in northern Syria.

Turkey cleared an area of 4,000 square kilometers of two terrorist groups, Daesh and the PKK-affiliated People's Protection Units (YPG), in operations in 2016 and in the following years by helping the Free Syrian Army (FSA) weed out terrorists from al-Bab, Jarablus and other towns with Operation Euphrates Shield and from Afrin with Operation Olive Branch.