NATO report exposes details of US nuclear weapons in Europe 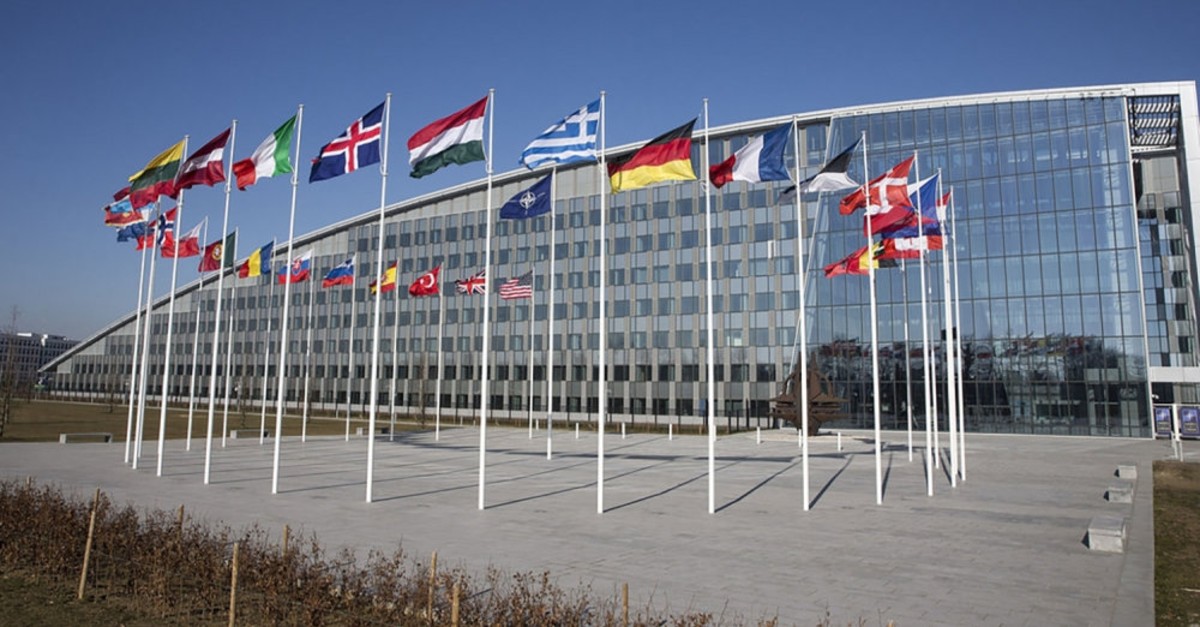 A report revealing a detailed picture of NATO's deterrence policy by focusing on some sites in Europe and Turkey shows that the U.S. stores various nuclear weapons at some bases.
by Daily Sabah with Agencies Jul 18, 2019 12:08 am

A leaked NATO report on the bloc's deterrence policy revealed the details of air bases in Europe and Turkey where the U.S. has stored some 150 nuclear weapons

A draft report for the NATO Parliamentary Assembly's Defense and Security Committee, a consultative inter-parliamentary body for the military bloc, revealed secret details of six air bases in Europe and Turkey where the U.S. stores approximately 150 nuclear weapons, specifically B-61 gravity bombs. Turkey's İncirlik Air Base hosts almost 50 B-61 bombs, becoming the second country on the list, after Italy, with the largest stash of U.S. nuclear bombs.

The report, "A New Era for Nuclear Deterrence? Modernization, Arms Control and Allied Nuclear Forces," was written in April and later amended last week to remove detailed references to the air bases. A copy of the initial report that was consequently deleted was published on Tuesday by Belgian newspaper De Morgan. Belgian Green Party MP Wouter De Vriendt, who attended the session, provided the copy of the draft to the De Morgen daily.

The report presents a detailed picture of NATO's deterrence policy by focusing on some of the sites in Europe and Turkey used by the U.S. to store nuclear weapons.

A TOTAL OF 150 NUCLEAR WEAPONS

The United States is one of three atomic powers in NATO, along with Britain and France, and although the nuclear threat is a key part of its deterrence strategy, the alliance routinely refuses to discuss it in detail.

The alliance distanced itself from the report, with an official stressing that it was "not an official NATO document."

Another official said the alliance would not comment on nuclear matters.

"The document quoted is a draft report by parliamentarians of NATO countries, who come together under the NATO Parliamentary Assembly," he noted.

The news comes amid fears of a new nuclear arms race in Europe, as a landmark Cold War treaty between Moscow and Washington is on the brink of collapse.

While the draft does not say the exact number of bombs stored in each of the bases houses, the information is readily available online, albeit with varying degrees of accuracy. It has been reported that Volkel Air Base stores up to 20 bombs, while Kleine Brogel Air Base is said to house 10 to 20 gravity warheads. Italy, the only country on the list with two nuclear bases, is estimated to have the largest stash of U.S. nuclear bombs: 60 to 70. Büchel Air Base in Germany is said to have up to 20 bombs. According to open source estimates, İncirlik Air Base in southern Turkey could store 50 B-61 bombs.

Discussions concerning Turkey's position in NATO have been sporadically warmed up by some political circles and lobbies in Washington as well as some specific media outlets. It generally has been prompted by frequent statements by the U.S. administration voicing concern over Turkey's purchase of S-400 air defense systems from Russia and urging Ankara to abandon its agreement with Moscow.

Turkey became a NATO member in 1952 as part of the first enlargement movement three years after the foundation of the organization. Since then, the country, which has the second largest army in the organization after the U.S., has provided NATO a connection to the Middle East and Black Sea through straits, has also taken part in many peacekeeping missions.

The United States maintains an important presence at İncirlik, a Turkish military airport and base located in southern Adana province, as a hub for operations against the Daesh terrorist group. Established in 1954, the base was one of the most important NATO bases in Turkey during the Cold War. It continues to house a stockpile of dozens of American tactical nuclear weapons.

The air base, inaugurated in 1954, was shut down to the U.S. after Washington imposed sanctions on Turkey in the 1970s. Ankara handed control of the air base to the Turkish military at the time. After the sanctions were lifted in September 1978, activities at the air base returned to normal.

Located outside the city of Adana, some 150 kilometers from the Syrian border, İncirlik Air Base is jointly used by the U.S. and Turkish Air Force. Since November 2011, the U.S. air force has been flying unarmed drones out of İncirlik. The U.S.-led coalition against Daesh has launched airstrikes from the air base since July 2015. The base was raided by Turkish authorities after being used by putschist officers in the coup plot on July 15, 2016.