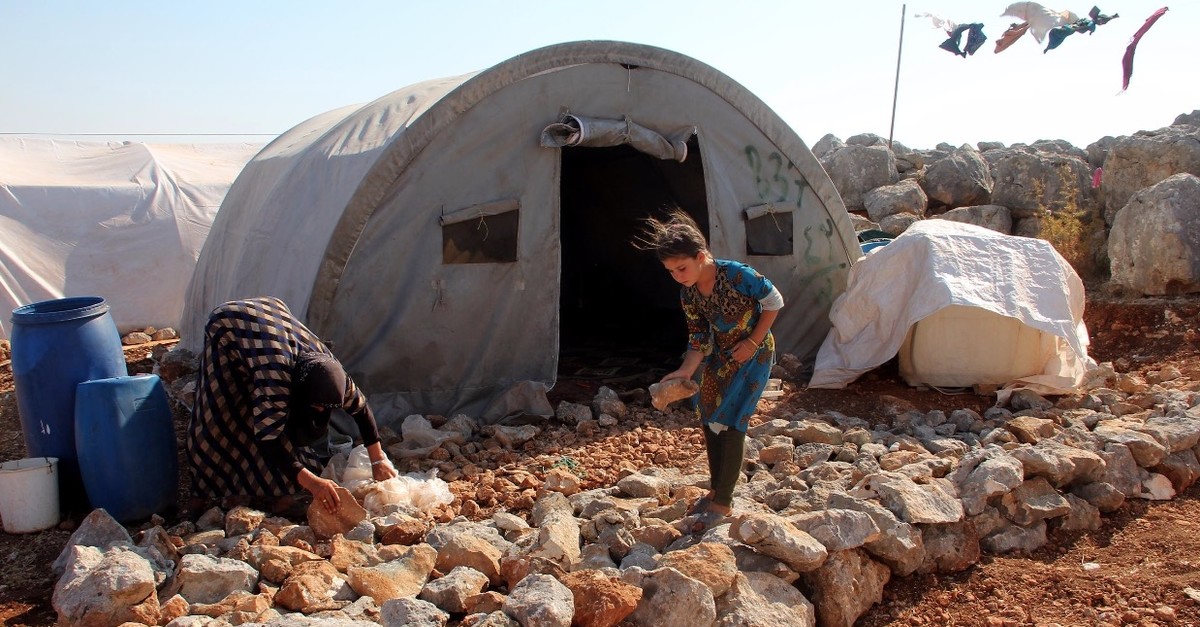 Four civilians were killed in regime attacks in Idlib, according to the White Helmets civil defense group Tuesday, revealing that the end of the short cease-fire has already cost lives in the in northwestern Syrian province. The attacks targeted the towns of Khan Sheikhoun and Maarat Al-Numan in Idlib's de-escalation zone, and Hama province's towns of Kafr Zita, Latamneh and Murak. Four civilians were killed in the attacks in Murak, the White Helmets said. Last Thursday night, Damascus declared a cease-fire in Idlib's de-escalation zone when Turkey, Russia and Iran, the three guarantors of the Astana peace process, met in the 13th meeting held in Nursultan, the capital of Kazakhstan, for technical talks before the trilateral Astana meeting, which will be held in Istanbul this month. Yet, the Syrian regime launched military airstrikes on northwestern Idlib province on Monday, effectively ending the cease-fire.

The regime accused opposition groups of targeting an airbase of its ally, Russia, and scrapped the cease-fire in the region.

Last year, the Sochi agreement was reached on Sept. 17 by President Recep Tayyip Erdoğan and his Russian counterpart Vladimir Putin. According to the agreement, the cease-fire in the Idlib region will be preserved, with the withdrawal of heavy arms and radicals from the region. However, even though the region of Idlib was declared a de-escalation zone, the attacks of the Syrian regime and Russia continued unceasingly on the last opposition stronghold, leading to deaths as well as the displacement of hundreds of thousands of people.

Meanwhile, civilians who escaped Idlib and took refuge near the Turkish border expressed that they have been living under harsh conditions as there is scarcity of clean water, food and shelter.

Leaving areas pelted by Idlib and regime attacks with the few belongings they can carry, the civilians expressed to the Anadolu Agency (AA) that their living conditions are inhumane.

"We had to migrate in this hot weather because of the [Bashar] Assad regime's attacks. We are longing for a drop of water. I had to beg to my neighbor for a glass of water," Ibrahim Sattuf, one of the refugees on the border said.

Ahmad Mevvas, yet another who had to leave his village in southern Idlib, also said they are in need of "everything."

"The bombs fell upon us like it was rain. We had to leave with only our clothes on. We have found a vehicle with many difficulties and came here. They gave us a tent. We are sitting on a rush mat. We were hoping to take back our properties in home, but our house has been destroyed. We cannot go anywhere else, and we need everything," he said, describing the situation they are in.

"These are the hardest times that I have to go through in my 85 years of life," he underscored.

"There are no toilets. No bases of the tents. We are sitting on the rocks. There are scorpions and snakes. We are going through a really hard process. There are no jobs, no money," Mustafa Ali, another refugee said, asking, "How will I be able to sustain my family?"

Since the Sochi agreement was inked last year, nearly 750,000 civilians have been displaced during violations of the cease-fire. Furthermore, the Syrian Network for Human Rights announced that as a result of the attacks on the de-escalation zone by Russia and the Assad regime since the end of April, 781 civilians have lost their lives, including 208 children and 140 women.

Besides the constant civilian deaths, civilian infrastructure, hospitals, markets and schools have also been destroyed, leaving the nearly 4 million people living in Idlib in desperate conditions. Last week, Medecins Sans Frontieres (MSF) even warned that this could lead to an outbreak of diseases.