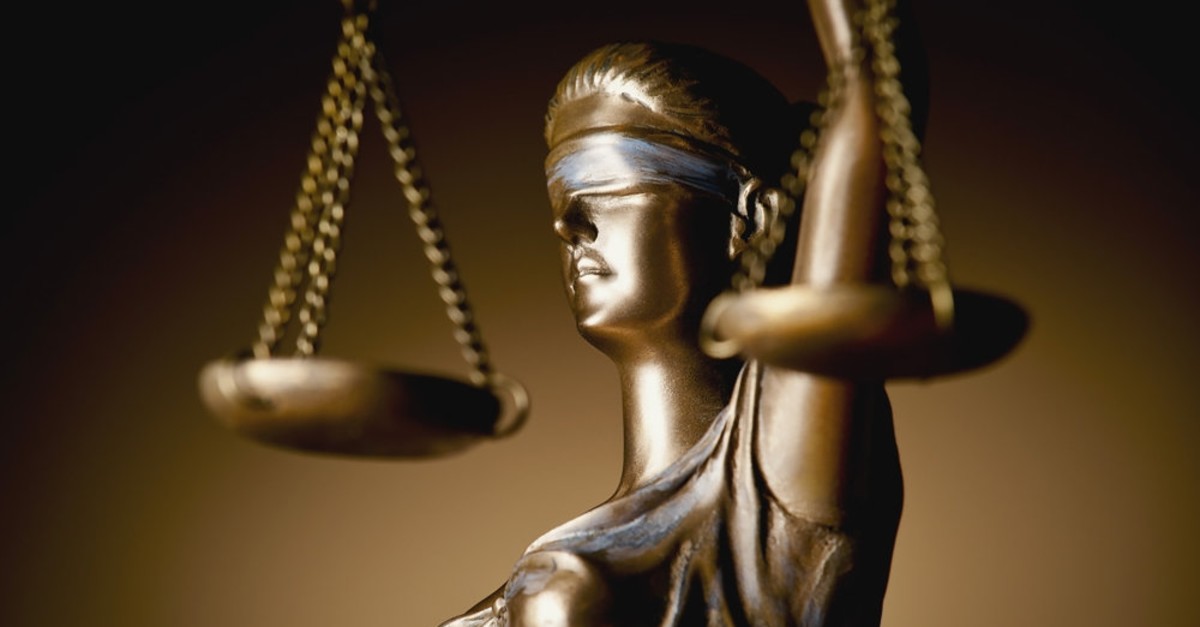 Turkey's new justice reforms have the motto ,Trust ensuring accessible justice,, and have nine aims, 63 targets and 256 activities to achieve this.
by Daily Sabah Aug 27, 2019 12:03 am

The first step for judiciary reforms, aiming to improve the conditions of justice services and to strengthen people's rights, will be taken in October

Turkey is getting ready to launch a series of judicial reforms to enhance the rights and liberties of the people. "We want to set a more qualified standard while delivering justice for our people. The Judicial Reform Strategy Act belongs to 82 million, to the whole of Turkey. It is the promise of our government to our people," Justice Minister Abdulhamit Gül said Monday, underlining that the reforms are scheduled to be launched following the opening of the Grand National Assembly of Turkey in October. Using the slogan "Trust ensuring accessible justice," the reforms have nine aims, 63 targets and 256 activity programs.

The nine aims are listed as follows: the enhancement and protection of rights and liberties; the enhancement of the independence, objectivity and transparency of the judiciary; enhancement of the quality and quantity of human resources; strengthening the performance and efficiency; enabling the use of the right of a defense effectively; increasing the activity of the criminal justice system; the simplification of civil justice and administrative procedure and increasing its presence; and lastly, generalizing the alternative solution approaches.

In order to achieve these aims, the act presents 63 targets and 256 activity programs.

It includes plans to strengthen the judiciary through delivering these reforms. According to the aims and targets within the act, the existing regulation will be reviewed to raise the standards regarding rights and liberties, and necessary changes will take place within the regulation.

Regulations on freedom of thought to be standardized

The laws regarding maximum detention durations will be regulated for the processes of investigation and prosecution separately. The methods of denial of access regarding websites will also be regulated within the scope of freedom of thought.

A new human rights action plan will also be prepared and applied effectively.

Within the scope of the enhancement of the independence, objectivity and transparency of the judiciary, the appointment, transfer and promotion system of the judges and prosecutors will be improved in accordance with measures based on subjective rulings and merit. In this respect, for the judges and persecutors who have professional seniority, a geographical assurance will be issued.

The interview exam mandatory for becoming a judge or prosecutor will be done by a delegation that represents a wide range of groups.

Entrance into law-related proficiency exams will be issued for the law students who want to be deputy notaries, deputy judges, deputy prosecutors and lawyer interns. Those who pass this exam will have the chance to take exams specifically for becoming deputies of judges or prosecutors and deputies of notaries.

composed of offices that offer consultancy services to people regarding special judicial issues.

The fees paid for the lawyers in return for working in the judiciary assistance system will be increased.

Satisfaction surveys to be conveyed regularly

There will be special works for determining the factors that affect the contentedness of judicial services being offered. Satisfaction surveys will be conducted regularly as well as meetings with the participation of nongovernmental organizations and academicians.

The media communication offices that are already present within the courthouses will be rebranded "media and public relations offices," which will help citizens reach out to meet their needs. In these offices, experienced staff members who are graduates of communication faculties will be employed. Crime reporters will also be trained to know basic law information and terminology.

Other special courts will be established in areas that necessitate specialization such as environment, energy and zoning. In order to ease the judicial process of citizens living abroad, the integration of an information system for representation abroad will be provided.

In the towns that do not have a courthouse or big airports, video testimonies will be an option.

The child justice system will be regulated with an understanding of reparative justice, and there will be a victim-based perspective. In this respect, except for heavy crimes, children under the age of 15 will not be subjected to investigations or prosecution and will be subjected to different protection mechanisms specifically for children.