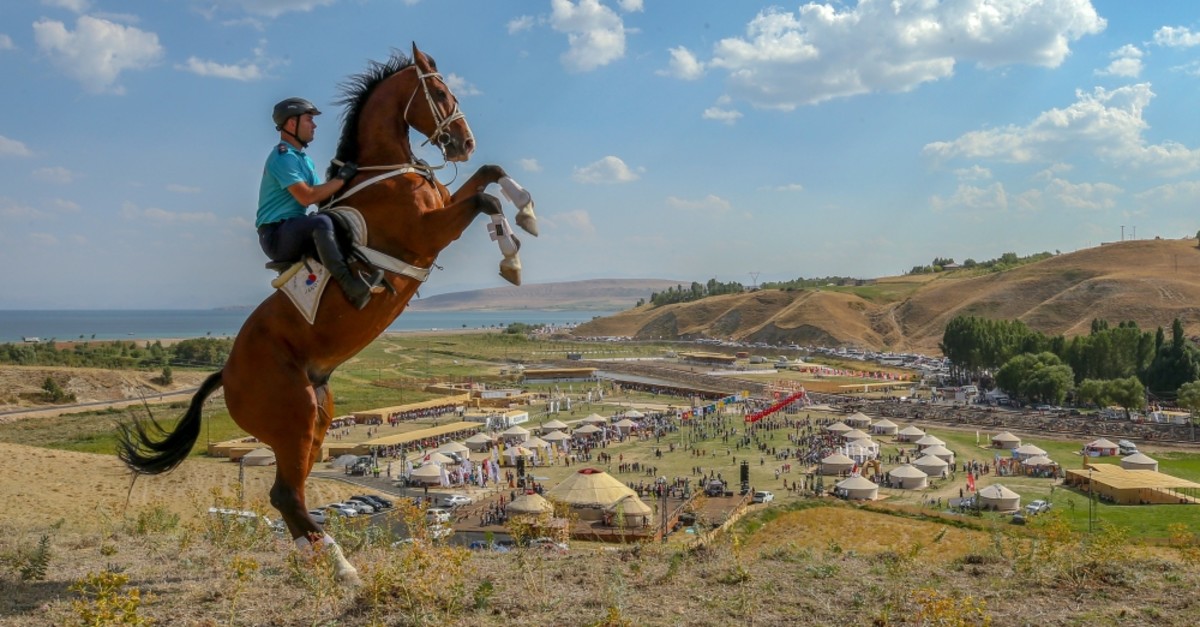 Turkey marked the 948th anniversary of the Battle of Manzikert (Malazgirt) Monday, which still deeply reverberates in the history of Anatolia and the world.

On Aug. 26, 1071, the armies of the Seljuk Turks and the Byzantine Empire clashed on the plain of Manzikert in what is now eastern Turkey's Muş. The battle ended in a decisive and influential victory for the Seljuks.

The Battle of Manzikert was one of the most significant turning points in medieval history, as after the Byzantines suffered this grievous blow, the gates of Anatolia swung fully open to Turkish domination.

The victory by Sultan Alp Arslan (the Lion-Hearted) accelerated the decline of the Byzantine Empire and led to more Turkic tribes settling in the region, paving the way for both the Ottoman Empire and the modern Republic of Turkey.

The battle also earned a unique place in Turkish military history, as the Seljuks won the battle despite overwhelming odds. Their army was outnumbered nearly two to one, with only 25,000 soldiers compared to the Byzantine army's 50,000.

Sultan Alp Arslan's crescent (Turan) strategy played a key role in the battle. In this traditional Turkish maneuver, the Seljuk flanks tried to encircle the Byzantines, while their central forces faked a retreat to create confusion.

The outcome of the battle weakened the Byzantine Empire's grip in Anatolia and eventually led to its disintegration, as well as the formation of new Turkish beyliks (principalities), and even, centuries later, the mighty Ottoman Empire.

Yesterday, tens of thousands of Turks marked the anniversary of this battle as they flocked to the Malazgirt plain, where a festival commemorating the victory was held.

Organizers expected over 200,000 people to attend the festival, which in addition to celebrating history also aimed to boost national unity and awareness.

President Recep Tayyip Erdoğan was at the event, along with other prominent Turkish statesmen, and delivered his remarks on the significance of the battle before crowds of thousands.

Erdoğan wished God's mercy on all those "heroes" behind the Battle of Malazgirt, a historic victory for the Turks in Anatolia nearly a millennium ago.

He also pointed out that the regions where their ancestors ruled peacefully, safely and prosperously for centuries, nowadays have been "writhing in cruelty and misery."

"No political or economic interest can prevent us from telling the truth, standing with the truth and supporting the oppressed and the victim," Erdoğan said.

Speaking about "Victory Week," signifying historic battles that took place between Aug. 26 and Aug. 30, Erdoğan said Malazgirt opened the way to Anatolia for the Turks.

Erdoğan added that these victories encouraged the Turkish nation and paved the way for a better future for the country following the establishment of the Turkish Republic.

He honored the founder of the Republic of Turkey, Mustafa Kemal Atatürk, and Sultan Alparslan and wished divine mercy upon those who lost their lives in the battles.

Turkish control of Anatolia began with the Battle of Malazgirt on Aug. 26, 1071, which saw the Seljuk Turks led by Sultan Alparslan defeat a much larger Byzantine army.

From Aug. 26 to Aug. 30, 1922, Turkish forces fought the Battle of Dumlupınar in Turkey's western Kütahya province, where the invading Greek army was decisively defeated.

By the end of 1922, all foreign forces had left the territories that would collectively become the new Republic of Turkey one year later.