We want to see YPG withdraw from areas near the Turkish border, defense minister says 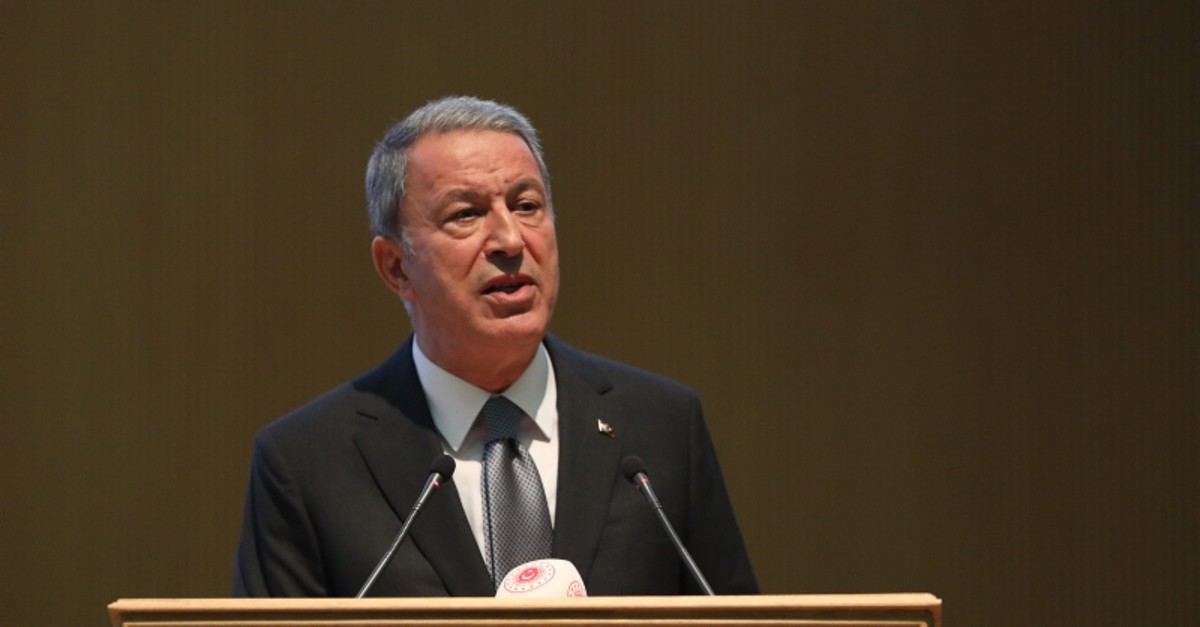 Reports claiming that the PKK-linked People's Protection Units (YPG) is withdrawing from areas near the Turkish border need to be confirmed by officials, and as Turkey we want to personally see all of the terrorists withdraw, National Defense Minister Hulusi Akar said Friday.

"We have received reports from the U.S. that YPG terrorists have withdrawn, and destroyed some emplacements, but these must be confirmed," he said, speaking in Ankara.

Reports said Tuesday that YPG militants had started to withdraw from outposts along the Turkish border, including the Ras al-Ain area.

The U.S., which has designated the PKK as a terrorist organization, still allies itself with the PKK offshoot YPG terrorists. The U.S. has primarily partnered with the YPG in northeastern Syria in the fight against Daesh. Turkey strongly opposes the YPG's presence in northern Syria, which has been a major sticking point in strained Turkey-U.S. relations due to the latter's support for the YPG under the pretext of fighting Daesh. The U.S. has provided military training and given truckloads of military support to the YPG, despite its NATO ally's security concerns.

Turkey and the United States this month agreed after lengthy negotiations to set up a buffer between the Turkish border and Syrian areas controlled by the YPG.

As part of the US-Turkey deal to create a "safe zone" in northern Syria, a joint operations center was set up and there will be joint patrols.

Commenting on recent developments in the safe zone, Akar told reporters he hoped the patrols would start "as soon as possible".

The minister added that two Turkish and two U.S. helicopters had conducted aerial reconnaissance and monitored the area in northern Syria for roughly two hours on Thursday.

O​n Aug. 7, Turkish and U.S. military officials agreed to set up a safe zone and develop a peace corridor running from the Euphrates River to the Iraqi border to facilitate the return of displaced Syrians currently living in Turkey to their home country and provide security for Turkish border settlements and military outposts. They also agreed to establish a joint operations center. The agreement envisages the setting up of measures necessary to address Turkey's security concerns.

Although the first phase to establish a safe zone in northern Syria was launched together with the U.S. after a long period of discussions, Turkey is still approaching the issue cautiously due to the previous failed negotiations with its NATO ally.