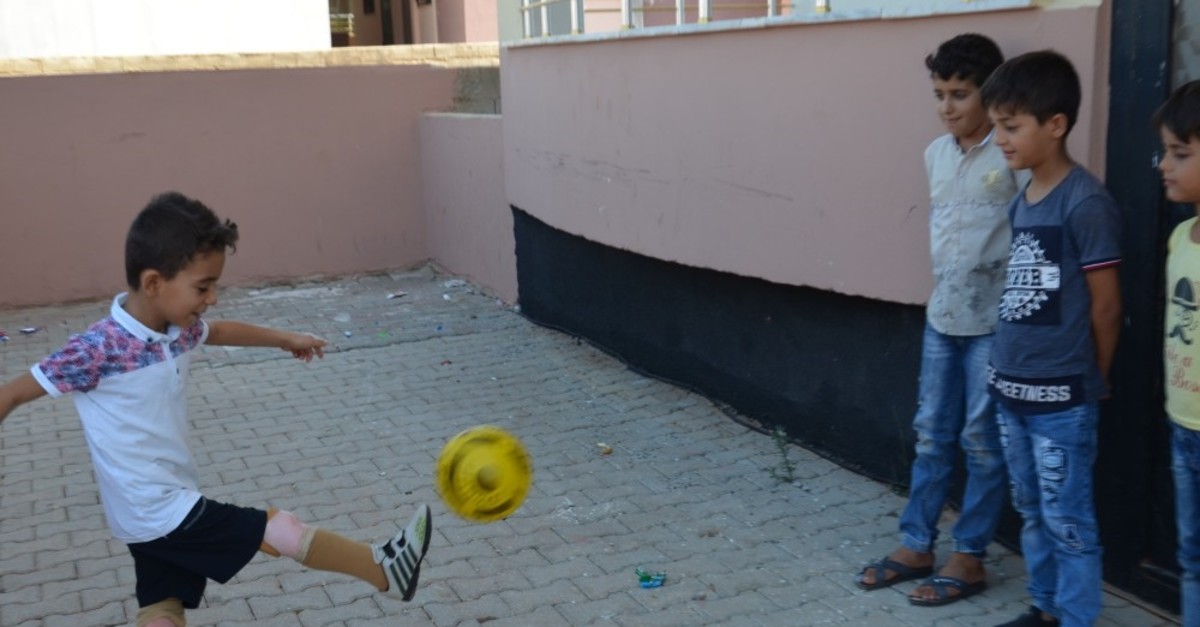 The Syrian civil war has taken the lives of innumerable people, displaced millions and left thousands with life-changing injuries.

Muhammed Lamot, an 8-year-old orphan, is one of those people who needed immediate help. Two years after losing his father in an Assad regime bombing, Lamot himself lost both his legs in an airstrike in northwestern Syria's Idlib.

The city has been on the Bashar Assad regime's radar for quite some time. It has particularly intensified attacks since April. Following the attacks, Lamot and his mother sought refuge in Turkey and were hosted in an orphanage in the Reyhanlı district of southern Turkey's Hatay. There he received treatment.

With the support and help of a Turkish nongovernmental organization (NGO), the Humanitarian Relief Foundation (IHH), the Economic Cooperation Organization (ECO) and the Alliance of International Doctors (AID), Lamot slowly regained his ability to walk and play football with his peers on the street.

"I am overjoyed that I can play with my friends. I feel free since I can attend school and do everything on my own," said the child, whose face was glowing with joy.

IHH official İhsan Karataş said Lamot lost his father five years ago. Two years later, he lost his legs in an airstrike. "The IHH contacted the ECO and together the two institutions sent the child to Istanbul where he received his prosthesis," said Karataş.

Turkey and Turkish NGOs have been a tremendous source of aid in many aspects for Syrian refugees, who have fled their homes due to the civil war in their country that started in 2011. Besides for providing educational, general health, rights and work facilities, Turkey has also touched many lives by providing disabled refugees with prostheses. Thousands of Syrians have received prosthetic limbs in various health centers. An orthosis-prosthesis center was set up in Hatay in 2013, with the help of the European Civil Protection and Humanitarian Aid Operations, an EU humanitarian initiative, and Relief International, a nonprofit humanitarian agency.