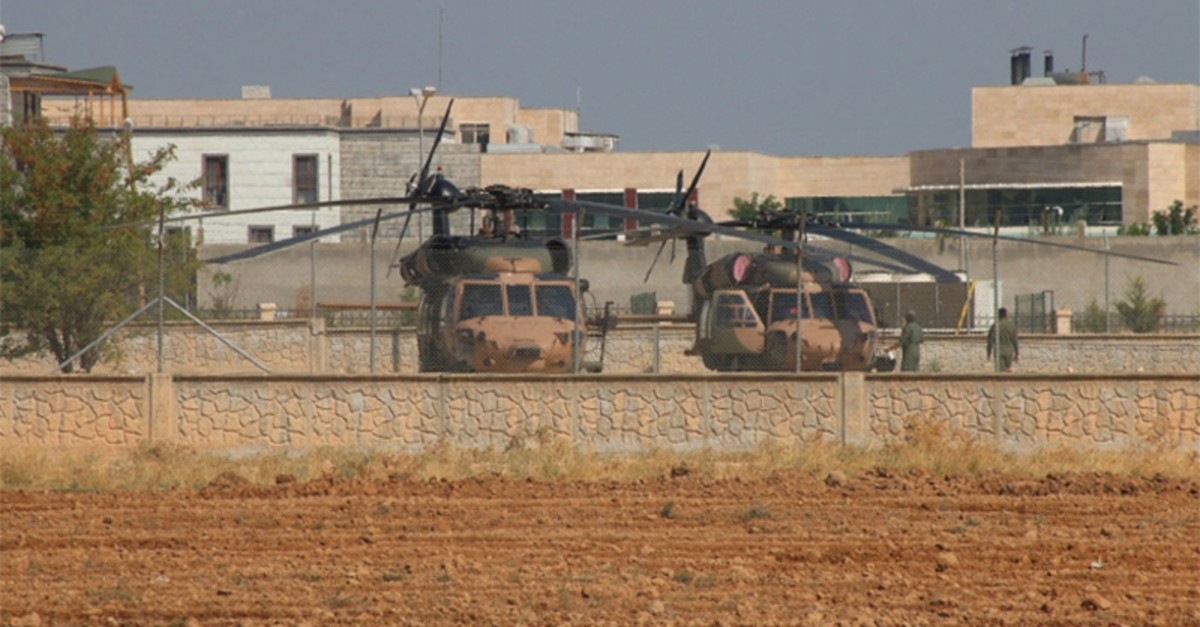 | AA Photo
by Daily Sabah with AA Sep 16, 2019 3:49 pm
Turkish and U.S. armed forces Monday conducted the fifth round of joint helicopter flights for a planned safe zone east of the Euphrates River in northern Syria.

Two Turkish and American helicopters took off from southeastern Turkey's Şanlıurfa, where the two armed forces have established a joint operations center. The helicopters then flew into the Syrian side of the border, according to Anadolu Agency (AA).

They flew to the Syrian side of the border.

According to Turkey's Defense Ministry, the joint patrols were conducted as part of an agreement over the planned establishment of a safe zone in northern Syria.

The agreement also envisaged setting up necessary security measures to address Turkey's security concerns, including clearing the zone of the PKK and its Syrian affiliate, the People's Protection Units (YPG). The U.S. has supported the YPG in the fight against Daesh, regardless of objections from Turkey.

The YPG is the Syrian offshoot of the PKK terror group, which for more than 30 years has been responsible for the deaths of nearly 40,000 people in Turkey, including many children, women, and infants.