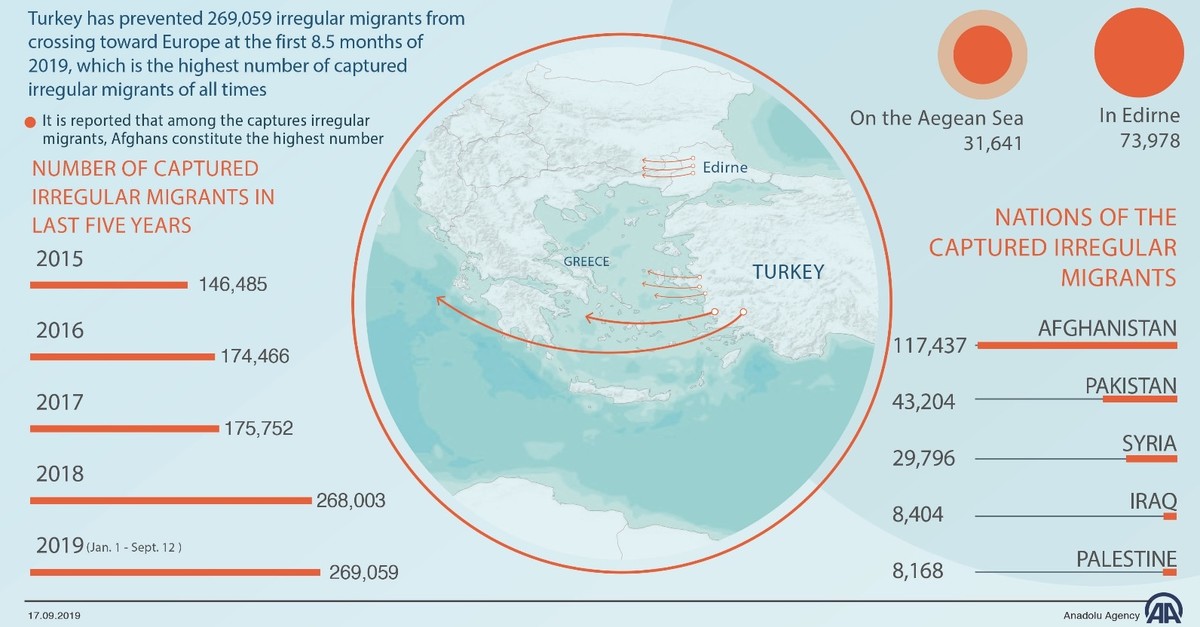 Turkey has prevented some 269,059 irregular migrants, the highest ever, from crossing into Europe in the first eight and a half months of this year.

The country is located in between European and African continents and is often used as a junction point to enter the European countries.

Each year thousands of illegal migrants, many of them fleeing war, hunger and poverty back in their home countries, take a dangerous route to cross into Europe for a better life.

Some of the migrants reach Turkey on foot before eventually taking a dangerous journey across the Aegean to reach the Greek islands. People have lost their lives trying to make the journey of "hope" while many of them were rescued by Turkish security forces.

Turkey continues to fight against irregular migration, particularly in the northwestern province of Edirne and the Aegean Sea.

The majority of the irregular migrants captured this were Afghans, some 117,437. They were followed by 43,204 Pakistanis and 29,796 Syrians.

The country's Thrace region has become a hot spot for irregular migrants.

In Edirne, one of Turkey's westernmost provinces, 73,978 irregular migrants have been captured this year. It is also worth mentioning that the number of terrorists captured in Edirne has increased by 70% compared to the last year. In the Aegean Sea, on the other hand, 31,642 migrants were captured. Meanwhile, 28 irregular migrants were killed in the sea while trying to reach Europe.

Last year, 25,398 irregular migrants were captured in the Aegean while 65 lost their lives.