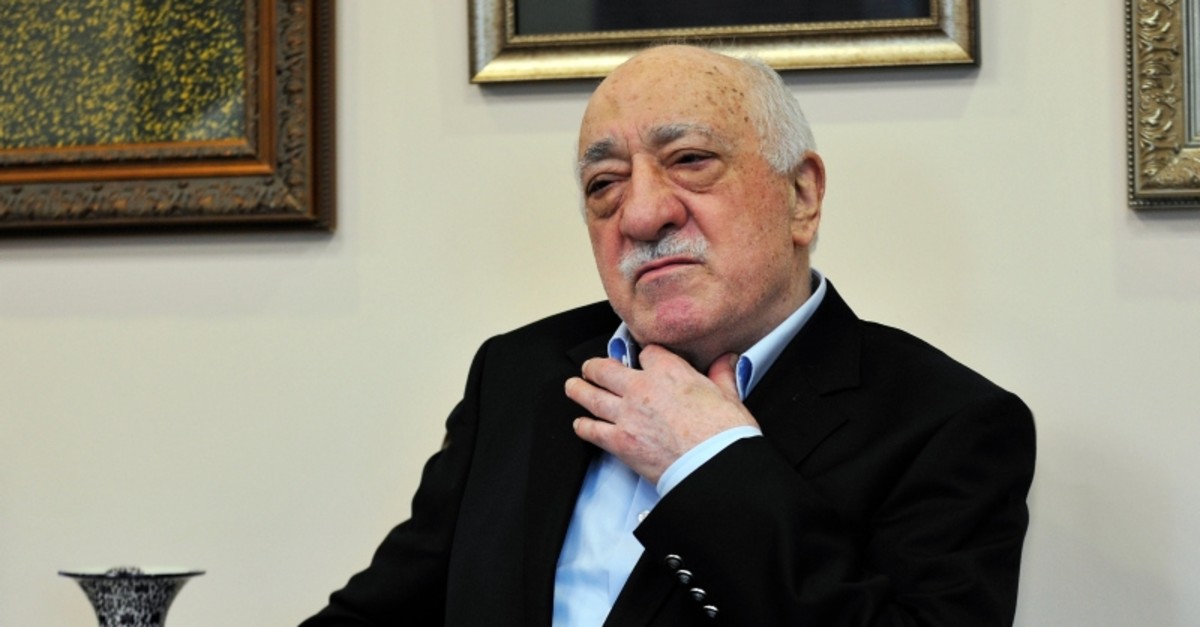 An Egyptian TV channel interviewed Fetullah Gülen, the fugitive leader of the Gülenist Terror Group (FETÖ), in his Pennsylvania compound.

Gülen has been living in self-imposed exile in Pennsylvania since 1999, and is the head of FETÖ, the group behind the defeated coup that massacred 251 people in 2016.

The terror group leader said in the interview he was told by one of the ruling Justice and Development Party's (AK Party) former foreign ministers, who he referred to as a dear friend and his sympathizer, that President Erdoğan could only be stopped if western and Muslim countries unite against him.

Gül, Babacan and Davutoğlu recently turned against President Erdoğan and are rumored to be setting up a new political party.

In the interview, Gülen also admitted that he had influence on Turkish politics through his followers when he appeared to be allied with the AK Party before 2013.

According to the FETÖ leader, many countries in Africa and the Islamic world "look up" to Egypt. He added that the Egyptian leadership "with its efficiency" can be a uniting force in the region.

Gülen's remarks come amid a crackdown on dissent in Egypt since rare anti-government protests last week.

Protests broke out on Sept. 20 in Cairo and other cities following online calls for demonstrations against alleged corruption by Egyptian President Abdel Fattah el-Sissi and the military. Egyptian security forces closed off entrances to Cairo's Tahrir Square on Friday and deployed police reinforcements after a call for a second week of rare anti-government demonstrations. Security forces have stepped up their presence in the main squares of major cities and have been checking mobile phones for political content. On Friday morning, roads leading to Tahrir Square in central Cairo, the epicenter of protests that led to the overthrow of former President Hosni Mubarak in 2011, were closed to traffic. There was a heavy police presence around the square and at some junctions in the city center.

Egypt has arrested nearly 2,000 people in what may be its biggest crackdown since the aftermath of the 2013 coup led by el-Sissi against the country's first and only democratically elected President Mohammed Morsi.