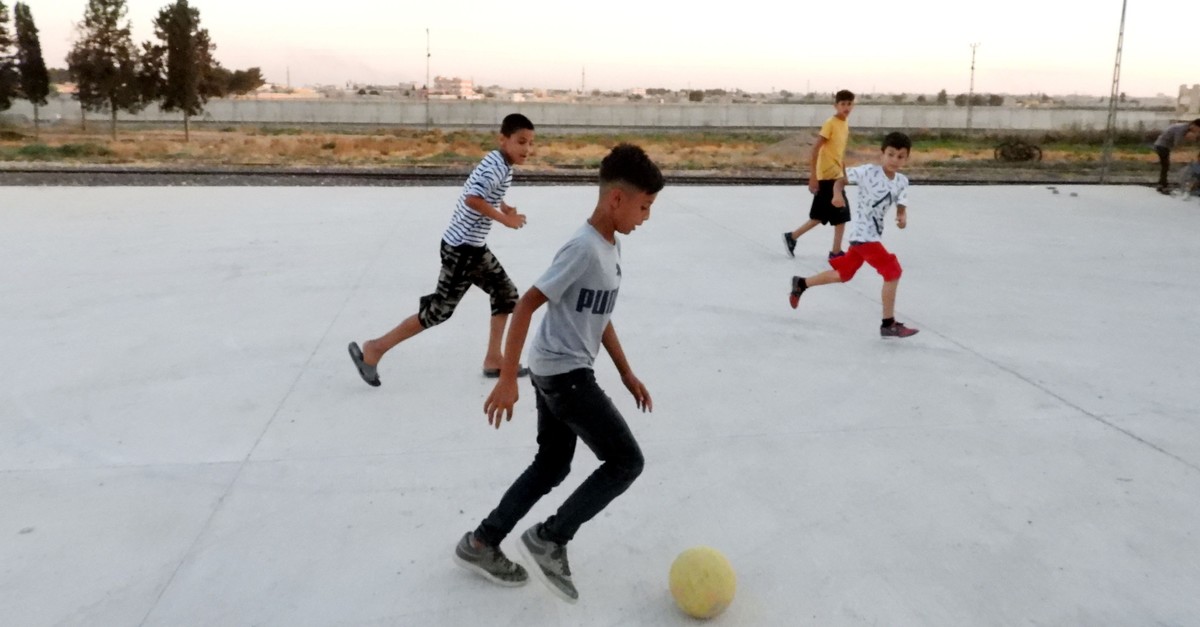 Only a few kilometers away from the planned safe zone, where YPG terrorists are present, civilians in the Syrian border district of Akçakale enjoy a peaceful life thanks to Turkish security forces

Southeastern Şanlıurfa's Akçakale district, neighboring northern Syria's Tal Abyad province where the safe zone plan is expected to be made, experiences an atmosphere of serenity and hope as civilians continue their daily lives and children play along the border without fear. People living just a few hundred meters from Tal Abyad, which is under the control of the PKK and its affiliate the People's Protection Units (YPG), state that this situation disturbs them, yet that they feel secure thanks to the Turkish military. The U.S.-Turkey joint operations center for a possible offensive east of the Euphrates and for the establishment of the safe zone in northern Syria was set up in Akçakale and the district is often a scene of military movement by U.S. and Turkish soldiers.

Amid the ongoing steps taken for the planned safe zone, teachers working in Akçakale said they are quite happy performing their duty here. The teachers said that while many of their colleagues don't prefer to come to the district, there is no need for such prejudices and that they are quite happy here. The teachers held a picnic near the border and said that they have no fears. A principal of a school in the district, Mustafa Şahin, said that they provide students with an education in peace.

"We try to prepare our students for the future as well as we can. We do not face any disadvantage of working along the border," Şahin expressed. The children of Akçakale have gotten used to the military presence in their district and display joy when they see soldiers, they wave to the helicopters that fly from time to time over their homes. The children who are used to the noise of bombs, helicopters and armored vehicles, say that they are not afraid with Turkish soldiers by their side. The children even play football just a hundred meters from the border.

Another teacher Ahmet Şahin said at first he was anxious when he came to Akçakale two years ago but his thoughts have changed since, he recommended the district to all of his colleagues.

Akçakale has also a huge Syrian community looking for safety but also looking forward to returning to their homes. Upon hearing the news the safe zone plan, the people of Tal Abyad continue their daily lives in Akçakale but go to the border in their spare time with the excitement of hopefully returning soon. Turkey previously conducted two offensives in Syria against Daesh and the YPG in 2016 and then in 2018. Operations Euphrates Shield and Olive Branch liberated the region from the YPG, PKK and Daesh terrorists, allowing hundreds of thousands of displaced civilians to return to their homes. On Aug. 7, Turkish and U.S. military officials agreed to set up a safe zone and develop a peace corridor running from the Euphrates River to the Iraqi border to facilitate the return of displaced Syrians currently living in Turkey and provide security for Turkish border settlements and military outposts.