Elif Şafak: The imbalance of being a Westerner and a successful Turkish writer 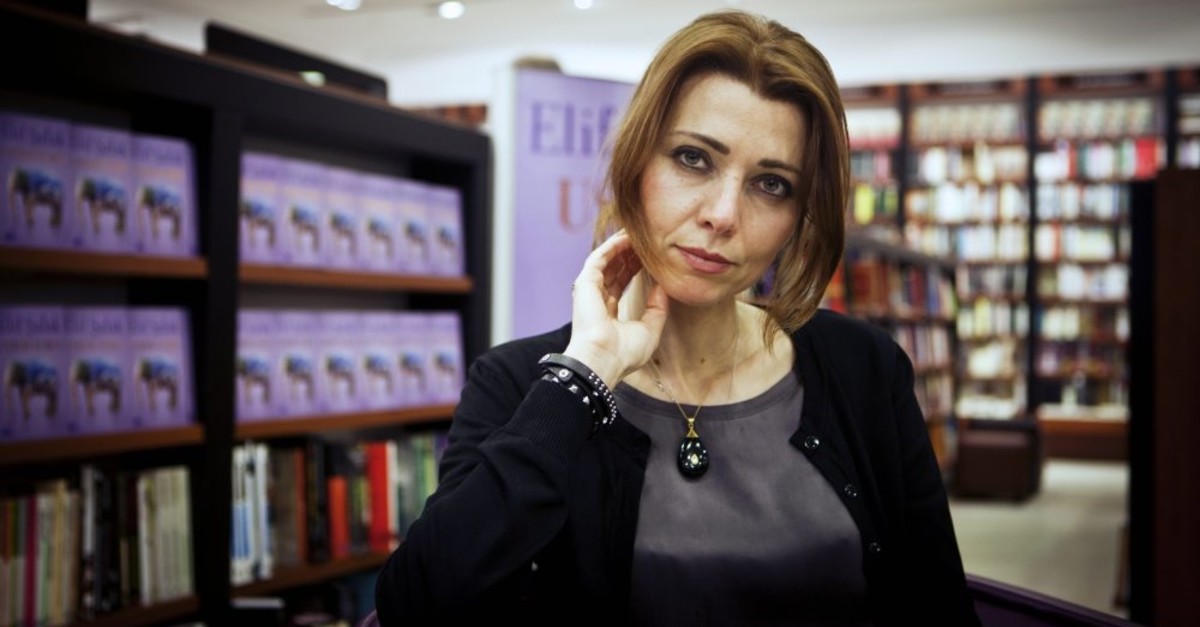 Elif u015eafak, a Turkish novelist of 11 acclaimed books, is being criticized by experts for her hostile attitude toward her country as an attempt to gain popularity.
by Daily Sabah Oct 01, 2019 12:10 am

Despite being a successful novelist, Elif Şafak prefers to base her popularity not on her skills as an author but instead on her anti-Turkey stance with an aim to be favored by the Western world, experts said

Among many famous authors who have emerged from Turkey is Elif Şafak, a world-famous writer of numerous best-selling books. However, despite her acclaimed success in the literary world, the reason why Şafak is so popular is not her profession, but rather her sensational remarks that target Turkey and Turkish politics. Her latest article in The Guardian is yet another example of her use of her own country as a popularity tool, which experts interpret as an attempt to get herself acknowledged by the Western world. In the opinion of Nagihan Haliloğlu, an academic and writer, this stance is not specific to Elif Şafak as many non-western writers feel the need to act in a way that allows the Western world to accept them.

"She tells the Western world what they want to hear. She reflects the mirror they want to see," Haliloğlu said.

Giving the example of Ayaan Hirsi Ali, a Somali-born Dutch-American activist and author, Haliloğlu says that Ali also felt the need to lie when she was migrating to the Netherlands and when those lies were revealed, she said what the authorities wanted to hear. "If you want fame [in the Western world], you do this," Haliloğlu said, indicating that she probably writes about issues that are a hit in the U.K. in order to achieve popularity.

Still, according to Haliloğlu, it is a bit "odd" for a person who has not been living in Turkey for quite a long time to make such strong statements about the country.

Şafak's Guardian article was published right after plagiarism accusations against her, large enough to threaten her career, circulated over social media, regarding her latest book "10 Minutes 38 Seconds." Many social media users portrayed the similarities between Şafak's book and Kahraman Çayırlı's 2007 book "Hayat Kadınları Aldatmaz" ("Prostitutes do not cheat"), claiming Şafak copied Çayırlı's work. It was claimed that Şafak was used similar character name as Çayırlı, only changing the places of a few letters. For instance, the character names Aysel and Adin were turned into Leyla and Dali in Şafak's book, while many scenes from Çayırlı's book were allegedly present in their exact form. Also, Şafak was writing of 10 minutes from Leyla's point of view, while Çayırlı was writing of 10 days from Aysel's view were pointed to as a similarity.

This hasn't been the first time that Şafak was accused of plagiarism, as her 2011 book "İskender" was allegedly a copy of Zadie Smith's White Teeth while her 2013 "The Architect's Apprentice" was allegedly a bit too similar to Jose Saramago's "The Elephant's Journey." Şafak preferred to remain silent over these latest claims and acted in her own, regular fashion by immediately releasing an article in a foreign media outlet targeting Turkey.

Şafak as a freedom fighter in her imaginary Turkey

According to Murat Soydan, a blogger, what Elif Şafak does is nothing but a scenario created by herself.

In Soydan's opinion, this "schizophrenic" stance of Şafak's is somehow being taken seriously by the "prestigious media outlets of Europe," as the latest article by her in the Guardian is a successor to many others before.

Şafak is known for her "surprising" statements, which would present her in a more "liberal" fashion. For instance, in 2017, she revealed that she was bisexual and claimed that she had to keep this personal issue to herself for years, because of Turkey itself. Şafak's statement is commonly mocked by the Turkish audience and seen as a move to seek more attention by many.

"Şafak had to reveal this since she did not have anything else left to share. She said the reason why she hid her bisexuality was Turkey. She tried to turn this into a tool for her opposition stance," said Oray Eğin, a columnist at HaberTürk daily.

Another columnist, Nihat Genç from Oda TV, however, sees Şafak's move as some kind of a cover up for other accusations she faces.

"Elif Şafak is planning to preserve her identity as a writer, which has been diminishing in the face of the criticism toward her such as being an agent, traitor, [follower of] the mucous Mahdi [referring to the leader of the Gülenist Terror Group, Fetullah Gülen], psychopath cult by saying that 'they are attacking me because I'm a lesbian, the ones who are attacking me are homophobes,'" wrote Genç.

In Soydan's opinion, the latest article in the Guardian is only a continuation of these previous statements and articles as she mentions Turkey as the Turkey in her mind instead of the real Turkey.

"Şafak, who closes her ears to the real world and cuts her connection to an intellectual stance, is using her hostility against Turkey as a PR tool," Soydan said, highlighting that she "commercializes" her role as the "freedom fighter." "For someone to speak on the issues which they are not an expert in, is a sign of that person's lack of knowledge," said Hakan Arslanbenzer, a writer and poet, explaining Şafak's tendency to speak on Turkey and its politics as a novelist.

DEFAMING YOUR COUNTRY A CHEAP MOVE

"If she was a person who was more knowledgeable on the issue, of course she could have criticized her own country. However, when there is lack of knowledge, such attitudes allow her to be caught in the middle. In the long run, she will not be able to make up to any sides, despite seeming to be favored by the Western world in the short run," said Arslanbenzer, indicating that it is not a very "stable" act to defame your own country all the time.

Arslanbenzer further underlined that such acts look "diffident and cheap."

Speaking of a video of Şafak's that was released on BBC before the April 16, 2017 referendum, Soydan said that in that video, she was the person who was chosen as a propaganda tool.

"In this video which had a dark atmosphere, Şafak was talking with makeup that made her look drained in a way that would increase the dramatic nature of the video. The background music which was similar to the ones in thriller movies and it also intensified the dark atmosphere. Şafak was talking about the exact parallel reality of her that I've mentioned," Soydan said, adding that the video was full of misinformation not only about the presidential system but also the current circumstances in Turkey. "Although all of that misinformation was corrected by social media users, Şafak did not respond to any correction."

Soydan says that this attitude of Şafak, which is far from being intellectually responsible, is not an "exception" by her as she tends to act this way.

"On Sept. 3, 2018, Şafak wrote an article in the Guardian's opinion section. At that time she was talking about Turkey that existed in her imaginary world. In her article, Şafak said that Turkey is isolated from the world, embraced politics that aims to turn into itself and become a country that is anti-Europe," Soydan said, indicating that this article of Şafak also received many corrections since the country not only has a multidimensional foreign policy but has also never stopped having diplomatic ties with the Western world, even at the toughest of times.