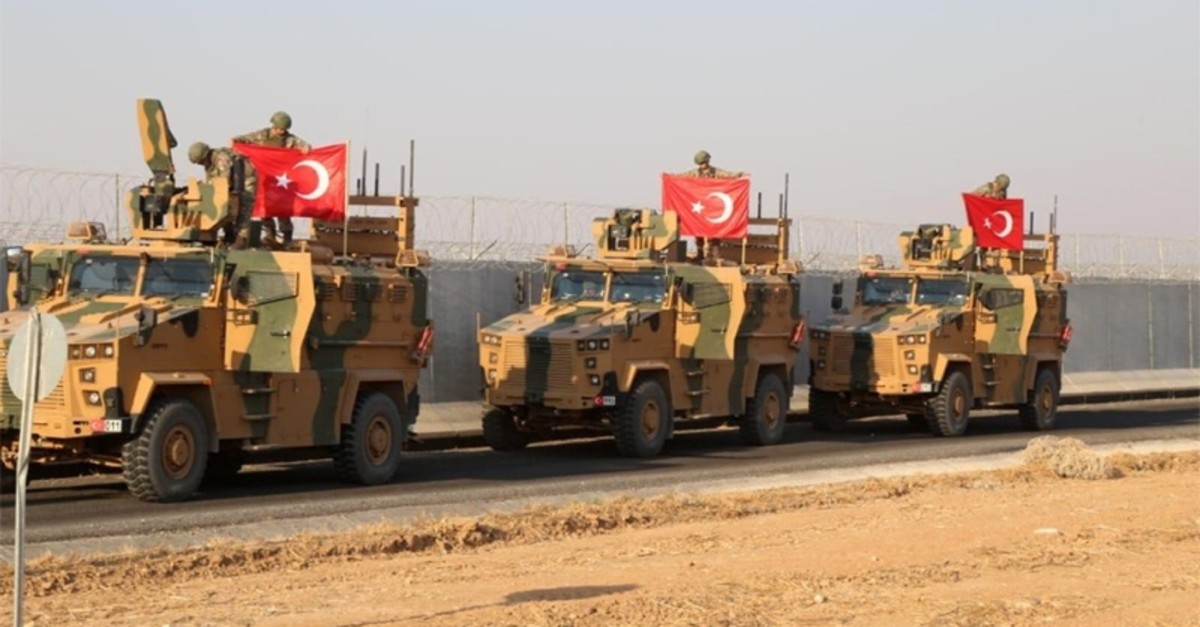 U.S. and Turkish troops conducted their third joint ground patrol on Friday within a planned safe zone in northern Syria, along the Syrian-Turkish border, the Turkish National Defense Ministry said.

"Third land patrol within the planned safe zone started east of Euphrates River and Tal Abyad with the participation of the U.S. and Turkish army personnel, land vehicles and UAVs," the ministry said on Twitter.

The Turkish and U.S. forces are set to conduct a land patrol in the Syrian town of Tal Abyad.

U.S. and Turkish troops carried out their first joint ground patrol for the zone on Sept. 9.

Turkey has long championed the idea of terrorist-free safe zones in Syria. It has stressed ridding the area of the terrorist YPG/PKK, the Syrian branch of the PKK, as well as resettling Syrian migrants currently sheltered in Turkey.

While Turkey welcomes the joint patrols, it has also said the U.S. is not doing enough enough to set up the safe zone properly.