Altun: 'Media center against anti-Muslim sentiment to be global brand' 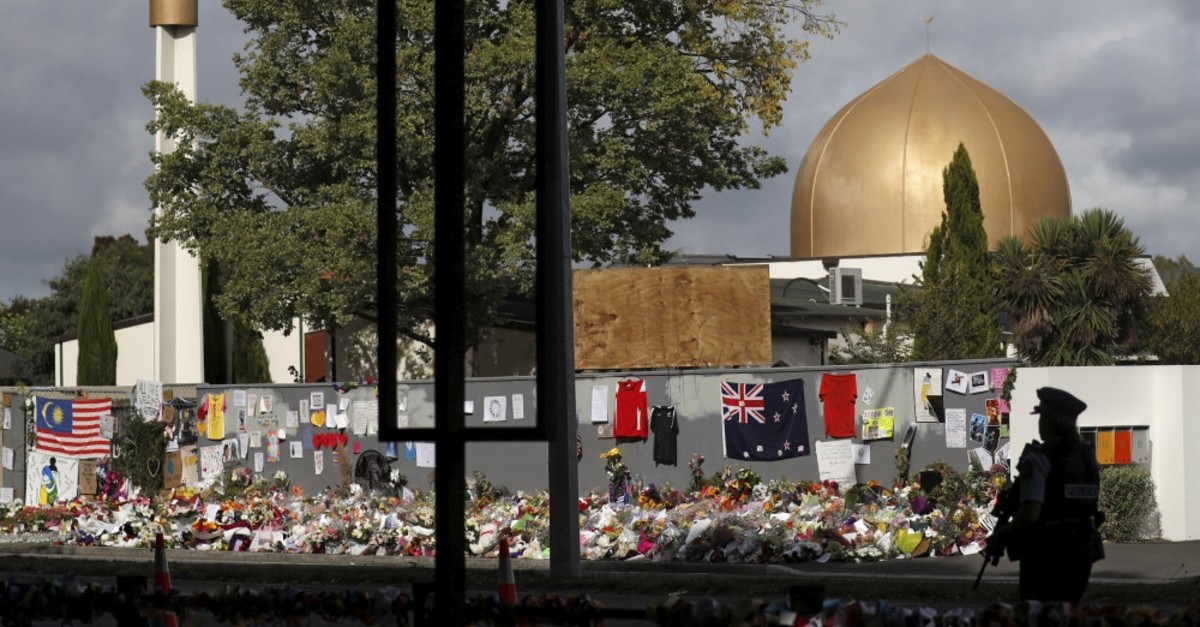 51 Muslim worshippers were killed when an anti-Muslim terror attack targeted two mosques in Christchurch, New Zealand on March 15, 2019.
by Daily Sabah with AA Oct 05, 2019 12:04 am

A joint media center of Turkey, Malaysia and Pakistan will function as a part of global strategy against anti-Muslim racism across the world, communications director Fahrettin Altun says

The proposed Turkey-Pakistan-Malaysia media and communications center against anti-Muslim racism will be a strong global brand with high-quality content in English, according to Presidency Communications Director.

"We believe that a global brand will be established. Actually, we will establish a media and communication center and a channel to fight Islamophobia. This digital platform will produce videos for social media, make documentaries and video news," Fahrettin Altun said Friday, speaking to Anadolu Agency (AA).

The decision was made during a trilateral meeting between Pakistani Prime Minister Imran Khan, President Recep Tayyip Erdoğan and Malaysian Prime Minister Mahathir Mohamad in the 74th session of the U.N. General Assembly in New York last week.

Altun said the three countries have formed a study group for conceptual works. He added that a framework will be completed before Erdoğan's visit to Pakistan on Oct. 23-24. Altun also said that all digital opportunities and channels will be included for a comprehensive and efficient network.

About the language of the channel, Altun said the channel will use English in the first phase and other languages may be included later. Pointing to Erdoğan's speech at the U.N. General Assembly, Altun said a comprehensive global strategy is needed against anti-Muslim racism.

President Erdoğan earlier highlighted the rise of racism, xenophobia and anti-Muslim discrimination as threats against international peace and stability, underlining the importance of a global strategy to fight such crimes against humanity.

"It is our fundamental duty to adopt inclusive public rhetoric to eradicate this foe [ant-Muslim sentiments] once and for all," he told the international community.

Erdoğan also requested the U.N. to designate March 15, the day marking the violent Christchurch attacks, as "International Day for Solidarity against Islamophobia."

He further added that such crimes are adopted by some politicians for their political agendas and warned that if anti-Muslim movements cannot be stopped, they will bring more violence and terrorism. "At that point, we see this television channel as an important opportunity to develop relations between the Islamic world and the Western world and eliminate the biases," he added.

Altun said it is very likely that the television channel will be established in Istanbul and benefit from the experience of Turkish Radio and Television Corporation (TRT).

"Of course, there will be representation offices in other countries' capitals. All the structure a global channel needs will be implemented," he said.

Altun also touched on the expectations from the television channel and media center. He stressed the role of media in the negative depiction of Muslims across the world.

"As our president underlined, Muslims are among the groups most suffer from hate speeches, insults against sacred values and discrimination. As I said, Islamophobia is a new type of racism targeting and discriminating Muslims. At that point, both conventional media and social media play very serious roles about the negative perception of Muslims. Especially in Western media, it is very obvious that Islam and Muslims are approached very negatively," Altun explained.

Considering all these developments, Altun underlined that an international initiative focusing on the fight against anti-Muslim racism was very necessary and added that the planned initiative will also function as "a watch center against Islamophobia."

Pakistani Prime Minister Khan, who indicated that misunderstanding regarding Muslims could be fixed in this way, said that "misperceptions which bring people together against Islam will be corrected; the issue of blasphemy will be properly contextualized; a series and films will be produced on Muslim history to educate and inform our own people and the world, and Muslims will be given a dedicated media presence."

Various journalists supported the decision and perceived it as a good way to tell the world of the oppression Muslims face and to fight the false idea that Muslims are terrorists.