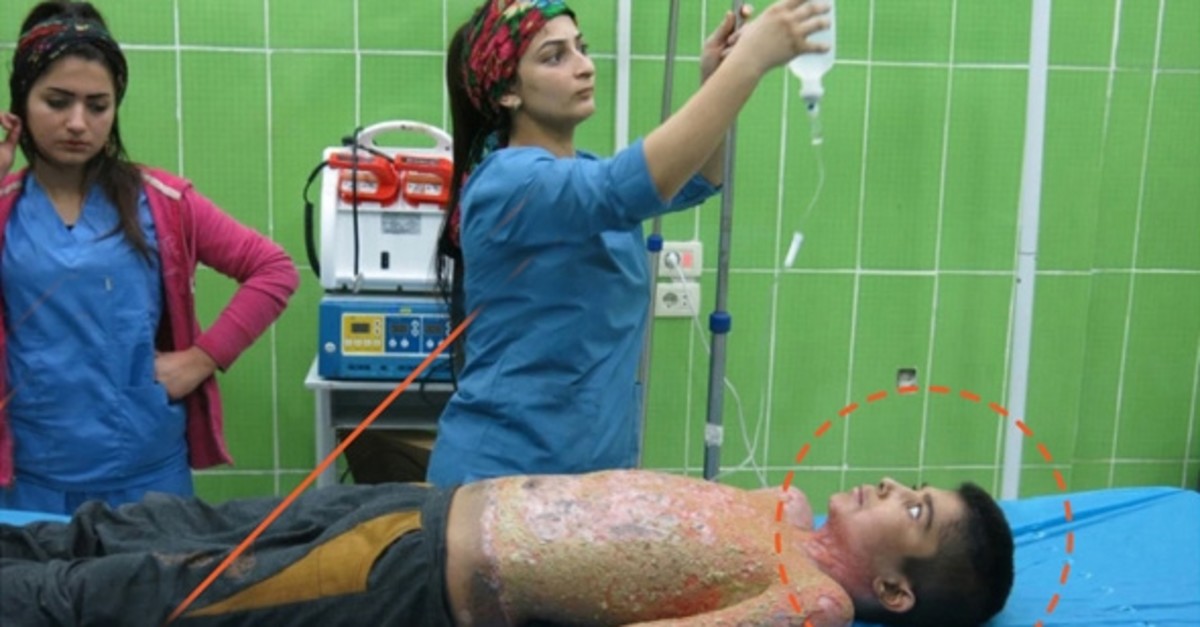 by Daily Sabah Oct 19, 2019 9:04 pm
The allegations made by terrorist PKK-linked social media accounts, claiming that the Turkish military used white phosphorus in Operation Peace Spring in northeastern Syria are groundless due to a number of technical reasons, experts said Saturday. 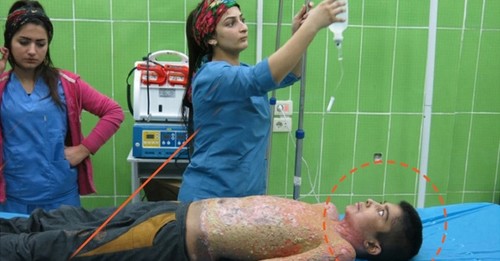 Özden was commenting about a video claiming that a child was injured in a white phosphorus attack by the Turkish military.

"If the burn was caused by a chemical attack with white phosphorus — as it is claimed, — then all health care professionals treating the child would have to wear protective clothing with masks and decontaminate the victim, but pictures show that the nurses around him are not wearing the necessary attire," Dr. Özden said, adding that a chemical attack would be highly contagious and would affect hundreds or thousands of people around him.

Dr. Özden highlighted that the child's face would have been affected by the white phosphorus burn if a chemical attack had been carried out, but there is nothing on the child's face.

He continued by saying that the allegations are simply groundless as if there had been a chemical attack, hundreds of people would have been affected rather than just a single person.

"The moment the child entered the emergency ward if he was admitted without being decontaminated — as he was —then this means the whole hospital was contaminated if there was really a chemical attack but the photo shows it is nothing but a defamation campaign," he added.

Özden also noted that the people who released the footage have no clue about the details of chemical attacks and how emergency workers deal with such situations.

"If there was a chemical attack then neither the photographer or the medical staff would have been alive," he said.

Meanwhile, Chemical, Biological, Radiological and Nuclear Defense experts who analyzed the photos said that the child's wounds looked like second degree burns most probably caused by his sweater.

"No trace of chemical attack is seen on the child's face, eyes or hair or his legs," the experts told Demirören News Agency (DHA).

They noted that people suffering from chemical attacks experience itching, burns, redness, swelling of the eye, strong pain, coughs, shortness of breath and skin reactions, but the child seen in the footage did not have any of the effects.

On a different note, experts touched upon the fact that in the video someone tells the child to "cry," which shows that the whole scene was acted.

The Turkish military has strongly denied claims about using chemical weapons or targeting civilians in its operations. Officials have stated that the Turkish Armed Forces' does not have any chemical weapons in its inventory and the country has been a party to "the convention on the prohibition of the development, production, stockpiling and use of chemical weapons and on their destruction" since 1997.

The PKK sympathizers have been carrying out a massive defamation campaign against Turkey since the country launched its third counterterrorism operation in northeastern Syria, targeting the PKK's Syrian affiliate, the People's Protection Units (YPG) and Daesh terrorists.

The terror group-related accounts have been sharing fake images to accuse Turkey of attacking civilians and most recently have published the pictures of chemical weapon attacks which were taken in different places long before Turkey launched the operation.
Last Update: Oct 20, 2019 12:37 am
RELATED TOPICS