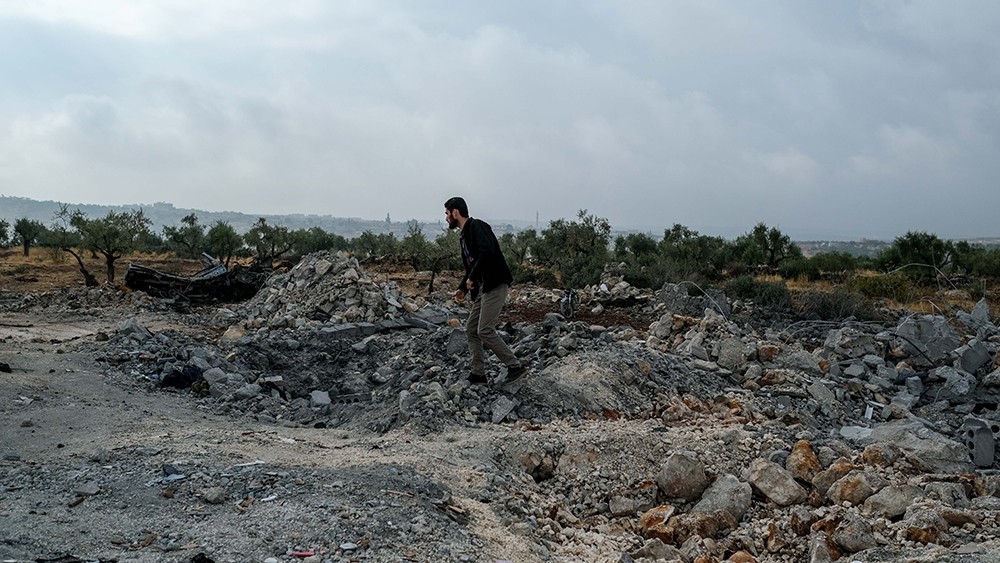 People living in the northwestern Syrian village of Barisha thought Daesh terrorist leader Abu Bakr al-Baghdadi was a fabric merchant who lived in a large house with his family, locals told Daily Sabah on Tuesday.

Al-Baghdadi lived in a large bungalow house located some 500 meters away from the village of Barisha, located 25 kilometers from Turkey's Cilvegözü border crossing. The house was surrounded by concrete walls, according to witnesses who live in the village. 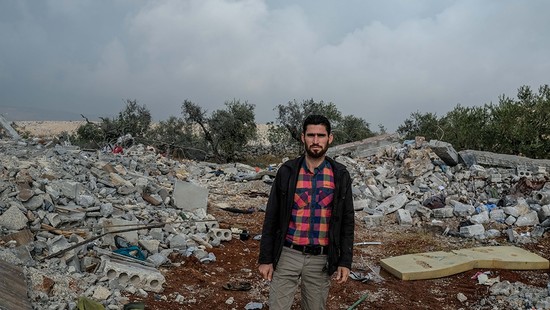 "There was a large house here and the man who lived here was known as a cloth merchant by the name of Abu Muhammad Halabi," local resident Abu Ahmed Barisha told Daily Sabah, adding that they thought the family was a migrant family, like thousands of others who constantly move from one place to another due to conflict in the region.

The villager said U.S. soldiers arrived at 12 a.m. on Oct. 27 and residents were "too scared" to go outside due to the large-scale operation that took the terrorist leader down. 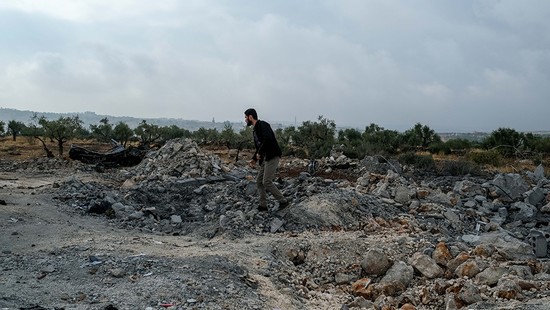 "US soldiers shot at everything that was moving"

"Whoever was walking or driving outside that night got shot," he said, adding that the operation took four hours and many houses in the area were damaged, while people carried the injured victims to the hospital. 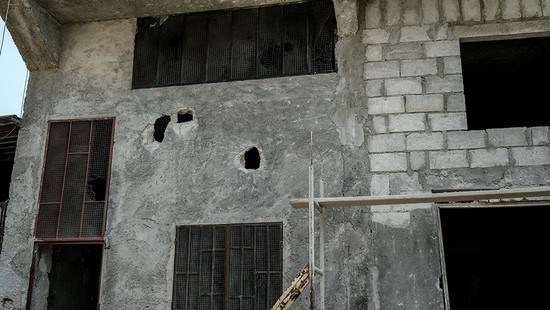 "The villagers have no clue as to who was in the house and what happened there that night," he said.

VIDEO — More footage of the remains of the compound in northwestern Syria where Daesh terrorist group leader al-Baghdadi was killedhttps://t.co/V6SaNuZCit pic.twitter.com/K2sbwDBDox

Reports noted that a vehicle and a truck were hit by U.S. forces on the night of the military raid, which involved eight helicopters and two unmanned aerial vehicles.

The house in which al-Baghdadi and his family lived in was destroyed by unmanned aerial vehicles following the raid, reports said.

A pile of debris is the only remnants left of the house, while three large holes near it show the degree of destruction. Three tents, two vehicles, a motorcycle and olive trees in the area also suffered significant damage as a result of the raid, the report said. 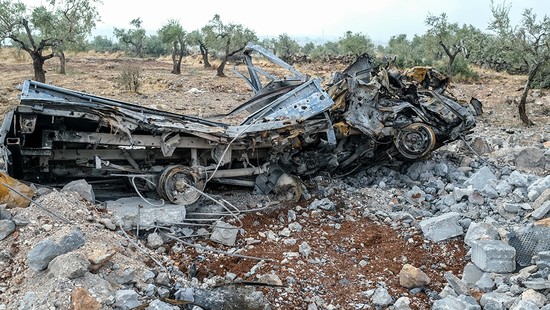 Local sources also said that a couple of pregnant women, who were frightened by the explosions during the raid, had miscarriages, while an elderly couple who got scared and tried to go to their son's home nearby were shot in their arms and legs.

Fear could still be seen in the eyes of women who live in a tent near al-Baghdadi's house as they recalled the night. One of the women said that a U.S. soldier who approached them spoke Arabic.

"We were so scared when we saw U.S. helicopters landing in the area. One of them spoke Arabic. I think he was Jordanian," she said, adding that the soldier told families living in the tents to leave the area as large-scale clashes would be taking place.

The woman also noted that the soldiers searched them after one of the women in al-Baghdadi's household detonated herself. Some soldiers waited with them until the operation was completed, she added.

His presence in the village, came as a surprise, as some Daesh leaders are believed to have fled to Idlib after losing their last sliver of territory in Syria to the U.S.-allied Syrian Democratic Forces (SDF) in March.

Over the years, he has been reported multiple times to have been killed, but none have been confirmed. In 2017, Russian officials said there was a "high probability" he had been killed in a Russian airstrike on the outskirts of Raqqa, but U.S. officials later said they believed he was still alive.