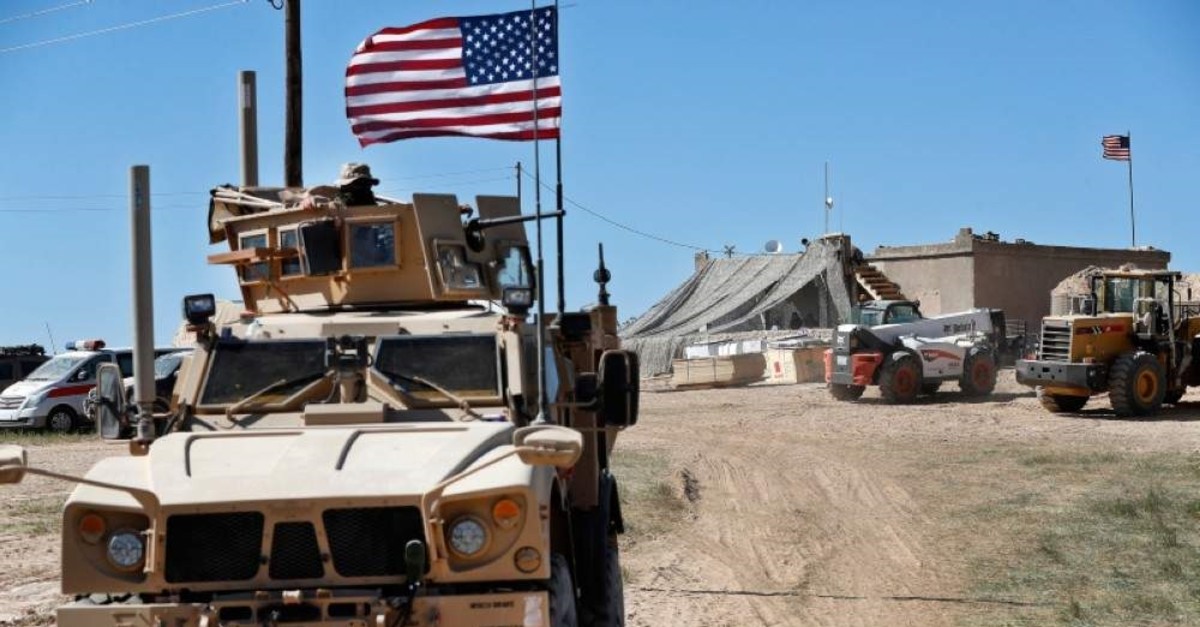 | AP File Photo
by Compiled from Wire Services Oct 31, 2019 2:25 pm
U.S. forces in armored vehicles conducted a patrol on the Syria-Turkey border Thursday, the first such exercise since a U.S. decision to withdraw from northeast Syria, an AFP correspondent reported.
Five armored vehicles bearing U.S. flags patrolled a strip of the frontier north of the town of Qahtaniyah, an area where Assad regime forces were expected to deploy as part of a deal with Turkey, the correspondent said.
The patrol was accompanied by PKK’s Syrian offshoot People’s Protection Units (YPG)-dominated Syrian Democratic Forces (SDF).
U.S. forces used to patrol the section of the border north of Qahtaniyah before Washington announced its pullback Oct. 6.
The Britain-based Syrian Observatory for Human Rights said it is part of an eastern stretch of the frontier where U.S. forces are seeking to maintain a presence.
"They want to prevent Russia and the regime from reaching parts of the border that lie east of the city of Qamishli," Observatory head Rami Abdul Rahman said.
The patrol follows the arrival of U.S. reinforcements in Syria from neighboring Iraq in recent days, in what has been seen as a reversal of U.S. President Donald Trump's pullout order.
Washington has begun reinforcing positions in Deir el-Zour province with extra military assets in coordination with the SDF to prevent the Daesh and other actors from gaining access to oil fields in the area, a U.S. defense official has said.
The Turkish army and its Syrian proxies launched Operation Peace Spring against YPG terrorists in northeastern Syria Oct. 9 with the aim of creating a safe zone near the border and facilitate the voluntary return of Syrian refugees.
Under the deal signed in the Russian Black Sea resort of Sochi, Turkey is to assume control over one 120 kilometers (75 miles) wide section in the center of the border, while Assad regime forces are to deploy in sections to the east and west.
Along the whole length of the border, a 10-kilometer-deep buffer zone is to be created on the Syrian side which will be jointly patrolled by Russian and Turkish troops.