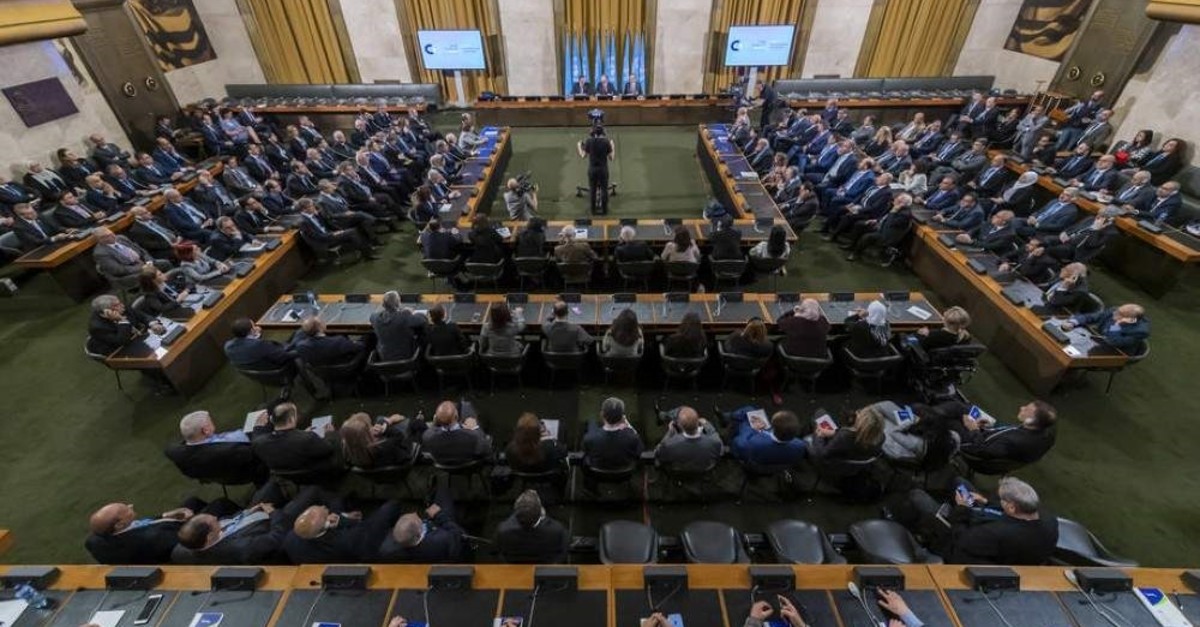 A general view during the meeting of the Syrian Constitutional Committee, at the European headquarters of the United Nations in Geneva, Oct. 30, 2019. EPA
by Daily Sabah Nov 01, 2019 5:38 pm

While historical steps are being taken in Geneva with the formation of a constitutional committee on the way to a political solution to the Syrian conflict, regime still balks at the developments despite overwhelming international support