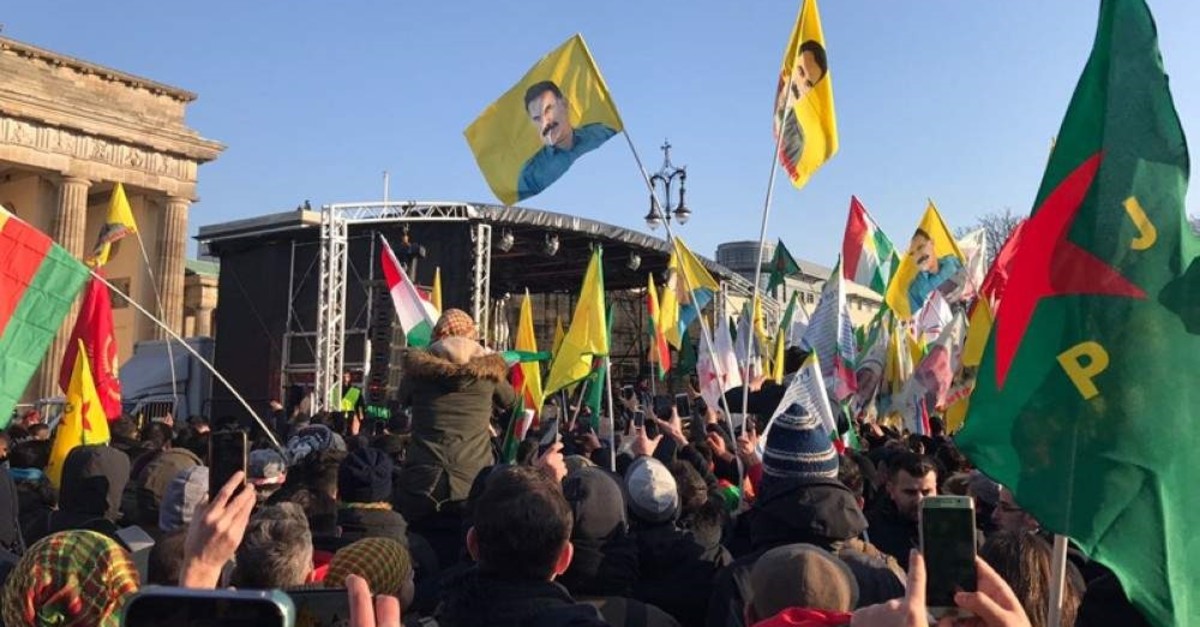 An Iranian member of the terrorist PKK’s Syrian offshoot the People’s Protection Units (YPG) urged supporters in Europe to attack Turkish embassies, restaurants and stores rather than holding protests, which he claimed were “useless.” The terrorist’s comments reaffirmed the YPG/PKK’s violent ideology, which has resulted in the suffering of thousands of people in Syria, Turkey and the region.

The terrorist’s comments follow a series of violent protests and attacks by YPG supporters in Europe, who are targeting the Turkish community amid Turkey’s Operation Peace Spring in northern Syria, which is eliminating the YPG terrorists from the border region and creating a safe zone for the voluntary return of refugees.

“These initiatives (protests) are meaningful but have no impact on the course of events,” the terrorist said, adding that he requests Kurdish people in Europe to target Turkish restaurants, embassies, trade centers and anything that bears the name of the Turkish people.

The terrorist said Kurdish people should not think that Turkish people are innocent:

The provocative language used by the terrorist indiscriminately labels all Turkish people as enemies of the Kurdish people.

Turkish officials stress that Turkey does not have any problems with the Kurds but fights against terrorist organizations regardless of their ethnicity or religion.

However, the YPG terrorists exploit ethnic and religious sentiment to provoke violence.

Supporters of the PKK terror group and the YPG have been terrorizing Europe under the guise of "protesting" Turkey's Operation Peace Spring in northern Syria. YPG supporters have attacked Turkish people in Germany, Italy, Belgium, Switzerland, Sweden, Finland, France, Greece and the Netherlands.

This is not the first time Turkish civilians have been targeted by the PKK in Europe as whenever Turkey launches an operation against terrorist groups, their supporters target innocent civilians across Europe by benefiting from the lack of measures by European governments.

Turkish authorities criticize European governments for failing to take proper measures to prevent attacks by terrorist supporters and ensure the security of Turkish people living there.

Following the start of Operation Olive Branch in early 2018, PKK supporters attacked 13 mosques in Germany, including Yeşil Mosque, Eyüp Sultan Mosque, Sultan Alparslan Mosque and Ulu Mosque. All of the mosques are run by the Germany branch of the Turkish-Islamic Union for Religious Affairs (DİTİB).