Disrespecful to refer to YPG as Kurds, Erdoğan says 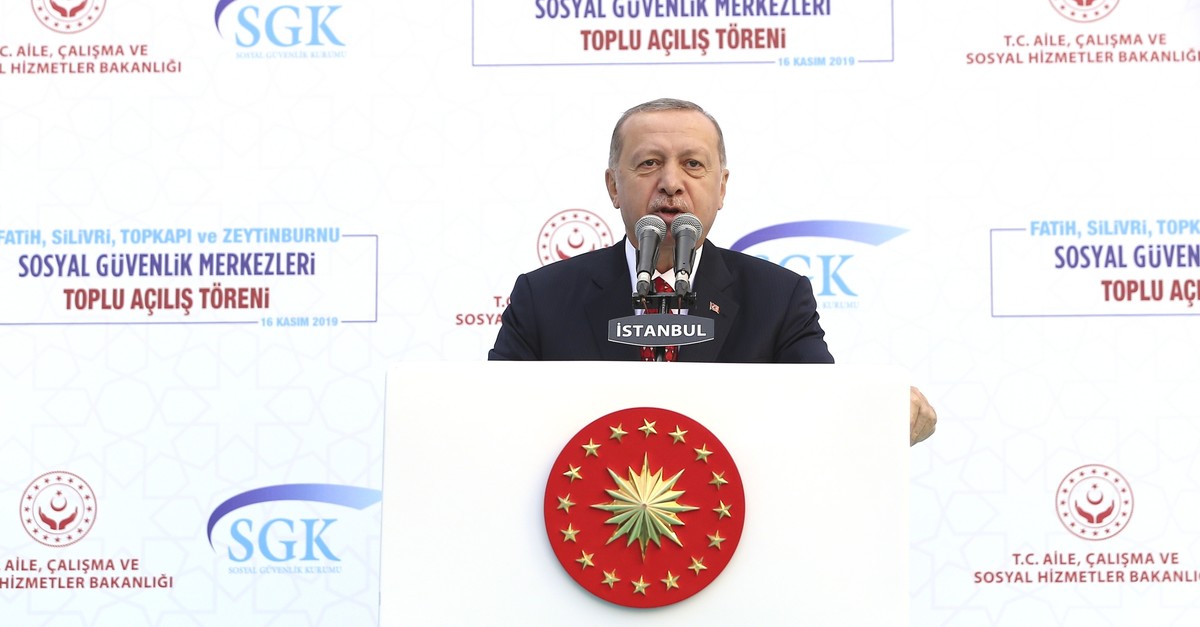 It is disrespectful to refer to the PKK's Syrian offshoots as "Kurds," President Recep Tayyip Erdoğan said Saturday.

"It is simply disrespectful to define YPG/PYD as Kurds," Erdoğan said in a joint groundbreaking ceremony of the Social Security Institution's district branches in Istanbul's Zeytinburnu district.

The People's Protection Units (YPG) and its political wing, the Democratic Union Party (PYD), are the Syrian offshoots of the PKK, a designated terror organization in the U.S. and Turkey.

Erdoğan was criticizing Western officials, especially the ones in the U.S., who refer to the terrorists as Kurds.

Meanwhile, Erdoğan also said Turkey will not bow down to pressure by world powers and will continue to strive to independently meet its own defense needs, Erdoğan said.

"We fulfilled our defense needs when some countries failed to sell us the products we wanted to purchase," the president noted.

Over the last 16 years, the Turkish defense industry has gone through a profound transformation to domestically manufacture a series of military platforms, reaching up to 65% in domestic defense products as opposed to just 20% in early 2000.