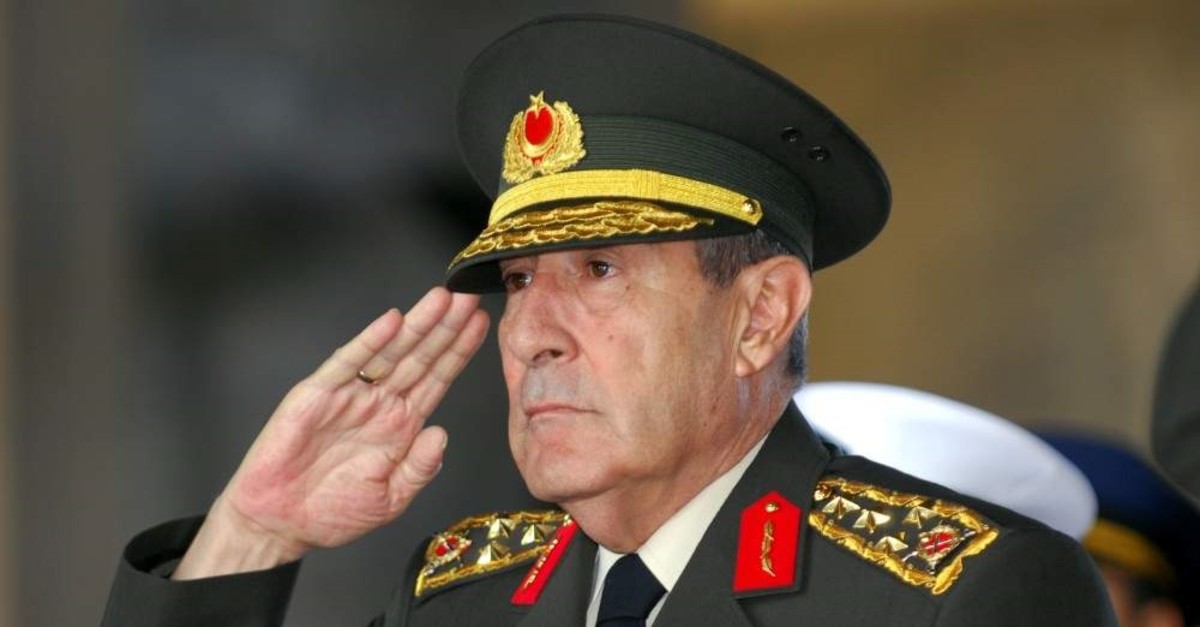 Turkey’s former Chief of General Staff Ret. Gen. Yaşar Büyükanıt has died at the age of 79.

The former general had been receiving treatment at the hospital and died early Thursday, according to Anadolu Agency.

Büyükanıt was unable to attend the funeral of his wife Filiz Büyükanıt on Monday due to his poor medical condition.

Born in Istanbul in 1940, Büyükanıt graduated from the infantry school in 1963. He served in various NATO ranks as staff officer and also served as the commander of the Kuleli Command Post and Presidential Guard Regiment. He became a general in 1988 and served as the secretary-general of the chief of staff as a major general. He worked his way up to the rank of lieutenant general in 1996, later becoming a general. He was appointed as the head of the Land Forces Command in 2004. He then served as the 25th chief of general staff.

Büyükanıt was involved in a controversial memorandum published on April 27, 2007, the month of a presidential election in Turkey. The memorandum, exclusively published online, read that the Turkish Armed Forces (TSK) was concerned about the "erosion of basic values, primarily secularism," and tied the activities of the conservative population permitted by the ruling Justice and Development Party (AK Party) government, such as the recitation of the Quran at public events, to a reactionary movement "against the state."

The statement was apparently targeting Abdullah Gül, AK Party's presidential candidate with a conservative history in a country where a civil servant married to a woman wearing a headscarf was deemed a threat to state security by the secular elite. Gül eventually won the election while the government ignored the harshly worded memorandum. Years later, Büyükanıt testified at a Parliamentary Coup Investigation Commission, saying that the e-memorandum was not issued in response to the presidential election but rather aimed to reflect TSK’s sensitivity regarding secularism.

Büyükanıt also held a closed-door meeting with then-Prime Minister Recep Tayyip Erdoğan on May 5, 2007, at the prime ministry office in Dolmabahçe Palace in Istanbul. The details of the meeting remain a secret to this day.